A bipartisan congressional effort is underway to maximize US aid intended for stabilization efforts in Syria. 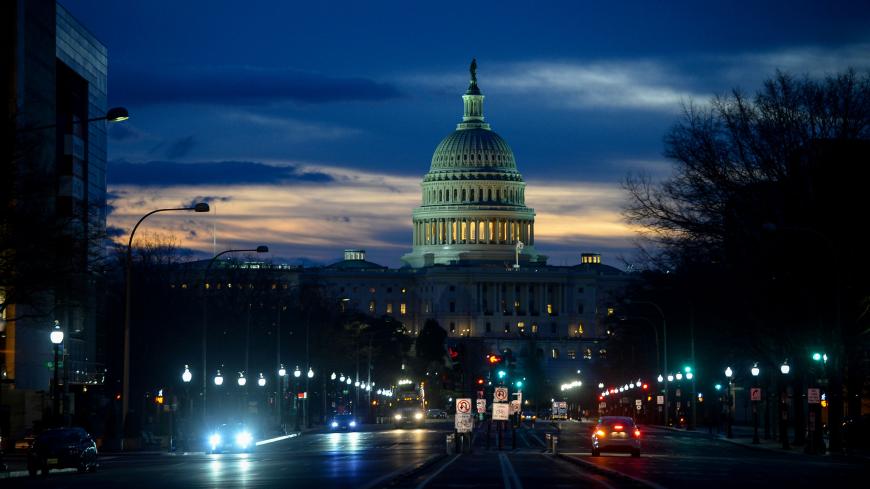 The US Capitol is bathed in morning light at sunrise in Washington, DC, Feb. 14, 2020. - REUTERS/Mary F. Calvert

The chairman of the House panel on foreign relations is leading a bipartisan push to maximize the US bankroll for the vast stabilization effort in war-torn Syria, after the Donald Trump administration zeroed out the American investment.

In a letter to the leaders of the House Appropriations Committee sent late last week, bipartisan members of the House of Representatives Syria caucus, led by Rep. Eliot Engel, D-Ny., pushed the panel’s leaders for the “highest funding possible” for State Department and USAID funding for Syria.

“Syria’s stability is essential to the long-term security of the United States and our regional allies. The fight against Al Qaeda and [the Islamic State] is not over,” read the letter, signed by a group of 18 Democrats and Republicans in the House. “By ignoring the important role these programs play in responding to radical threats, we will leave behind fertile recruiting grounds for the next generation of ISIS.”

Past funding for stabilization efforts in Syria supported efforts to get clean water running, rebuild schools, clear extensive rubble and demine areas so they are habitable again for returning Syrians, the writers said.

The drafters have also urged the Trump administration to implement so-called Caesar Sanctions against the regime of President Bashar al-Assad that would discourage investment in the country. Meanwhile, the situation has become more dire in recent weeks as an uptick in fighting has coincided with nearly four million Syrian and Iraqi internally displaced people needing winterization assistance, according to the United Nations.

But the Trump administration zeroed out stabilization funding for Syria in 2019 over congressional protests other than assistance to the White Helmets, who conduct search-and-rescue operations and evacuate civilians in opposition-held areas of northwest Syria. Earlier this month, Turkey’s envoy to the United States called for other countries to help Ankara contend with more than three million Syrian refugees that have crossed its borders.

The Trump administration’s move to cut aid left American programs to run on foreign dollars from Arab Gulf states and European allies, and most of the personnel from the State Department’s so-called START program that assisted with reconstruction and stabilization in areas of northeastern Syria liberated from the Islamic State by the Kurdish-backed Syrian Democratic Forces.

Meanwhile, the US aid spigot appears to be turning back on, for now. During a trip to the region earlier this month, Craft and US special representative for Syria engagement James Jeffrey announced more than $100 million in US aid for Syria, about a fifth of what the UN has asked for to help Syrians forced from their homes dealing with intermittent fighting and freezing conditions.

The leader of the White Helmets group has been in Washington over the past week to urge more funding to deal with the situation in Idlib, Al-Monitor reported on Tuesday.

Yet beyond an uptick in aid, it remains unclear how far the Trump administration will go to help alleviate the situation, as the spread of the novel coronavirus across the continental United States has led to travel restrictions for US troops, as US Central Command has limited travel for those deployed to the Middle East. At multiple Pentagon briefings this week, Defense Secretary Mark Esper and top spokesmen for the agency refused to entertain questions about a surge in rocket attacks against Iraqi installations housing American forces.

There are 600 US troops in the country based in northern and eastern Syria, holding ground and oil fields in areas once controlled by the Islamic State, limiting a potential US response. Esper said earlier this month that the Pentagon had ruled out retaliatory airstrikes after more than 30 Turkish troops were killed in a strike in Idlib in late February.