The Turkish president has again warned Syria it has until the end of this month to halt its Russia-backed offensive against opposition forces that has pushed nearly a million people to the Turkish border. 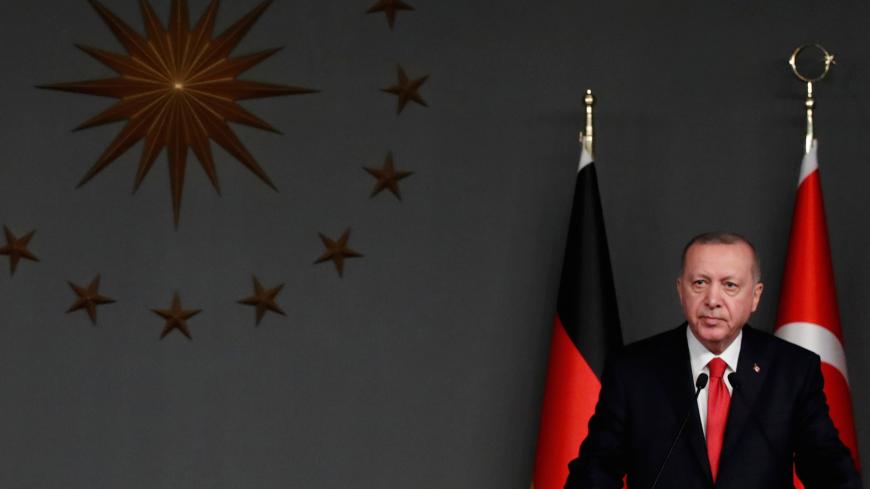 ISTANBUL — President Recep Tayyip Erdogan warned that time is running out for the Syrian government to withdraw its troops from areas around Turkish military outposts in Syria’s northwest province of Idlib or risk escalating a confrontation with Turkey as hundreds of thousands flee Russian and Syrian bombardment for the border.

The threat came as a Russian delegation held another round of talks in Ankara Wednesday on averting an all-out clash as President Bashar al-Assad’s forces, supported by Russian firepower, continue to snatch territory in the Turkish-backed opposition’s last stronghold of Idlib.

At least 16 Turkish military personnel have been killed in Idlib since January. Turkish troops are in the border province manning a dozen observation posts set up under a deconfliction agreement with Russia that has all but collapsed since December. Some of those posts are now behind enemy lines.

More than 900,000 people, the overwhelming majority of whom are women and children, have fled the fighting and another million people are in harm’s way, the United Nations has said. Those displaced are hemmed in by a closed Turkish border and exposed to harsh winter weather.

Russia refuses to accept that a humanitarian crisis is unfolding, Erdogan said in a speech to his ruling party that was broadcast live. Turkey cannot accept more than a million new refugees because it already hosts 3.7 million Syrians who have fled the war, he said.

“We want an immediate halt in the regime’s attacks and for it to withdraw past our observation posts. This way we can ensure that the masses moving toward our border can return to their homes,” he said and reiterated that Assad faces a deadline at the end of this month before Turkey considers all options, including “an active intervention.”

On Wednesday European foreign ministers urged Russia and Syria to end the assault on Idlib and follow the terms of the de-escalation agreement President Vladimir Putin and Erdogan reached in 2018. On Tuesday US Secretary of State Mike Pompeo called for a permanent cease-fire in Idlib and for UN-led talks for a resolution and said US President Donald Trump wants to work with Turkey to reduce tensions.

But Russia appears loath to engage international mediation, dismissing a proposal from Turkey for a four-way summit next week with Germany and France and instead wants a meeting with Turkey and Iran, Assad’s other sponsor. Erdogan was quoted on Wednesday as telling reporters he and Putin may meet next week in Istanbul. Russia has argued Turkey has not met the terms set out in the 2018 deal, accusing it of failing to rein in “terrorists” it says make up the Syrian opposition in Idlib.

Erdogan said the main obstacle in Turkey’s path to a large-scale operation is that it does not have control over the airspace above Idlib, which is dominated by Russia. He added he was hopeful this issue would soon be resolved, without elaborating. Ankara has repeatedly said it wants to avoid a confrontation with Russia.

“Turkey may say it does not want to face Russia, but this crisis is not just with Syria," said Galip Dalay, a visiting scholar at the University of Oxford and a fellow at the German Institute for International and Security Affairs. "The Syrian government is not an actor that’s independent of Russia, which is not only approving all of the operations there but is likely involved in their strategic planning.”

Turkey wants Russia to agree to a buffer zone, but the Kremlin is reluctant to allow enough space for it, prepared only to concede a narrow strip for refugees, Dalay said in an interview. “Turkey hopes to find a middle way on the dimensions for the [buffer zone] it wants. … While it may be at a disadvantage, Turkey wants to increase the costs for Russia and it wants to internationalize this dispute, rather than experience it as a bilateral crisis with Russia.”

Turkey’s Western partners may see an opportunity to capitalize on the tensions brewing between Russia and Turkey, which have worked closely on Syria despite supporting opposite sides in the conflict and expanded that cooperation to areas like weapons sales. In years past, Ankara refused the United States’ terms for acquiring its Patriot system and instead purchased Russia’s S-400 missile system, designed to shoot down NATO aircraft, harming Turkey’s relations with the alliance and risking US sanctions.

A US Congressional delegation was in Turkey this month but did not meet officials in Ankara, reported Gazete Duvar. It was not clear if the lawmakers, who included Republican Senators Marco Rubio and Richard Burr, did not ask for such a meeting or did and were rebuffed, according to the website.

Unable to persuade Russia to halt the Syrian attacks, Turkey asked Washington last week to supply it with Patriot missiles. Erdogan told reporters the United States has informed him it does not have Patriots for Turkey and that he would speak with Trump again, who so far has failed to support Turkey.

Dalay said that in recent weeks Turkey has deployed thousands of troops and arms to Idlib that “serve more as a deterrence, rather than a military purpose, to force Russia into an agreement. At this point, it does not appear that it has deterred Russia, but I still see an agreement as more likely than not.”

Meanwhile, Syrian forces reportedly shelled a Turkish military convoy in Idlib on Wednesday. The Syrian military claims it has captured scores of villages and other strategic areas. Syrian artillery and airstrikes killed at least three people after targeting civilian areas, including schools and medical centers. Aid groups estimate 50,000 people are forced to flee the violence each day.

“We are now confronted with the undeniable reality that the regime isn’t trying to save its own territory but that its calculations are to wipe out its own people and to leave the region to sectarian fanatics, many of whom are brought from outside,” Erdogan said in his speech, likely referring to Iranian militia support for Assad’s forces.

Erdogan promised to continue to pursue “diplomatic channels” to resolve the crisis. But the ratcheting rhetoric may soon force his hand, said Aydin Selcen, a former senior Turkish diplomat who now works as an analyst, on the online channel Medyascope.

“There’s no indication President Erdogan is going to take a step back, and there’s no chance the other side will accept what Turkey has said,” Selcen said. “The risk now is that war may be inevitable, and while that’s what diplomacy is there to avoid, it seems we have reached the point where a limited war — but one that may not remain limited — is inescapable.”