What do the Houthis need from Cairo?

Egypt made sure that Egyptian fishermen safely returned home from Yemen as Yemeni patients arrive in Cairo for treatment as part of efforts to resolve Yemen’s conflict. 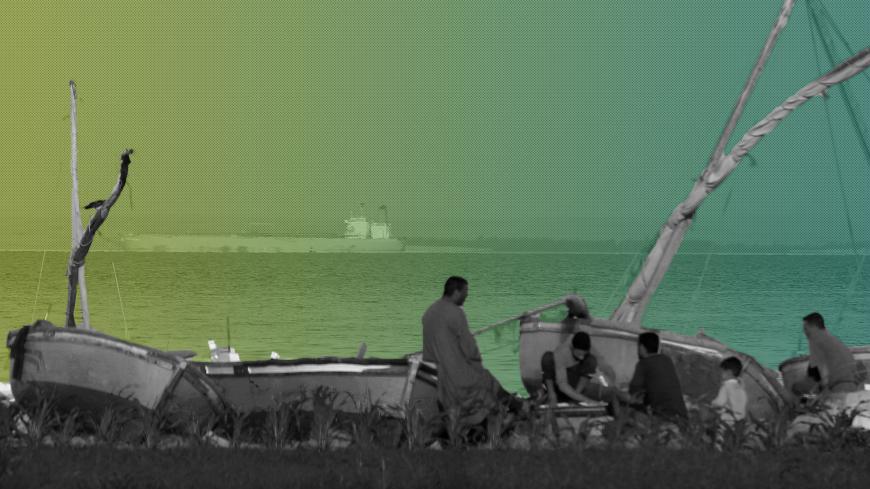 CAIRO — Egyptian authorities said Feb. 4 that talks with Houthi rebels had resulted in the release of 32 Egyptian fishermen who were detained for nearly two months in Yemen. This has raised questions about Egypt’s role in Yemen and the Houthi's message to the Egyptian government.

Observers perceived that the release of the fishermen and the admission by Egyptian authorities to hospitalizing Yemeni patients coming from the Houthi-held areas are part of the growing efforts to resolve the conflict, which has been wreaking havoc on Yemen since late 2014 when Houthis seized Sanaa and forced out the legitimate government of former Yemeni President Abed Rabbo Mansour Hadi, who fled to Aden and then Saudi Arabia. The latter has been leading a military coalition, which began its intervention in March 2015, to the advantage of the Yemeni government.

Egypt has welcomed the release of the fishermen, with Egyptian President Abdel Fattah al-Sisi via Facebook Feb. 4 thanking the parties that worked to release them.

Houthi spokesman Mohammad Abdul Salam told Al-Monitor, “The release of fishermen is a positive message that the Houthi leadership was keen to deliver to the Egyptian political leadership and people.”

Magdy Muwafi, head of the Fishermen Association (a civil society organization) in Burullus, told Al-Monitor the fishermen went fishing in November in two separate fishing boats named One to Two and Mustafa al-Hadi. Muwafi said one of the fishing boats broke down, and the fishermen then found themselves in Yemen's territorial waters adjacent to the port of Hodeidah, where Houthis captured them.

The Egyptian Foreign Ministry and Immigration Ministry learned from the Fishermen Association about the incident in early December, he added.

Egypt's Minister of Immigration Nabila Makram revealed to the press, including Egypt’s Al-Oula TV, that contacts to bring the fishermen home were initiated Dec. 14 in coordination with the state agencies and the brethren in Saudi Arabia and Yemen. Makram said Feb. 4 there were daily phone calls with the fishermen to reassure them the state was working on their return.

Abdul Salam explained to Al-Monitor that “the Coast Guard arrested them after illegally entering the Yemeni territorial waters. They were treated as per the Yemeni law, as [fishermen] not leading any hostile or militant activity.”

“Keen on delivering a positive message to the Egyptian leadership, [the Houthi] Supreme Political Council gave instructions for the judicial authorities to release them,” he added.

Abdul Salam said there were contacts and discussions with the Egyptian Foreign Ministry to discuss the needed measures, required information on the crew, a release date and flight arrangements from Sanaa International Airport.

Rakha Hassan, a member of the Egyptian Council for Foreign Affairs, said such developments are a pointer that the Yemenis, including the Houthis, still have appreciation and respect for Egypt despite Egypt’s solidarity with the Arab coalition led by Saudi Arabia and the United Arab Emirates.

He explained to Al-Monitor that Egypt’s solidarity with the Saudi-led coalition seemingly rested on Saudi estimates that the coalition has the ability to end the problem within six months. Yet that has not happened, Hassan said. He noted that “as the war between the coalition and Houthis escalated, Egypt refused to deploy ground forces in Sanaa based on the Egyptian army’s experience there in the 1960s. Egypt’s participation was limited to its navy securing the Red Sea without getting involved in any actual military operations in Yemen.”

Hassan said such limited participation “did not create within the Yemenis (including the Houthis) a distance with or a sense of enmity toward Cairo, unlike Riyadh and Abu Dhabi, which are the ones conducting the shelling and destruction in the eyes of the Yemenis.”

While negotiations to release the fishermen were underway, Egypt’s Foreign Ministry announced Jan. 27 that UN Mercy flights would soon land in Cairo, where Yemeni patients would be receiving treatment at medical centers and hospitals.

Thus far, two flights carrying eight and 24 patients departed Feb. 3 and Feb. 8, respectively, from Sanaa to Amman, the World Health Organization reported. The flights transporting patients are supposed to continue to land in Cairo and Amman.

Hassan Abu Taleb, adviser to the Al-Ahram Center for Political and Strategic Studies, indicated the Houthis wanted to deliver to parties at home and abroad the message that they have ties with all international sides in order to win confidence and affirm they have the upper hand in Yemen.

Abu Taleb said, “At the same time, the Egyptian position toward the Yemeni crisis is comprehensive and takes into account all of the conflicting parties. Add to this that from the very outset of the crisis in 2015, it has perceived the military intervention in Yemen to be harmful, and there should be a political path to end it.”

Commenting on whether Egypt has a stake in the solution, he replied that “a peaceful resolution to the crisis has been an Egyptian recommendation on several occasions. Yet the problem is that the warring parties do not trust each other.”

Sisi had called for a political solution to the Yemeni conflict as he addressed the UN General Assembly in September 2019.

Abdul Salam told Al-Monitor that "the Yemeni crisis is initially political and requires a Yemeni political dialogue. Any Egyptian step in this regard is the most welcome.”

Hassan indicated that “Egypt cannot take any steps in this direction, in light of the Kuwaiti and Omani initiatives, to avoid angering Saudi Arabia.” He said Cairo had sought to hold a political dialogue last year, but it found that it would cause problems with the Gulf countries. "The problem does not lie in the initiatives themselves to resolve the crisis as much as it is about Saudi Arabia insisting that the Houthis severe ties with Iran,” he said.

He anticipated that current consultations between the Saudis and Houthis in Oman would lead to a satisfying resolution in mid-2020.

The Associated Press reported in November there are indirect talks between the Saudis and Houthis to reach an agreement that would end the war in Yemen.

Abdul Salam stressed “there is significant progress in the talks through which the international community seeks to pave the way for a Yemeni dialogue involving all Yemeni stakeholders. This would require halting hostilities and sieges.”

Commenting on whether there is a deadline for the talks, he said no deadline “has been set so far. … The matter is in the court of the UN Special Envoy for Yemen Martin Griffiths.”