The closed crossings that have separated Turkish-affiliated forces in Syria from those of the Kurds have reopened, allowing for trade and travel in those areas for the first time in months. 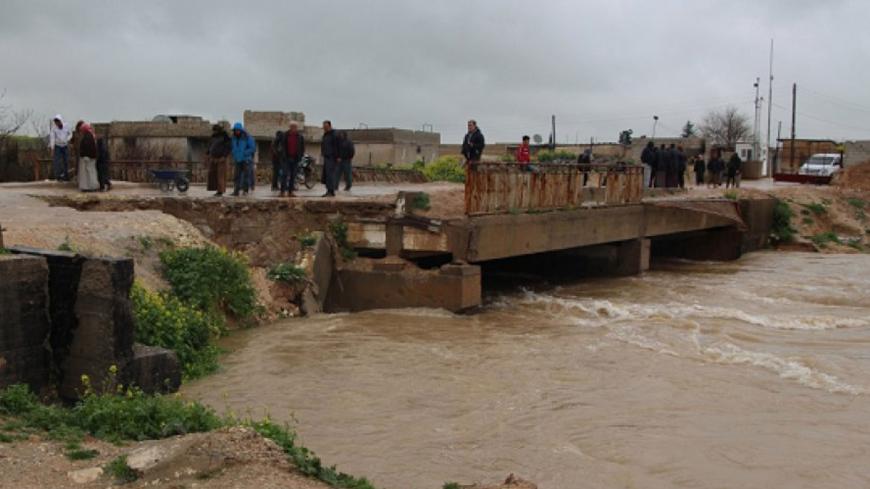 ALEPPO, Syria — Activity has gotten back to normal at two crossings linking areas in northeast Aleppo province controlled by the Syrian Democratic Forces (SDF) with those held by armed opposition factions.

Civilian vehicles started passing through the Aoun al-Dadat crossing for passengers, north of Manbij, on Feb. 6, and trucks resumed activity Feb. 10 through Um Jalud crossing, which is limited to the transport of goods.

Four months earlier, the crossings had closed when the Turkish army, backed by the opposition’s Syrian National Army (SNA), launched an offensive Oct. 9 against the SDF, a Kurdish-Arab alliance, in northeast Aleppo. The opening of the crossings is supposed to boost trade and allow civilians to travel to and from the areas.

Each side is in need of goods. While the opposition areas need various oil derivatives from the SDF-held oil fields in northeastern Syria, the SDF areas seem to lack food, cement and many other items.

Speaking to Al-Monitor, an SDF crossing administration official at Aoun al-Dadat, who declined to be named for security reasons, said the SDF is allowing 100 people to enter its areas on a daily basis. These people mostly come from Idlib province seeking the temporary shelters that a number of humanitarian groups opened. “The rest … are residents of Manbij or the eastern parts of Syria wishing to visit their relatives,” he noted.

The official added that the SNA is negotiating with the SDF to facilitate the passage of oil trucks into the SNA-held areas in Aleppo. Currently, the SDF prevents the entry of oil derivatives. Meanwhile, dozens of trucks crossed at Um Jalud into the SDF-held areas in Manbij in recent days, loaded with construction materials, agricultural products and foodstuffs, mostly imported from Turkey, which helped return trade activities to normal in Manbij, he noted.

Speaking to Al-Monitor, Ahmad Abdul Hamid, an opposition military commander with the SNA, said, "There is coordination between the SNA’s administration of the crossings and the SDF regarding the goods allowed to pass through the commercial crossing, and the working hours for the trucks and passengers.”

He noted, “In the past months there were many difficulties facing civilians, as they were prevented from returning to their areas in northern and eastern Aleppo. Most of them were passengers traveling to areas east of the Euphrates River. Yet they were shocked with the crossing being closed and had to wait [all those] months.”

Ahmed Fouad, owner of an oil tanker truck hailing from an SDF-held area in northern Aleppo, told Al-Monitor that because of Turkish military operations in October and November, "We failed to transport oil derivatives to the SNA-held areas, as Um Jalud crossing was shut down to trucks. I guess that we will be able to transport oil derivatives through the crossing soon.”

He added, "The opening of the crossing will help thousands of youths resume work in the oil trade. … So far, the oil quantities brought into Aleppo province have been insufficient, as the SDF has denied oil tanker trucks’ entry.”

Jassem al-Sayid, the Manbij-area media director, told Al-Monitor he could sympathize with the civilians and trucks that got stuck in Manbij for months after Aoun al-Dadat crossing closed.

“They could not return home to the Aleppo countryside and Idlib province. Furthermore, the prices of vegetables, foodstuffs and construction materials rose while the crossing was closed," and some products "disappeared from the shelves," he added. "That has burdened the residents of the city and the rest of the SDF-held areas ... who are facing multiple challenges. … There is a real need to keep the commercial crossing open. Reopening the crossings has allowed thousands of civilians to breathe and enabled family reunions.”