Jordanians are angered at the sharp hike in electricity rates, which the government claims is due to the high consumption in subzero temperatures. 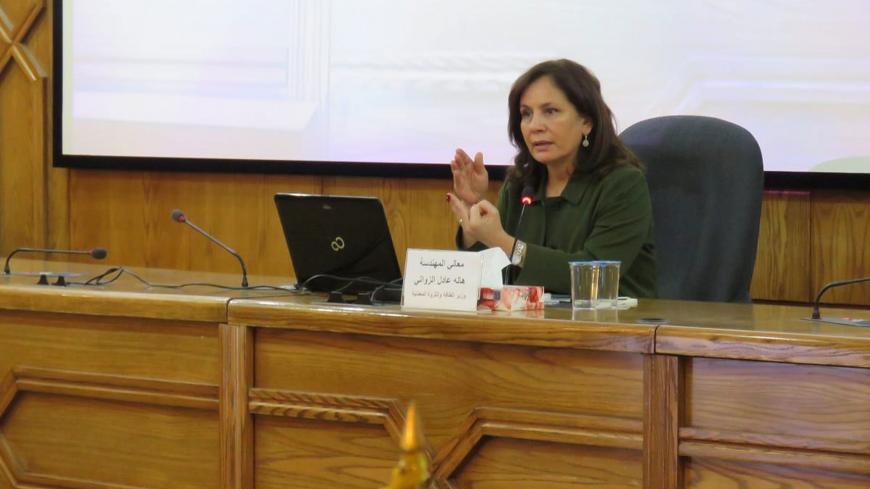 Jordanians are fuming over a massive hike in electricity prices for January compared to the previous month — an increase of 30% to 80% for most and double for some. Hundreds of thousands of customers have been affected, and the issue has become a public relations disaster for the government that had previously promised not to introduce new taxes or raise the price for electricity and water.

On Feb. 12, Minister of Energy Hala Zawati denied that electricity tariffs were raised, saying that the only reason for the sharp increase in prices was the unprecedented electricity consumption in January due to the cold weather. “People are unaware that higher consumption means that the price of kilowatt-hour [kWh] is calculated at a higher tariff,” she said during a meeting with a parliamentary committee. She admitted that the number of complaints by the public over the January bill was “overwhelming.”

But the government’s explanation was rejected by lawmakers who called on the Lower House’s Energy and Mineral Resources Committee to investigate the issue that has overshadowed protests against the US "deal of the century." Head of the committee Hussein al-Qaisi told Al-Monitor that he has asked the government’s Energy and Minerals Regulatory Commission (EMRC) for a full report explaining the reason for the sharp increase in electricity bills.

Qaisi noted that the National Electric Power Company (NEPCO) estimates annual losses due to illegal consumption — by accessing the grid directly and without the use of a company meter — at 200 million Jordanian dinars ($282 million), which are added to the bills of paying customers.

Qaisi said that the government’s decision to ask a private company to audit January’s bills confirms that it does not trust the EMRC, which sets the tariffs. He added that the committee is considering handing over the review of the controversial bills to the Audit Bureau, which is a credible and independent party.

The EMRC announced Jan. 31 that it was reviewing more than 2 million bills for December, since customers also complained of higher than usual bills that month. It said that as of the end of January it had found no discrepancies.

NEPCO, a public shareholding company, delivers electricity it buys from power generators through three main distributors covering the kingdom. Its director, Amjad al-Rawashdeh, announced Feb. 10 that due to subzero temperatures power load registered an unprecedented 3,570 megawatts on Feb. 9. He added that the increase in prices is due to higher consumption and the tariff is calculated incrementally. The rate for consumption up to 300 kWh is 720 fils/kWh ($0.10), but it doubles once it exceeds that load up to 500 kWh and doubles again when it passes that load.

At a time when the majority of Jordanians are suffering under a sluggish economy, the increase in electricity bills during an exceptionally harsh winter is a cause for public agitation. Heating oil is expensive, standing at 600 Jordanian dinars per 1,000 liters ($846) and many Jordanians rely on electric heaters during winter.

Activists have called for a campaign to force the government to review electricity tariffs. They launched a hashtag on Twitter calling on consumers not to pay their electricity bills.

The timing of this crisis could not be worse for the government. Earlier this year, Israel began pumping natural gas to Jordan under a controversial agreement that Jordanians reject overwhelmingly. The government is under pressure to revoke the agreement, but it says it can do nothing since the contract is between two companies. The Israeli gas will be used to power electricity stations and Jordanians claim that the latest increase in their bills is somehow linked.

Writing in the daily Addustour on Feb. 9, columnist Hussein al-Rawashdeh warned that Jordanians can take no more and that this latest episode will only increase the threat to social peace. He called for a neutral body that not only should look into the recent increase in electricity bills, but also review the entire structure of calculating tariffs.

Columnist Maher Abu Tair wrote in Al-Ghad daily on Feb. 8 that the public does not believe the government’s claims anymore. “Trust is lost between the people and the state and that is the real problem facing us today,” he said. “How can we believe it when the increase in bills included customers who are expatriates living abroad?”

Abu Tair added that the only explanation is that the government wants to subsidize NEPCO, which owes billions and continues to lose money, by taking money from people’s pockets.

Energy expert Amer al-Shobaki, who runs his own consultancy firm, told Al-Monitor that customers pay for the huge loss in electricity distribution, which is due to illegal use in addition to waste because of a bad infrastructure. He said that the loss is calculated by subtracting what NEPCO buys from the electricity generators and what it sells to the distributors and that includes what is lost during generation, transportation and distribution, estimated at 200 million dinars annually. Shobaki said this issue alone — if dealt with — would decrease the rates for consumers.