Electricity bills have doubled and even tripled in Turkey after massive price hikes, fueling frustration with Erdogan’s economic management. 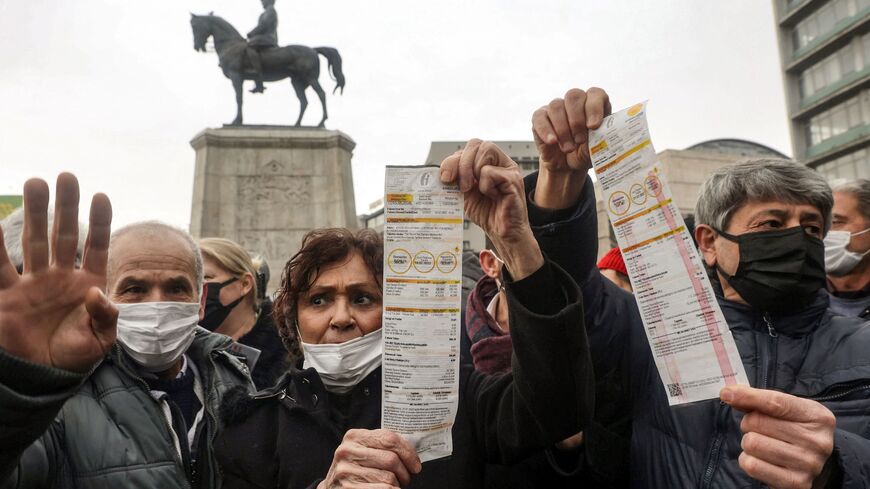 People hold up their electricity bills as they protest against high energy prices in Ankara on Feb. 9, 2022. Energy prices in Turkey and other countries have soared in the past year due to recovering demand and geopolitical tensions. But Turks have also seen their overall purchasing power dwindle dramatically amid a currency crisis and two-decade-high inflation that reached almost 50 percent last month. - ADEM ALTAN/AFP via Getty Images 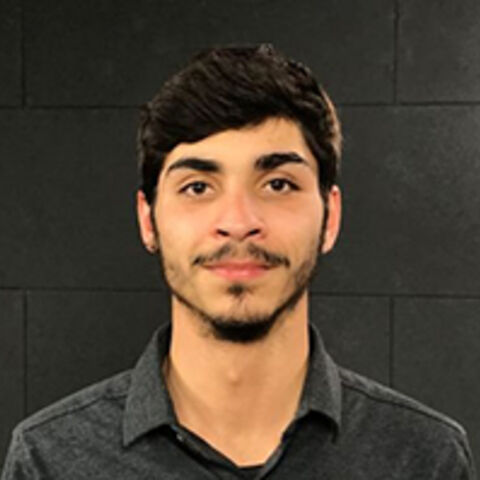 ISTANBUL, Turkey – A wave of protests has spread across Turkey over whopping electricity price hikes last month as millions struggle to pay the ballooning bills and many businesses face the threat of going broke amid already galloping inflation.

The hikes of up to 127 percent came atop other sharp price increases, aggravating the economic woes of ordinary citizens and businesses alike. Annual consumer inflation hit a two-decade high of 48.7 percent in January, while producer inflation climbed to 93.5 percent. With its poll numbers already sagging ahead of elections next year, President Recep Tayyip Erdogan’s government has come under growing pressure to review the electricity hikes.

Small shopkeepers have been at the forefront of the outcry, posting their electricity bills on shop windows and dimming their lights in the evenings in protest. Many complain that electricity bills now outstrip their rents. A growing number of cafes and restaurants have pulled the plug on outdoor heaters — in high demand due to the COVID-19 pandemic — or begun to charge clients for their use.

In Besiktas, a downtown Istanbul district, the owner of a tiny but long-established teashop lamented that his electricity bill had jumped to some 500 Turkish liras ($37) from 105 Turkish liras (about $8) the month before. The 65-year-old, who introduced himself only as Kemal, said his business was already reeling from pandemic lockdowns and now his daily profit was often as low as 30 liras. “I have to work 20 days to cover the electricity bill alone,” he told Al-Monitor.

In the district of Fatih, a traditional stronghold of Erdogan’s Justice and Development Party (AKP), grievances with the government are growing louder as well.

Kenan Kirik, who runs a dry cleaner in the area, quickly produced his two most recent bills, which showed a jump from 523 to 1,244 liras. Factoring in other expenses, he worried his livelihood might be at stake. “To save [on electricity] as much as I can, I’ve come to hold the coming items and iron them in batches at a time,” he said. But he is averse to raising prices, wary of losing clients and eventually having to close shop.

The skyrocketing energy prices in Turkey are due not only to the global crunch but also the severe depreciation of the Turkish lira last year. Critics blame also Ankara’s privatization policies. The AKP government, in power since 2002, has privatized power distribution across the country and most of the grids are now run by companies close to the ruling party. The Energy Market Regulatory Authority, a public agency, sets the prices.

According to energy and climate expert Onder Algedik, the price hikes favor the private companies in the energy sector, which are saddled with hefty debts. “This crisis does not stem from [the currency turmoil] alone. The big hikes are meant to transfer money from the people’s pockets to the companies,” Algedik told Al-Monitor. "The crisis on the global energy market would not impact the citizens’ pockets to such an extent.”

Amid the nationwide outcry, Erdogan announced Jan. 31 that the threshold of low consumption, which is priced more favorably, was raised to 210 kWh from 150 kWh per month. But even the new level remains below the 230 kWh that the Electrical Engineers Chamber cites as the minimum standard of a household of four. Earlier this week, a senior Erdogan aide pledged “fresh steps to alleviate the burden of citizens.”

Yet, Ankara’s economic management remains under fire and even loyal AKP supporters appear increasingly frustrated. Yusuf Karakol, a 30-year-old Istanbulite who said he had voted for the AKP all his life, grumbled about his worsening livelihood woes, including an electricity bill that has doubled since January. Erdogan needs “to draw a new road map” to fix the economy, he told Al-Monitor.

The owner of a small tobacco and spirits shop, who identified himself only as Sercan, said he was struggling to keep his business afloat – not only because the soaring electricity cost, but also a drop in sales after a nearly 50 percent tax hike on cigarettes and alcoholic beverages in early January. “My real worry,” he said, “is for the summer, when the fridges consume two or three times more energy than in the winter.”

Fatih Baydan, a butcher whose shop’s electricity bill has more than doubled, said the hike would cost him 15 percent of his profits. “The price of meat has reached 120 liras [$9] per kilo. Many people can no longer afford it and our sales have dropped by 30 percent,” he told Al-Monitor.

Baydan has lost hope that the government would enact measures to help small businesses weather the crisis. “Our only hope is for the AKP to go,” he said.

Hairdresser Deniz Arslan agreed. The electricity bill of Arslan’s shop has tripled, swallowing about a third of his monthly revenue. He put the blame on the AKP’s economic policies, saying that early elections have become a must.

The main opposition Republican People’s Party (CHP) led street protests across the country Feb. 9, as party leader Kemal Kilicdaroglu vowed to not pay his own electricity bill until the government retracted the hikes. The CHP has petitioned the Council of State, the country’s top administrative court, to cancel the hikes, arguing that they are unlawful and against public interest.