Costs of Saudi economic failures show up in electric bills

Saudis are complaining openly about their electricity bills that have doubled overnight, a dire sign for their economic future. 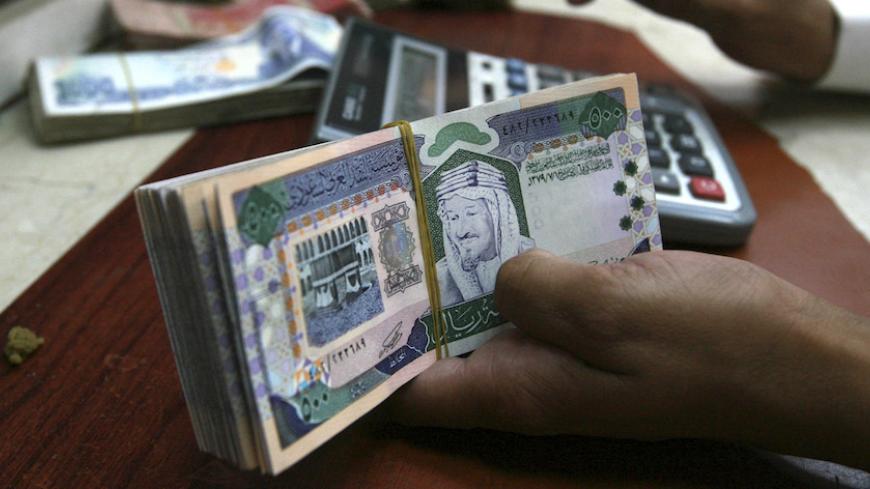 In the lead-up to the Sept. 4-5 G-20 summit in which Saudi Arabia will participate, Deputy Crown Prince and head of the Council for Economic and Development Affairs Mohammed bin Salman arrived in China Aug. 29 for an official two-day visit. His trip came at the invitation of Vice Premier of the People's Republic of China Zhang Gaoli for the purpose of promoting economic integration and trade exchange, which reached $51 billion between the two countries in 2015.

Chinese Ambassador to Saudi Arabia Li Huaxin reiterated on Aug. 29 China’s interest in Salman’s visit and in supporting the kingdom’s Vision 2030, a plan prepared by the consulting firm McKinsey & Company that calls for nonoil investment expansion. During the visit, 15 agreements were signed in the sectors of energy, oil storage, minerals and housing.

Salman’s foreign visits succeeded in attracting international interest in the kingdom’s Vision 2030 and in convincing several industrial states like Russia, France, the United States and Japan of the usefulness of economic partnership with Saudi Arabia. His efforts have resulted in several investment agreements with these countries this year. Ambitious and progressive economic promises accompanied the introduction of Vision 2030, including cutting unemployment rates from over 11% to 7% and climbing to a top position in the Global Competitiveness Report.

Despite the media campaign praising Vision 2030, many Saudi citizens are worried by the state imposing new tariffs and increasing old ones. There is also a financial crisis that has hit several companies operating in Saudi Arabia, caused by the general budgetary deficit and the decline in governmental spending on development projects.

Saudi activists and writers have been protesting the rise in electricity costs in the kingdom with an Arabic hashtag that translates to #electricitybillincrease. The problem surfaced when the citizens received their July electricity bills for double their usual amounts. One citizen, Khalid Mulla, tweeted on Aug. 7 that his electricity bill had risen to 750 Saudi riyals (about $200) from 300 ($80) previously.

Since July, the Saudi Electricity Company has been advising citizens over social media to adjust their refrigerator temperatures, in an attempt to link the bill increase to consumer misuse. But the Electricity and Cogeneration Regulatory Authority — a public organization that monitors the quality and performance of electricity services — tweeted on July 13 that it blames the power company after receiving thousands of complaints from citizens over the bill increase and poor service.

In a July 29 press statement, the head of the authority, Abdullah al-Shehri, said that the electricity tariff should be adjusted to cover the increasing expenses of the electricity company as a result of the rise in fuel prices. But the undersecretary of electricity affairs at the Ministry of Energy, Industry and Minerals, Saleh Alawaji, said during a call to a television show on Aug. 21 that the electricity bills increased with increases in power consumption over the summer.

The conflicting statements of Saudi electricity officials have long frustrated economic journalists and many citizens who suffered due to the rise in their electricity bills. On June 21, 2014, the Saudi newspaper Makkah published an article about outstanding bills of many prominent figures that reached 2.6 billion riyals (about $690 million) in 2013 and 2.5 billion riyals (about $670 million) in 2012. Although the newspaper did not name these people, it is well-known in the kingdom that princes do not pay public service bills.

Although there have been conflicting views expressed on Twitter, it seems that all people agree the government is to blame for the increase in electricity bills. Saudi economic journalist Barjas al-Barjas tweeted on July 19 that the citizens will pay the price of the Finance Ministry's failure. Meanwhile, Omar al-Zuhairi, another Saudi citizen, tweeted on Aug. 4 his call for the government to reduce its electricity waste on lighting streets and highways. Shiite Saudi blogger Zeinab Haji was bolder, tweeting July 30, “The electricity company decided to rob its citizens to settle the debt of prominent figures.”

The Saudi government has taken various austerity measures in the past, such as lifting oil, gas, power, water and sewage subsidies in December 2015, and later imposing the airport embarkation tax in early 2016. The kingdom also seeks to impose the VAT in early 2017 and municipal fees for trash services that will apply to all Saudi residents in the upcoming months.

Salman told Bloomberg in April that the aim of these measures is to cover the government’s financial deficit, which has been accumulating since 2015 and has reached $38 billion, and to establish an investment fund worth $2 trillion to help end Saudi reliance on oil and to raise nonoil revenues over $100 billion by 2020.

McKinsey’s plan did not include political reform as a gateway to economic reform. It did not take into consideration the nature of the nepotism in Riyadh and the influence of princes and kings on the Saudi economy, either. Regardless, there is no mechanism to oblige the princes and kings to follow the government’s rules for all other citizens. For instance, the Saudi government imposed an annual fee of 2.5% of the value of undeveloped urban lands of 10,000 square meters or more if the land owners were not working to develop these lands. Most of these owners are princes. The positive effects of the decision will be limited because its implementation will only involve land owned by regular citizens, despite the government’s reassurances that it will fine all citizens without exception.