Strangely, the Fifth Dimension company scandal pops out just a week ahead of the elections, and to the great satisfaction of Prime Minister Benjamin Netanyahu and his associates. 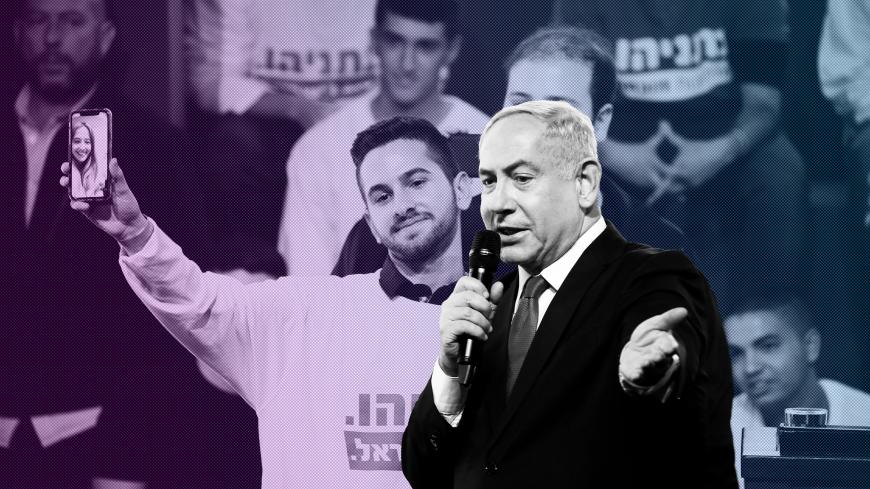 He is back from the dead, once again. Less than a week before the March 2 elections, Prime Minister Benjamin Netanyahu has succeeded in edging past the opposition Blue and White party in the polls and is drawing closer to the coveted goal of a 61-seat Knesset majority for his Likud party. A mission deemed impossible just days ago.

Netanyahu succeeded with his comeback despite the fact that two weeks after the voting, on March 17, he is due to present himself at Jerusalem District Court to face an indictment on three severe charges, among them bribery. Despite the upcoming trial, and against all odds, Netanyahu now manages to control the public agenda, dictate the pace and generate new spins almost daily that boost his support and create a positive momentum. Everyone who eulogized Netanyahu should now take a deep breath. He will not be able to prevent the criminal trial (charges have already been filed in court), but the chances that he will form Israel’s next government and run the state as a defendant in a corruption trial no longer appear so imaginary.

Netanyahu’s Likud still lacks four or five seats to cross the 61-seat hurdle in a coalition together with its right-wing and ultra-Orthodox partners. Prospects of success are not high, but contrary to last week, it no longer appears to be a totally impossible feat. No mission is too impossible for Netanyahu.

Netanyahu is fighting for his political and personal life as never before. He is running against a group of gentlemen who are trying to maintain a dignified front and avoid disrespecting the prime minister so as not to anger moderate Likud supporters who might yet jump ship and vote for the opposition Blue and White party. But Netanyahu has no such qualms. He enjoys getting under everyone’s skin and stirring up daily storms. None of them appear to be causing him electoral damage. Not the indictment, not the renewed conflagration on the Gaza border that is forcing hundreds of thousands of Israelis to cower in shelters, not even the failed attempt to annex parts of the West Bank prior to the elections in order to please his right-wing constituency.

At the same time, there is nothing he will not do. He tries to tar the opposition with claims (strongly denied by Blue and White) that it will hook up with the party he has portrayed as a fifth column, the Arab Joint List, even as he is busy trying to campaign in Arab towns and villages in a bid to cull a few more crucial votes. On Feb. 23, he declared that he would expunge the criminal records of tens of thousands of Israelis convicted of cannabis use. Why? Because. Maybe some of them will be induced to vote for him.

In recent weeks, the prime minister has been orchestrating a mudslinging campaign against his rival, Blue and White Chair Benny Gantz, by creating a false impression that the decorated army general is suspected of corruption. Once again, against all odds, he did it. On Feb. 20, Acting State Prosecutor Dan Eldad instructed police to launch a criminal investigation into the dealings of the Fifth Dimension, a cyber firm which Gantz chaired in recent years. Although Gantz is not considered a suspect in the affair at this point, the move muddied the waters and created a sense, at least among Likud supporters, that “everyone is crooked.”

The Fifth Dimension was a promising firm that hired senior former intelligence and defense officials in an attempt to sell cutting-edge predictive policing and threat assessment technologies. It claimed to have technologies with artificial intelligence capabilities to analyze mega data of raw intelligence collected by various agencies and to turn it into pinpointed, precise information. The data was said to include text messages, phone conversations, communications data, video clips, emails, surveillance camera footage, websites, credit systems and social media. The company was established by a former senior Mossad official, Doron Cohen, and recruited such defense establishment glitterati as former deputy Mossad head Ram Ben-Barak (currently a Blue and White Knesset member) and the former head of a Mossad division, Haim Tomer. The jewel in the crown was Lt. Gen. (res.) Gantz, who had just ended his term as chief of staff of the Israel Defense Forces (IDF). His appointment as board chair was designed to help the company open doors to intelligence agencies, police forces and foreign states.

The company failed to sign up clients and sell its products, and went bankrupt in 2018. In its final months before going out of business, the Fifth Dimension conducted a 4 million shekel ($1.17 million) pilot project for the Israel Police, which is the focus of the police probe launched this week. Suspicions include that the company concealed information and failed to reveal to its police contacts that it did not have any other clients, while the police is suspected of improperly allowing the project without a public bidding process. Although Gantz himself, as mentioned, is not a suspect, the affair has resonated widely in the media and helped Netanyahu, once again, monopolize the public agenda and divert attention from his own corruption indictment to suggestions of impropriety on the part of his rival Gantz.

This is not simply a classic Netanyahu ploy. This is part of the aggressive campaign Netanyahu has been conducting for months in a bid to take control of the state’s law enforcement agencies, to place a Trojan horse in the Justice Ministry and to further erode the public standing of Attorney General Avichai Mandelblit, the man who indicted him on three charges of egregious corruption.

It started when Netanyahu appointed a relatively junior Likud Knesset member, Amir Ohana, as justice minister after he fired Ayelet Shaked last year. Ohana, who is tight with the prime minister’s son Yair Netanyahu, devotes most of his time to concerted attacks on Mandelblit and his people in the top echelons of the prosecution and judiciary. When State Prosecutor Shai Nitzan, who was depicted as Netanyahu enemy No. 1, completed his term in December, Ohana filled this crucial position with a veteran prosecutor perceived as loyal, overriding Mandelblit’s strong opposition.

Mandelblit was strenuously opposed to Ohana's choice for acting state prosecutor (interim governments cannot make permanent appointments), arguing that Dan Eldad was not cut out for the job. One of Eldad’s first moves upon taking office this month was the decision to investigate the Fifth Dimension, less than two weeks prior to the elections. Although the state prosecution has made clear that at this stage Gantz is not a suspect in the case, the very start of an investigation has made him out to be embroiled in criminal suspicion, forcing him to defend himself and to declare that should he be indicted, he would step down. Netanyahu sat watching on the sidelines, enjoying every minute. Mandelblit was furious but could not countermand Eldad’s order.

Thus, Netanyahu was once again the victor in the media-public awareness arena. Will that lead him to victory March 2? Probably not. However, he is willing to make do with a tie, which is what he is fighting for now. A tie, a dead end, an inability to form a government for the third time in the past year would enable him to continue serving as interim prime minister for at least six additional months, until a fourth round of elections is held.