Amid public pressure, Iraq suspends transfer of IS families to Zummar camp

Iraqi minorities in the Ninevah Plain are complaining about the transfer of Islamic State families to a camp in their area. 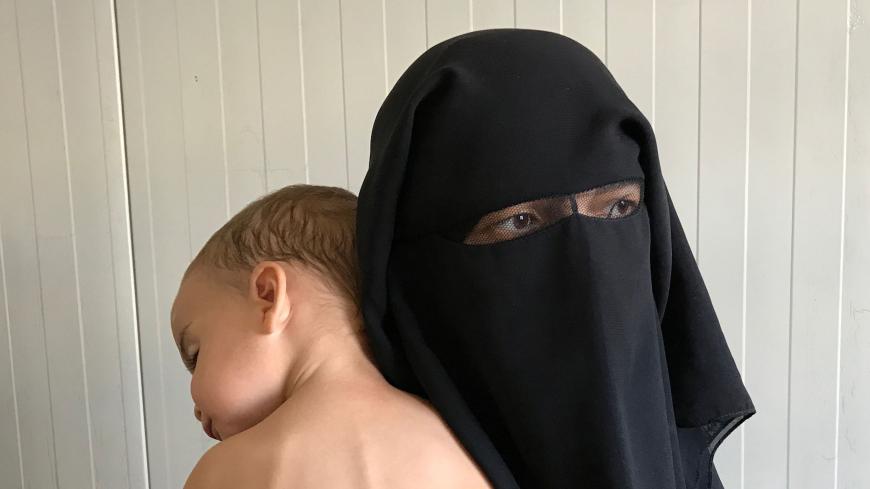 NINEVAH, Iraq — The Iraqi Ministry of Immigration and Displacement has announced the suspension of the transfer of Islamic State (IS) families to Ninevah province's Zummar district in northern Iraq, according to an official statement by Sinjar District Administrator Mahama Khalil.

Sinjar is the home to many Yazidis, who saw their ranks decimated by IS in 2014.

The ministry suspended the transfer Feb. 13 after residents of the district warned of security and legal consequences that might lead to sectarian strife and provoke families of Zummar residents who were killed by IS.

Sherwan al-Duberdani, a Kurdish member of parliament for Ninevah, told Al-Monitor that the process of transferring IS families from Syria to Iraq has been halted after he collected signatures of Ninevah's members of the national parliament and voiced their objection to the speaker of parliament and the commander of joint military operations.

Duberdani said that the Omla camp in Zummar district had been selected to receive these families, and that this raised the ire of the province's residents.

The Kurdish legislator, dozens of district residents, a number of members of parliament, politicians and Ninevah leaders had taken part in a protest held in Zummar on Feb. 20 to reject the transfer of IS members from al-Hol camp in Syria to Omla.

A press conference was held by members of parliament to clarify the background and reasons of the decision and express their categorical rejection of the transfer.

Duberdani said the camp was established by the Iraqi Ministry of Displacement and Migration for this purpose, and more than 50% of it has been completed. The overall aim is to accommodate 4,000 tents.

He added that only 4,400 people out of a total of 31,400 people in al-Hol camp are from Ninevah province, and that most of them are women and children.

Jahoor Ali Bek, a Yazidi religious leader, told Al-Monitor that transferring IS families to a region near the city of Sinjar has been rejected and that Yazidis will not accept the transfer because they were the ones to suffer the most from IS.

He said that IS families pose the same threat as that from IS members themselves because the family members have the same ideas, and that the Iraqi government and the Kurdistan Regional Government must find a solution to this issue and keep the IS families away from Yazidi areas.

Duberdani wondered about the reason behind the insistence on transferring so many of these people to Ninevah province, particularly considering that around 18,000 at al-Hol are from Anbar province and 5,000 from Salahuddin province. The rest hail from Baghdad, Kirkuk, Diyala and Babil.

He said the federal government should transfer many of the people who are not from Ninevah to other regions, as there is a large desert in western Iraq where they could be monitored as well as rehabilitated by the Iraqi government and the United Nations to winnow out extremist ideas.

Duberdani said the Iraqi government had attempted last summer to transfer these families to Omla, but it failed due to popular and political pressure.

Ali Gawan, a professor of political science at International Cihan University, told Al-Monitor that Ninevah will not serve as a dumping ground for Islamic State families. He said Ninevah's young people also are opposed to this transfer.

He seconded Duberdani and called for organizing a psychological and humanitarian rehabilitation program to rid the IS family members, particularly children, of extremist ideas.

However, Gawan said that the public opinion is not fully informed about the matter. Residents, he added, believe that the families that the Iraqi government will transfer include foreigners, but these are Iraqis, and according to international laws, the Iraqi government is forced to receive them, be they terrorists or not.

Duberdani, however, sees no need for outsiders to be received in Ninevah, which is already suffering from problems due to the presence of similar camps for IS families in the south of the province. These families were transferred there after security forces took control of Mosul, Ninevah's capital, in 2017. These camps are dangerous because of the extremist ideas that need to be eradicated, he said.

Gawan said the camps in the south of the province raised the ire of residents there in part because of the numbers of detainees from other provinces and maybe other countries.

He said the reason behind the Iraqi government’s insistence on using Ninevah province might be that many international organizations that provide services for people in camps are close by in the Kurdistan Region of Iraq. He said that locating a camp for Islamic State families in the Anbar desert would complicate the organizations' work and that most such organizations might refuse to go there.

Of note, in October 2018, the largely Kurdish autonomous administration of northeastern Syria called on all countries of the world to receive their IS citizens and families because these constitute a great burden for the administration. While Iraq chose to receive its citizens at the Omla camp, this sparked reactions within Ninevah province, thus repeatedly delaying the transfer process due to public rejection.