Why is holding early elections a nearly impossible task in Iraq?

Despite the promises of the Iraqi designate prime minister to hold early elections, it seems impossible to move forward with it. 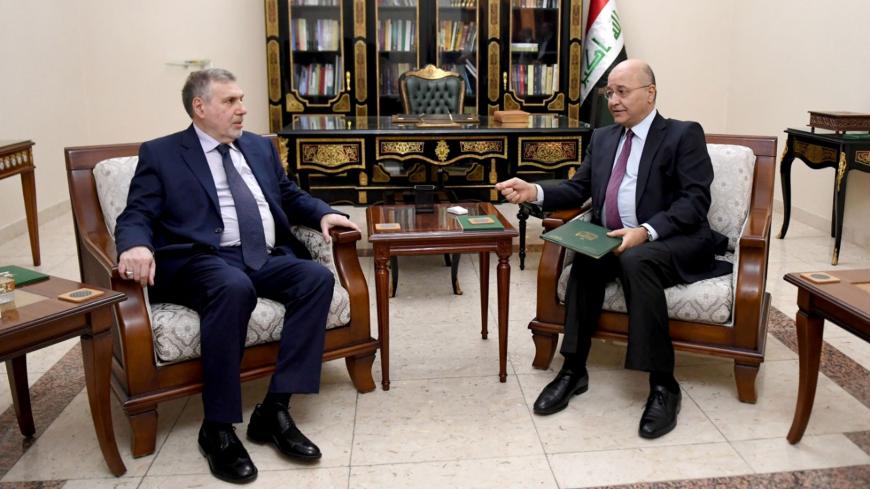 BAGHDAD — There is no doubt that early elections were the main demand of the protests that broke out in Iraq in October; this demand also was supported by the Shiite religious authority. This prompted the government of Prime Minister Adel Abdul Mahdi to resign three months ago. And Prime-Minister-designate Mohammed Tawfiq Allawi has vowed to hold early elections.

But how would these elections take place? What are the constitutional mechanisms and necessary legal frameworks for such a vote? What are the main political and other obstacles that might hinder the holding of such elections before the expiry of the current parliamentary term in mid-2022?

As per the Iraqi constitution, parliament must be dissolved for early elections to take place. This could be done in one of two ways. According to Article 64, parliament can decide to dissolve itself by two-thirds of its 329 members. This, however, remains far-fetched in the current scenario, since some Kurdish and Sunni blocs refuse to hold early elections under electoral legislation passed in December whereby the number of electoral constituencies was increased. However, this legislation has yet to be sent to the president for ratification, and some blocs now want to amend the proposed law, which would further delay things.

The second option for dissolving the parliament as per the constitution would be at the request of the prime minister with the approval of the president, who would call for fresh general elections in the country within a maximum period of 60 days from the date of the parliament's dissolution.

Naturally, the prime minister would not take such a step unless he believes that his government would be able to organize the elections on the specified date. This is not to mention the need for the ratification of a new electoral law. Moreover, the Independent High Electoral Commission requests a period ranging from six to months to a year to prepare for elections.

The Iraqi parliament dissolved the previous electoral agency in conjunction with the approval of a new electoral law at the end of last year. As part of this electoral agency restructuring, technical staff across the country’s provinces were let go. Experts say the restructuring could be a long, intricate process that drags on for years and involves training and courses at home and abroad. Many experts see the decision to dissolve the commission's offices as a deliberate act to hinder or cancel the holding of early elections, with poor logistics then getting the blame.

Naim al-Shuwaili, a member of the Coordination of Demonstrations Committee in Baghdad, told Al-Monitor that it is unlikely that early elections will be held before their due date in 2022. “The political blocs controlling the government and parliament do not want this,” he said.

He said, “The people in Tahrir Square are reluctant to chant slogans calling for early elections given the Sadrist movement's control of the square. The movement supports Allawi and does not want to pressure him to take measures in this direction.”

Shuwaili continued, “The demonstrations have reached bottom now and are unable to make major changes on the political scene. The ruling parties have every ruse to hinder the holding of elections, starting with the delay in the restructuring of the electoral commission and in the ratification of the new electoral law. They fear losing their seats in parliament and their current interests in the state’s institutions. Things are getting worse and Allawi is going to stay longer than expected.”

Preparing for the elections is not limited to passing an electoral law and the commission’s restructuring; the Federal Court crisis also needs to be resolved. On Jan. 20, the Supreme Judicial Council in Iraq ordered all courts to stop dealing with decisions issued by the Federal Court, which is the competent authority to approve the election results. The Federal Court was accused of appointing a new judge in an unconstitutional manner.

“I believe the crisis between the Federal Court and the Judicial Council is politically motivated to hinder the holding of elections even at their constitutional date in 2022,” he added.

“The absence of a supreme judicial body means that the country is on the verge of permanent chaos and the end of the constitution,” Khashan said.

The Independent High Electoral Commission confirmed that there are “significant obstacles” hampering legislative elections in the case that parliament decides to dissolve itself.

In a statement Feb. 19, Jalil Adnan Khalaf, the head of the Independent High Electoral Commission's Council, said, “The institution is facing major challenges internally and externally. We are making every effort in a bid to resolve the problems in cooperation with the state’s institutions.”

In light of the current circumstances, even if the ruling parties resolve the dispute on the electoral law and the Federal Court, it appears that the holding of elections would need at least 18 months for preparations. Thus, it appears that any fresh elections could not be held until at least 10 months before their due date in 2022. By that time, the parliamentary blocs might be eager to dissolve parliament. In the meantime, the Allawi government would have more time to implement its promises of change and the program it pledged to undertake.

The protesters, on the other hand, do not seem ready for fresh elections either. They have yet to produce and form political alliances and blocs that could toss their hats into the ring in competition against the traditional political parties.