Iranian officials have ordered the cancellation of major events and gatherings and closed universities in an attempt to halt the spread of the coronavirus. 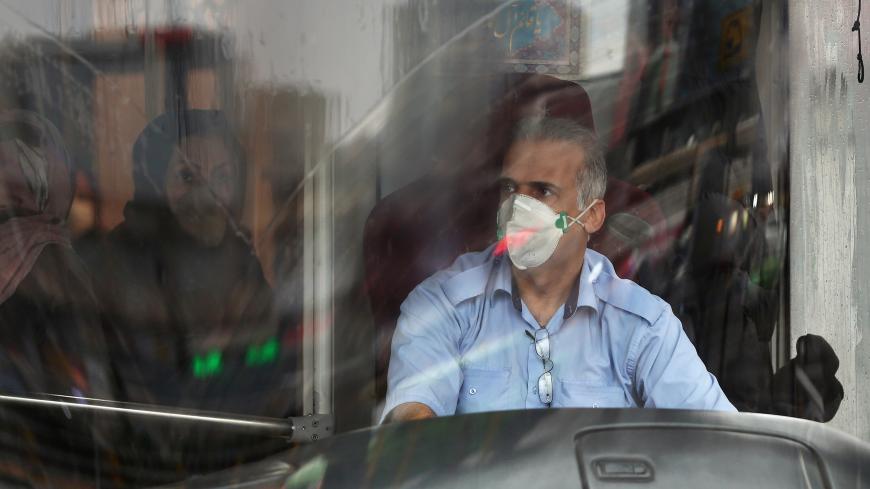 A bus driver wears a protective mask while on duty after a coronavirus outbreak, Tehran, Feb. 25, 2020. - WANA/Nazanin Tabatabaee via REUTERS

Iran has cancelled a number of major public events in its efforts to stop the spread of the coronavirus as the number of deaths from it rose to 26, with 245 infections, as of Feb. 27.

One of the most significant steps taken is the cancellation of Friday prayers in Tehran, a gathering of particular religious and political significance in the country. It is at Friday prayers that top officials appear, and important positions and talking points are announced. It is, in short, the forum at which the government presents a unified front on major geopolitical issues.

President Hassan Rouhani has also ordered a number of university and school closures across the country and the cancellation of other public gatherings, such as concerts and film screenings. Officials have said that universities in areas with infections will be closed until next week and some until late March. A decision on lower schools will be made the night of Feb. 28. Education Minister Mohsen Haji Mirzani urged teachers to deliver their lessons online until schools reopen.

Iranian media are reporting that a number of government officials have tested positive for the coronavirus, including Mojtaba Zonnour, a deputy from Qom and head of parliament’s National Security and Foreign Policy Committee, and Masoumeh Ebtekar, Rouhani’s media advisor and vice president for public relations. Ali Rabei, the Rouhani administration's spokesperson, tested negative after an appearance at a press conference during which he stood next to Deputy Health Minister Iraj Harirchi who was visibly suffering from flu-like symptoms and was later confirmed to be ill from the coronavirus.

Health Minister Saeed Namaki said on Feb. 26 that the government will stick by its policy of not quarantining cities. Rather, it aims to “limit the travel of those suspected” of carrying the virus. He said personnel equipped with test kits and thermometers will be dispatched at entries to cities. Foreign Ministry spokesman Abbas Mousavi announced that a donation from the Chinese government and the Red Cross of 20,000 test kits will arrive Feb. 28. Namaki also reiterated a previous statement by officials not to take advantage of days off from school to travel to vacation spots, especially to cities with known cases of coronavirus.

Homayoun Hashemi, a member of parliament’s Health Commission, told reporters that Health Ministry officials have not hidden anything from the public. He said that during meetings, ministry officials have provided satisfactory answers on not only the number of infections, but also on the methods being used against the outbreak. He urged people to continue with normal life and to avoid the added stress of worrying.