The United States has suspended providing real-time intelligence to Ankara that helped it target militants of the outlawed Kurdistan Workers Party. 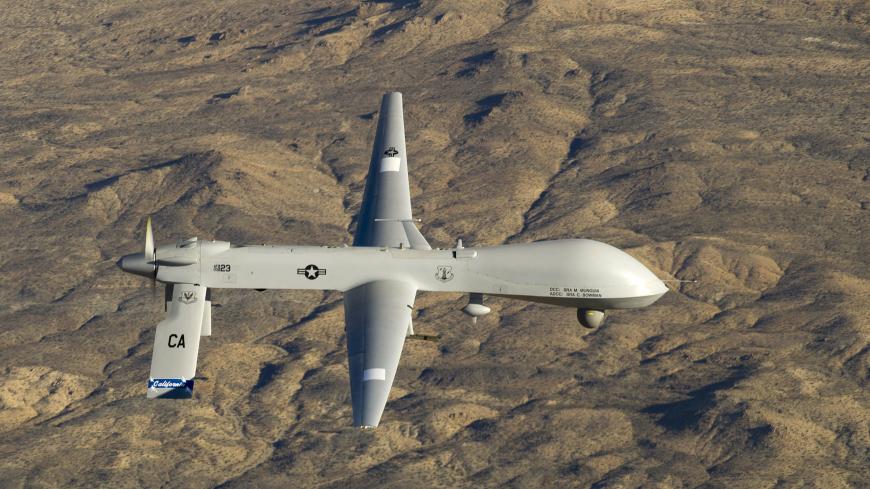 The United States has suspended providing real-time intelligence to Ankara that helped it target militants of the outlawed Kurdistan Workers Party (PKK). The change followed Turkey’s Oct. 9 offensive against a US-backed Syrian Kurdish militia that Turkey insists is part of the PKK. The news, broken by Reuters, is further evidence of the fraying relationship between the two NATO allies.

Why it matters:  Both Turkey and the United States classify the PKK as a terrorist group. The CIA played a key role in helping Turkey catch PKK leader Abdullah Ocalan in 1999.

The paused program began in 2007 in a joint operations room in Ankara, where images of PKK operatives filmed by US drones were flashed in real time on a large screen.

In 2017, the United States weighed helping Turkey kill Cemil Bayik, one of the top PKK commanders in the field, to placate Ankara over the Pentagon’s ongoing partnership with the Kurdish-led and PKK-friendly Syrian Democratic Forces (SDF). It also placed bounties on Bayik and two other veteran PKK commanders.

The change may have been calculated to pressure Ankara into stopping its attacks on the SDF. But its effects are debatable, experts say, because Turkey has begun producing increasingly sophisticated drones of its own.

Aaron Stein, director of the Middle East program at the Foreign Policy Research Institute, told Al-Monitor, “Turkey has quickly built an impressive amount of its own drones to do the tasks the United States once did for Ankara and provide real-time imagery over areas it flies over inside its own territory and in Iraq and Syria.”

Feeling the heat:  Berkay Mandiraci, a Turkey analyst for the International Crisis Group, says a total of 128 “seasoned” or senior PKK militants were killed between July 2015 and January this year. Twenty were killed in airstrikes, possibly including by armed drones, in the past six months alone. “The uptick is indicative of Ankara’s decisiveness to continue on a hard-line anti-PKK course,” Mandiraci told Al-Monitor. Turkey also receives intelligence from local actors in Iraq's Kurdistan region.

As such, the effects of the Pentagon’s move are more political. Stein observed, “This program was a joint intelligence initiative to demonstrate a US commitment to taking Turkish concern about the PKK seriously. I’m sure the PKK is pleased that it's managed to drive a wedge between two NATO allies, while Ankara is bristling at what it will think is the latest signal that America doesn’t take seriously Turkey’s security concerns.”

What’s next?  Well-informed sources speaking not for attribution told Al-Monitor the story was likely leaked to Reuters by administration officials who opposed the suspension so as to shame the Pentagon into resuming the program. But with Turkish President Recep Tayyip Erdogan threatening further military action against the SDF, the Pentagon may be in no hurry to do so.

Know more:  For more on Turkey’s drone program read Metin Gurcan on how the Turkish military increasingly relies on its own equipment and its targeted assassinations of top PKK figures.