"We love it," say many members of the African community in Turkey, but add that there are few jobs — at least for them. 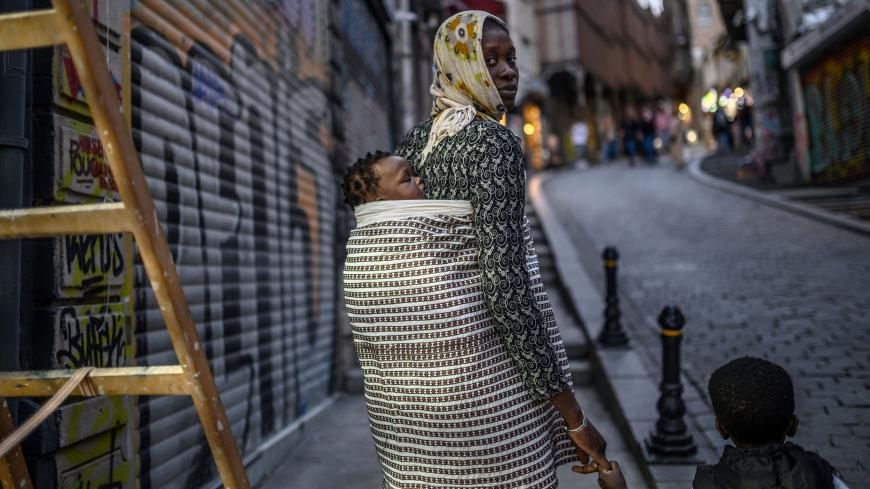 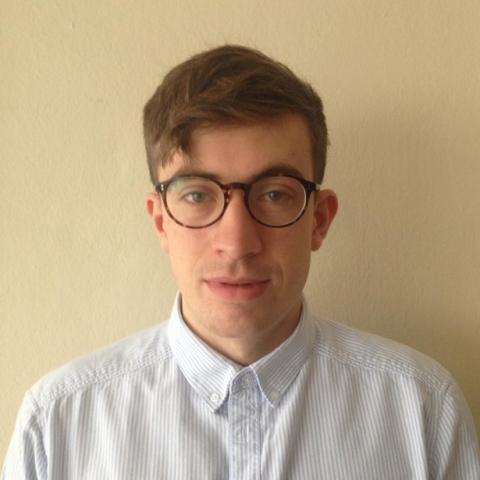 The Ebuka Mama restaurant in Istanbul’s cosmopolitan neighborhood of Kumkapi has a Nigerian flag in its window and a smell of spiced roasted fish wafting through the open door. Its customers eat large plates of jollof rice as Afrobeat plays in the background. A man asks the waiter to play Congolese music and introduces himself to Al-Monitor as William, a businessman from the Democratic Republic of Congo.

Like many entrepreneurial and middle-class Africans coming to Turkey, William is in Istanbul to buy wholesale textile and manufactured Turkish products. Cargo links between Turkey and many sub-Saharan African countries make the process easy and affordable for small business owners to keep their stores stocked from Istanbul. This is in part a consequence of the consumer explosion in many West and Central African countries as the increase in their disposable income feeds a taste for foreign-produced products. The total volume of trade between the African continent and Turkey reached $20.6 billion in 2017 — a rapid growth from the $3.68 billion in 2003, according to Turkey’s official Anatolia News Agency.

Turkish Statistical Institute’s figures list 5,045 Nigerians, 1,357 Senegalese and 1,001 Ghanaians living with work and residence permits in Turkey. However, there are also tens of thousands of West and Central Africans living on long-term tourist visas not included in these state statistics. They are, however, making a life for themselves in Istanbul.

The Nigerian employees of a nightclub, who asked for anonymity, said that they have come from Dubai to Turkey. “Turkey is a beautiful country. … It is more modern than Dubai … but there are no jobs here,” he told Al-Monitor.

Given that Turkey’s unemployment rate looms around 14% — meaning 4.5 million people of working age are unemployed — it is hardly a surprise that Africans find it difficult to find a job. The employees also said that employers are reluctant to hire Africans even if they have work permits. “We are making offers to companies to employ Africans here in Istanbul,” Gulten Tosunoglu, co-founder of the Istanbul African Education, Culture and Solidarity Association (ISAFDER), told Al-Monitor. But their offers are often rejected by the Turkish companies. “They would like to work with Afghans, not Africans,” she added.

So many people have to choose between unemployment or jobs in the black market that offer no security, little pay and long hours. “I have lived here for three years and I have no social life,” Blessing, a Nigerian woman, told Al-Monitor. She works 11 hours a day in a Nigerian restaurant, and when she leaves work, she is too tired to do anything else.

But others do — as much for recreation as for survival. Nightlife and cultural spaces help the communities maintain social bonds as well as share experience and survival tips.

A club in the European neighborhood of Mecidiyekoy, where many Africans live, rap along to Afrobeat artists like Wizkid, Zlatan and Burna Boy until the small hours of the morning. One group of middle-aged African men and women celebrate a birthday in bowties and evening dresses, while another group of men in their 20s dances to the music in tracksuits or black button-up shirts.

It is rare to see West Africans and Turks mix together in the same spaces. Afro clubs and restaurants throughout the city are mainly visited by the community’s own members. When Al-Monitor visited this Mecidiyekoy club all of the guests were from West or Central Africa.

The same is true for the hairdressers. Tucked behind and between the financial districts of Levent and Mecidiyekoy is the sleepy neighborhood of Gulbag, the location of the bustling hairdresser's salon Ecem Afro with its West and Central African patrons. A man steps out with a freshly trimmed beard and his hair in twisted curls. Inside, Prescilla and her friends Edith and Nadia drink tea and after a bit of giggling, agree to talk about themselves.

Prescilla lives in Istanbul in order to supply her store and business in Lagos, Nigeria, with clothes produced in Turkey. But recent constraints on tourist residence permits mean that life for people like her is becoming increasingly difficult in Turkey.

Many Africans were recently denied permission to extend their tourist residence permits, until recently a way to stay in Turkey relatively easily and almost indefinitely. “I personally know 50 people in a similar position who had no choice but to leave Turkey and look for other countries to conduct their business in,” Prescilla told Al-Monitor.

The Directorate General of Migration Management website concurs with Prescilla’s remark. An announcement on Dec. 2, 2019, stated that starting Jan. 1, foreigners with one year or longer short-term residence permits with tourism as their designated reason for being in the country will be refused an extension of their residence permits.

There is some debate over how this new visa change will affect the lives of West Africans living in Istanbul. Tosunoglu from ISAFDER didn’t seem too distressed about the new visa arrangements. “This is not a visa barricade but a difficulty. Africans in Turkey are aware of what’s happening. There are many examples of these kinds of procedures between the countries,” she said.

Adil Kilic, president of the African Turkish Businessmen Union, said that the difficulties would have a negative impact on the economy. “This visa difficulty will have a large impact on Turkey’s exports, it is an unwise decision that will only undermine the process of trade between African countries and Turkey,” he told Al-Monitor.

Across Istanbul, cargo businesses and phone shops reveal diverse and cosmopolitan migrant communities. In different neighborhoods, plastered onto windows are flags representing the Democratic Republic of Congo, Nigeria, Cameroon, Angola, Senegal, Ghana, and a host of other national flags offering vital communication links with a vast portion of the African continent. While the West and Central African communities are alive and thriving in Istanbul, the nature of many people’s existence here remains at the mercy of poor job opportunities and visa rules.

But many of the people interviewed said they want to stay in Turkey despite the hardship. As John, an English teacher from Nigeria, said, “The citizens here in Turkey are nicer to us, unlike in many other Asian countries and other parts of Europe.”

Tugce Ozbicer contributed to this report.