The announcement of the US peace plan has undermined any prospect for a long-term truce between Israel and Hamas. 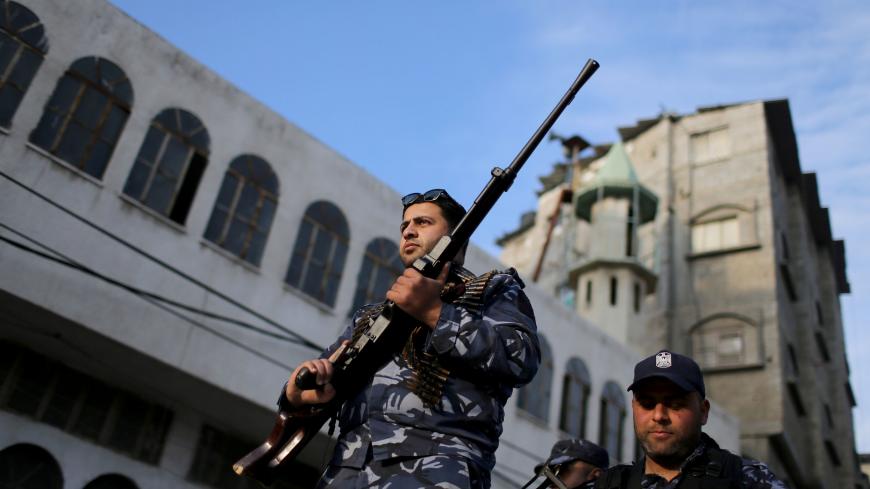 GAZA CITY, Gaza Strip — Tension between Israel and the Gaza Strip has escalated since US President Donald Trump unveiled his Middle East peace plan Jan. 28. Palestinians launched a volley of rockets and mortar shells at Israeli military targets and at the southern Israeli city of Sderot Jan. 29. The Israeli army responded Jan. 31 by bombing several Hamas positions in southern Gaza while threatening to take harsh action should rockets keep falling.

In light of these developments, Israeli sources expect the security situation in Gaza to deteriorate.

Meanwhile, popular protests against the peace plan continued in the West Bank and Gaza Strip. Protesters carried the Palestinian flag and chanted slogans denouncing the plan Jan. 31. They burned the American flag and threw stones at Israeli forces. This comes after the Palestinian leadership held an emergency meeting in Ramallah Jan. 28, in the presence of all Palestinian factions, to discuss ways to respond to the peace plan. During the meeting, the participants agreed that the function of the Palestinian Authority (PA) must change.

The plan would establish two separate Palestinian and Israeli states, declaring Jerusalem a unified capital of Israel, and stopping the “malign activities" of Hamas and Islamic Jihad in the Gaza Strip.

Meanwhile, Israeli Prime Minister Benjamin Netanyahu said during his speech at the White House Jan. 28 that disarming Hamas in the Gaza Strip is part of the plan, which raised questions about how the plan could reflect on the settlement efforts between Israel and Hamas.

Hamas leader Atef Adwan, the head of the Palestinian Legislative Council's Economic Committee, told Al-Monitor, “There are no current talks about understandings or settlements with Israel in light of the grave danger to the Palestinian cause after the US administration published its plan.”

He added, “It will not be taken against Hamas that it concluded an agreement with Israel at a time when the Palestinian cause needed the movement and the resistance factions to thwart the US plan.”

Adwan pointed out that the understandings between Hamas and Israel over the past few months were geared toward achieving humanitarian and economic goals to relieve Gaza Strip residents who have endured 13 years of an Israeli siege. Adwan said that the economic incentives Israel offered to Hamas through Egyptian and Qatari mediators never stopped, and even increased, in the days preceding the announcement of the US plan.

​In an attempt to absorb any Palestinian anger from the Gaza Strip prior to the announcement of the plan, Israel provided economic concessions Jan. 28, and allowed the import of goods that had been banned since the imposition of the blockade on the Strip. Israel also allowed the export of some Palestinian goods and products, such as strawberries.

Israeli military expert Ron Ben-Yishai, in an article for Israeli newspaper Yedioth Ahronoth Jan. 24, noted that Hamas considers the US peace plan as being dictated by the US evangelical Christian movement in cooperation with the Israeli right, to oppose Islam. According Ben-Yishai, this indicates that announcing the plan will push away any settlement between Israel and Hamas in Gaza.

A member of the PLO’s Executive Committee told Al-Monitor on condition of anonymity that the Palestinian leadership is concerned that the understandings between Hamas and Israel will pave the way for implementing an important part of the US peace plan: politically separating the Gaza Strip from the West Bank under the pretext of economic concessions for Strip residents.

The source added that President Mahmoud Abbas invited the Hamas leadership to attend the Jan. 28 emergency meeting in Ramallah to discuss the repercussions of the US peace plan. The aim was to unite the Palestinian internal ranks and hear from Hamas leaders, who attended the meeting, given their clear stance on the US peace plan. In addition, Abbas wanted to get some details on the talks the mediators are conducting between Hamas and Israel, the source noted.

The PA and PLO factions have attacked Hamas in recent months due to Israeli claims that it had understandings with Hamas to reach a long-term truce. They also accused Hamas of trying to separate the Gaza Strip from the West Bank and cancel the role of the PLO, which is the only entity authorized to sign political agreements between the Palestinians and other countries.

Alaa al-Rimawi, the director of al-Quds Center for Israeli and Palestinian Studies in Ramallah, told Al-Monitor it is unlikely that Hamas and Israel will reach a settlement agreement, specifically at the present time, due to the specifics of the US plan.

He noted that ever since Hamas' founding, its strategy has been to remain silent when it comes to any agreement aimed at quashing the Palestinian cause. Hamas even works to obstruct such agreements, which happened with the Oslo Accord in 1993, when Hamas carried out a series of bombings in Israel.

Rimawi said the situation in the Palestinian territories is ripe for a popular and military escalation to oppose the US plan. He said it could develop into a military confrontation between Hamas and Israel in the event that Israel implements some of the plan’s items and officially announces the annexation of areas in the West Bank to Israel.

Talal Okal, a political writer for the Palestinian al-Ayyam newspaper, told Al-Monitor that the chances of Hamas and Israel reaching an agreement were greatly diminished with the announcement of the US plan, as it contains items that end the Palestinian dream of establishing an independent state along the 1967 borders.

​Okal expects the mediators — namely Egypt, which called on Palestinians to consider the plan, and Qatar, which welcomed US efforts to achieve peace — will take action with regard to the Gaza Strip in the coming days to pressure Hamas. The mediators could ensure Hamas' silence with economic incentives, preventing it from taking steps that might lead to any implosion in response to the US peace plan.

The two sides are moving further from a settlement in light of Hamas’ threat to thwart the US plan, which would disarm Hamas, and amid expectations that Israel will continue to provide economic concessions to the Gaza Strip to prevent conditions from worsening. 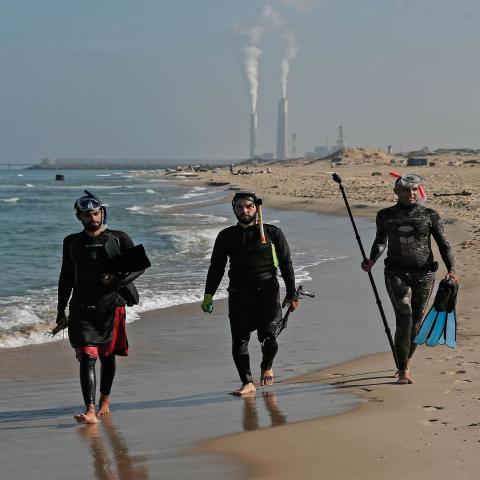