Will Israel go through with plan to develop Gaza gas field?

Amid reports about talks between Israel and the Palestinian Authority to import gas to the territories, sources say the PA intends to get gas to operate Gaza’s power plant and solve its acute power crisis. 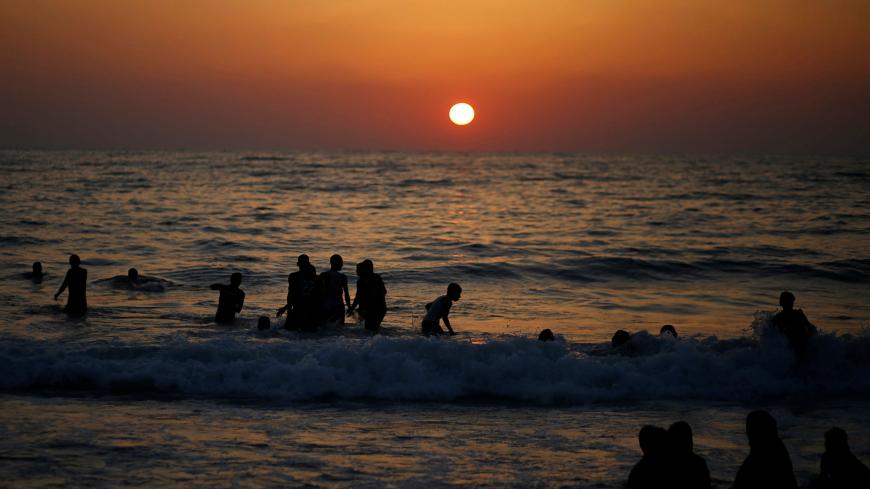 RAMALLAH, West Bank — Israeli Minister of Energy Yuval Steinitz said Jan. 16 that talks are ongoing between the Israeli government and the Palestinian Authority (PA) to supply the PA with natural gas.

The Turkish Anadolu Agency quoted Steinitz as saying during his participation in the Eastern Mediterranean Gas Forum in Egypt that talks with the Palestinians are also covering the development of the Gaza Marine gas field facing the Gaza shores on the Mediterranean.

In response to Steinitz’s statements, head of the Palestinian delegation participating in the forum and Chairman of the Palestine Investment Fund (PIF) Mohammad Mustafa said during the forum, “Talk about the PA importing Israeli gas is inaccurate,” without giving further clarification.

Al-Monitor tried to get a comment from Mustafa, but he refused to make any statements. A Palestinian official told Al-Monitor that no new developments have emerged in the Gaza Marine issue, but that there has been progress in extending pipelines to transfer gas from Israel to operate the power station in the Gaza Strip. The source, who refused to reveal his identity and place of work, noted that the electricity crisis in Gaza is a problem the government wants to solve.

The Israeli Calcalist economic newspaper reported Jan. 13 that Steinitz gave instructions to put the final touches on a long-term project to extend gas pipelines to Gaza. The newspaper said that the planning phase funding, provided by the Netherlands, is estimated at 10 million Israeli shekels ($2.9 million).

Qatar will play a pivotal role in funding the gas pipeline extension from Israel to Gaza. At the end of October, Qatar received the approval of President Mahmoud Abbas to extend the gas pipeline, provided that Qatar gives financial guarantees to Israelis to settle the gas payment.

According to the newspaper, the pipeline will transfer 1 billion cubic meters of gas to Gaza per year, thus allowing the operation of a power generation station with a capacity of 400 megawatts and meeting the electricity needs of the Gaza Strip.

The PA has been discreet regarding the situation in the West Bank and has not revealed whether negotiations with Israel to buy gas are ongoing — like in Jordan and Egypt. The gas would operate a power station that is currently being built in Jenin, in the northern West Bank. Work on the station, which would have a capacity of 450 megawatts, began in 2016 and is expected to cost $620 million.

According to the plan set for the station, power generation would begin by the end of 2021, and it would rely on gas extracted from the Gaza Marine field. However, with the date of operation nearing, there are still no signs of gas extraction from the field to fuel it. The PA might resort to buying gas from Israel to operate the station until gas extraction kicks off.

In January 2014, the PA had signed a deal worth $1.2 billion with Israel for 20 years to supply gas to the power station being built in Jenin. However, the deal was not implemented because of the war on Gaza in the same year.

The PA has sought to benefit from the Gaza Marine field that is 36 kilometers (22 miles) west of Gaza’s coast since its discovery in 1999 by British Gas Corporation, but its attempts to develop the field and extract gas hit a wall, due to Israeli refusal.

The Gaza Marine gas field reserves are estimated at 32 billion cubic meters. The PA is counting on these reserves as a main source to solve the power crisis in the West Bank and Gaza and to supply energy, which would ultimately help the government in its electricity and energy disengagement from Israel.

The PA has two key projects connected to the gas field. The first project consists of supplying gas to the power station in Gaza, which currently operates at a capacity of 140 megawatts. The second project focuses on providing gas to the Jenin station, whose construction the PIF — the investment arm of the PA — is overseeing. The cost of developing the Gaza Marine field is estimated at $1.2 billion, as per Massader Company, which is one of the PIF companies specialized in strategic projects aimed at developing natural resources and infrastructure in the Palestinian territories.

The PA signed an agreement with the British Gas Company in 1999 to develop the field, which is entirely located in the Palestinian territorial waters. As per the agreement, the PA gave the company the exclusive right to drill for any natural resources, like petroleum and gas, in Palestine and develop them. In 2015, the PA relaunched the negotiations regarding the agreement, canceled the British Gas Company’s exclusive right and increased Palestinian investment from 10% in the old agreement to 17.5% in the amended one. With that, Shell acquired British Gas on April 8, 2016.

PIF announced on April 4, 2018, that Shell exited the agreement to develop the field, and that a new alliance between PIF and the Consolidated Contractors Company-Palestine was forged — giving each 27.5%. Another 45% was allocated to an international company to develop the field. A government source told Al-Monitor on condition of anonymity that no agreement has so far been reached with any company instead of Shell.

Israel canceled operations to develop the field with the outbreak of Al-Aqsa intifada in 2000. With Hamas’ victory in the legislative elections in 2006 and its control of the Gaza Strip in 2007, Israel did not resume operations. Consequently, Israel is the main hurdle preventing the PA from benefiting from the gas field.

Economics professor at the Arab American University Nasser Abdel Karim told Al-Monitor, “Israel will not allow the Palestinians to benefit from the gas field for economic and political reasons. Israel might allow this in one case — if this plan is part of a bigger project to develop Gaza’s economy so that it splits from the PA and the West Bank.”