The Palestinian Authority is working to accelerate efforts to develop the Gaza Marine gas field, whose production capacity could help solve the energy crisis plaguing Palestinians. 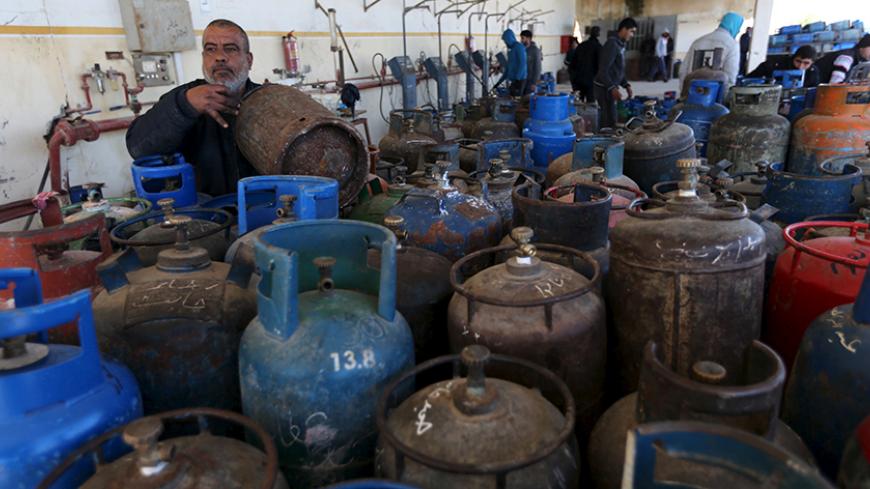 RAMALLAH, West Bank — Palestinian Prime Minister Rami Hamdallah told the local Donia al-Watan website March 7 that the consensus government is discussing with developing companies the extraction of natural gas off the coast of the Gaza Strip. However, the prospects for this remain hindered by security and political obstacles. On Feb. 21, the Palestinian Investment Fund (PIF) announced that there are ongoing Palestinian talks with the Anglo-Dutch Shell company to develop the Gaza Marine gas field off the coast of Gaza.

Mohammed Mustafa, the head of the PIF, told Al-Monitor that the talks with Shell are about the development of the Gaza Marine gas field, with Shell having the largest share of the field development rights (55%). The Palestinian side is urging the company to accelerate its efforts to develop the field as soon as possible given the benefits that this would bring to the national economy.

While the PIF has 17.5% of the field development rights, Consolidated Contractors Company owns 27.5% of these rights and Shell 55%, Mustafa said.

The development and gas extraction rights differ from the ownership and revenue rights, which belong to the Palestinians alone. Shell only has 55% of the rights to develop the gas field as per an agreement signed by the government with British Gas (BG) in 1999. The abovementioned companies were also part of the agreement that stipulates that BG would have the exclusive rights to prospect, explore and develop any oil and gas sources found across Palestine. However, in 2015, the Palestinian government resumed negotiations on the agreement with BG and abrogated the exclusive rights it had given to the company. It also raised the PIF share from 10% under the old agreement to 17.5%. Subsequently, Shell acquired BG on April 8, 2016.

The Gaza Marine gas field was discovered along with another field in 1998, 30 kilometers (19 miles) off the Gaza shore. The field is 600 meters (0.4 miles) in depth, but due to the Israeli obstacles that have prevented any gas extraction attempts, this field is yet to be developed and exploited despite its abundant resources, which could solve the energy problems plaguing the Palestinians, Mustafa said.

The gas field is fully located in Palestinian territorial waters. The gas field's development has been hampered due to several reasons, namely the lack of gas buyers at the time and in the foreseeable future. In addition, Israel did not allow access to the field with the outbreak of al-Aqsa intifada in 2000, and it prevented any attempts to extract gas from the field. This remained the case following the victory of Hamas in the legislative elections of 2006 and Hamas’ takeover of the Gaza Strip in 2007.

Asked what gave the Palestinians hope, Mustafa said that two years ago, Israel gave BG the approval to develop the field. Also, the Palestine Power Generation Company (PPGC), which manages the power plant in the city of Jenin, is now interested in buying the gas. Another interested buyer is Jordan, which signed with BG a goodwill memo showing the country's willingness to discuss the purchase of gas; however, this was obstructed when Shell acquired BG, according to Mustafa.

As for the financial profitability of the gas field, Mustafa pointed out that the field contains roughly 32 billion cubic meters (about 1 trillion cubic feet) of natural gas, and these amounts are capable of satisfying the electricity needs of the Palestinian market in the event that the extracted gas is used to generate power at the power generation plant in Gaza, and subsequently in the power generation plant in Jenin. In addition, some natural gas could be sold to Jordan.

Mustafa said that the project development cost will amount to about $1.4 billion, and that the total expected return from gas development will depend on the quantity produced and the gas selling price worldwide at the time of extraction. Also, roughly $8 billion is expected to be made in the event that the Israeli-purchased electricity is replaced by locally produced electricity.

Palestinians hope that the negotiations conducted by the PIF will contribute to solving the energy problems plaguing the Palestinian territories, especially the Gaza Strip, through the launch of projects related to the field.

Mustafa added, “We hope that the Jenin power station will be provided with gas from the Gaza gas field. A goodwill letter was signed by PPGC with BG before it was acquired by Shell, to pave the way for negotiations over the purchase of the Gaza gas to be used at the Jenin station, whose production capacity is expected to reach 450 megawatts, a capacity that accounts for 40% of the current Palestinian electricity needs.”

He continued, “The Gaza field development is linked to the PPGC [and the PIF is its major shareholder] and to its potential plan to let the power plant in Gaza operate on natural gas instead of diesel; and thus double its production to save the electricity production cost and meet the significant shortfall in electricity supply in the Gaza Strip.”

The PIF expected the total production capacity of the Gaza power plant — once it starts operating on gas — to reach about 280 megawatts. For its part, the PPGC is expected to carry out seawater desalination and wastewater treatment projects that would amount to about $200 million.

Despite the Israeli obstacles that prevent the Palestinians from developing the gas field, Mustafa said, “Any obstacles that may face us are treated as challenges that must be dealt with,” and this goes in line with the “Palestinian pursuit to preserve their natural resources rights. This encouraged [Palestine] to join the United Nations Convention on the Law of the Sea, which was signed by President Mahmoud Abbas on Dec. 31, 2014. The convention gives Palestine the right to exercise its authority in the zone contiguous with its territorial waters and the right to explore and use resources found in its exclusive economic zone and neritic zone.”

Not only does the importance of the Gaza Marine gas field lie in its resources that are capable of solving the energy problem plaguing the Palestinians, but also in the fact that it increases the financial returns of the Palestinian government.

“The right holder in the gas and natural resources is the Palestinian people. Studies suggest that the government returns will account for 61% of the gas field project revenues,” Mustafa said.

Despite the importance of the talks taking place between the PIF and Shell over the gas field development, the next step for the Palestinians, which they hope will be realized on the ground soon, is that Shell starts developing the field and extracting gas from it for the implementation of gas-related investment projects to start — a step the government is working on through negotiations with the company.