UN investigators say Saudi use of NSO Group software was the “most likely explanation” for the hacking attack against the Amazon CEO. 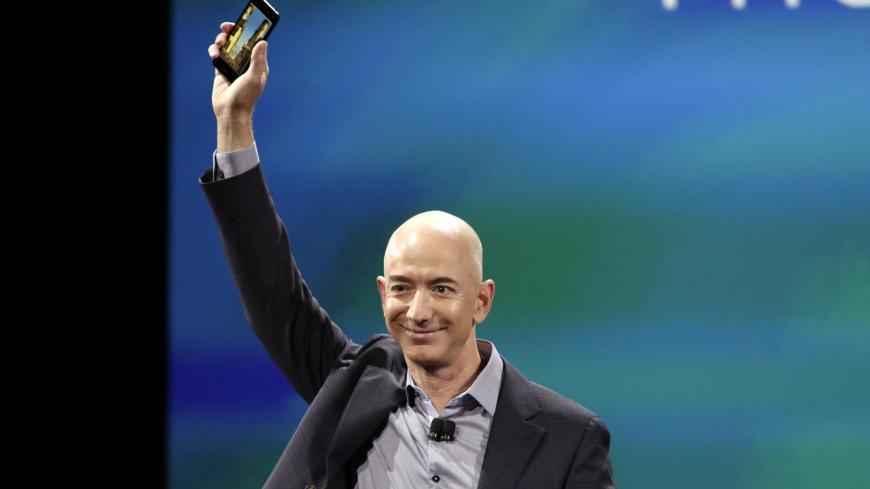 Israeli spyware firm NSO Group’s US lobbying campaign just got a lot more complicated after UN investigators today concluded that Saudi use of its Pegasus spyware was the “most likely explanation” for a 2018 hacking attack against Amazon CEO and Washington Post owner Jeff Bezos.

UN human rights experts Agnes Callamard and David Kaye called for an “immediate investigation by US and other relevant authorities” into Saudi Arabia’s alleged surveillance in a press statement. They said the allegations underscore the “pressing need for a moratorium on the global sale and transfer of private surveillance technology.”

The comments come after a forensic analysis of Bezos’ phone concluded with a “medium to high confidence” that he was hacked after receiving a video from Saudi Crown Prince Mohammed bin Salman’s WhatsApp account. Riyadh has been sharply critical of The Washington Post’s coverage of the kingdom, including columns by murdered dissident Jamal Khashoggi.

“The information we have received suggests the possible involvement of the Crown Prince in surveillance of Mr. Bezos, in an effort to influence, if not silence, The Washington Post’s reporting on Saudi Arabia,” Callamard and Kaye wrote. The Saudi Embassy in Washington has denounced the accusations as “absurd.”

Screenshot from the annex to the UN’s statement on the Bezos hack. Read the full annex here.

WhatsApp and its parent company, Facebook, sued Q Cyber Technologies and the NSO Group in federal court in California in October, alleging that the companies used WhatsApp servers to send malware to 1,400 users, including human rights activists, journalists, lawyers and academics. The allegations have drawn attention on Capitol Hill, where Sen. Ron Wyden, D-Ore., has announced an investigation into whether the firm hacked Americans.

Separately, a Saudi dissident close to Khashoggi has filed a lawsuit alleging that the NSO Group's Pegasus software helped Saudi Arabia spy on Khashoggi before he was killed at the Saudi Consulate in Istanbul. NSO Group for its part insists its software aims to prevent crime and terrorism and that its sale to foreign governments is properly vetted by Israeli authorities.