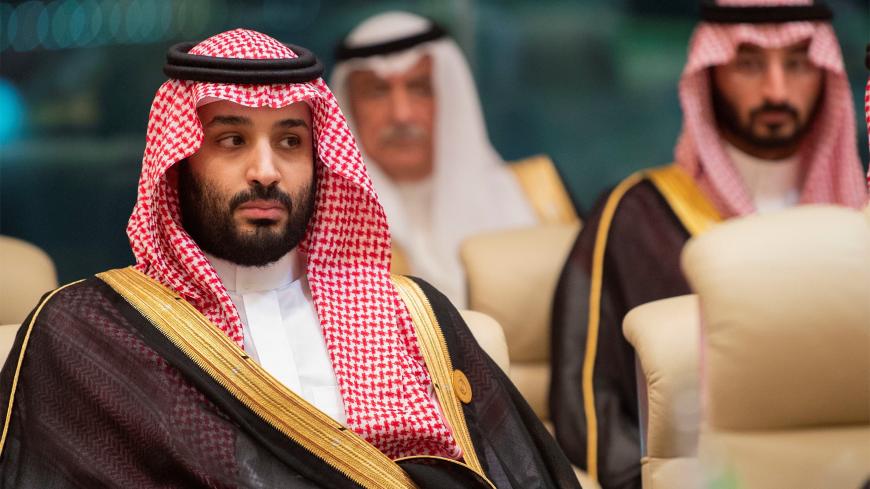 Foreign Relations Committee top Democrat Sen. Bob Menendez, D-N.J., pressed Secretary of State Mike Pompeo on the UN report in a letter earlier this week, asking whether the State Department is aware of Saudi efforts to hack US government officials. His letter also contained a veiled criticism of Israel’s export control policies by asking whether the State Department is working with “allies and partners” to stop “the sale of spyware to the Saudi government.” (Last week’s UN report found that the Pegasus spyware made by Israel’s NSO Group was “most likely” used in the crown prince’s alleged hack on Bezos’ phone.)

And on Wednesday the top Democrat on the Middle East panel, Sen. Chris Murphy, D-Conn., penned a letter asking the US intelligence community and the FBI to launch a probe into the crown prince’s alleged hacking.

Why it matters: Bezos owns The Washington Post and the crown prince allegedly hacked the billionaire’s phone in May 2018 — roughly the same time that the Saudis allegedly hacked associates of the newspaper's columnist Jamal Khashoggi. The UN has found “credible evidence” that bin Salman was involved in Khashoggi’s October 2018 murder at the Saudi consulate in Istanbul.

And while the White House convinced Congress to drop a provision sanctioning Saudi officials involved in Khashoggi’s murder from a defense authorization bill last year, the law still requires the intelligence community to disclose the names of every Saudi official complicit in the assassination. The Trump administration has blown through the deadline to submit the report, which was due earlier this month.

What’s next: Sen. Ron Wyden, D-Ore., has given the director of national intelligence until the end of Trump’s impeachment trial to submit findings on the Khashoggi murder before attempting to force a declassification of the report via the Senate Intelligence Committee.

Know more: Julian Pecquet explains how the UN report implicating the NSO Group in the Bezos hack has complicated the Israeli firm’s lobbying effort. Then read Bryant Harris' coverage of how the White House pressured Congress to drop Saudi sanctions legislation over the Khashoggi murder.