The "Sifir Bir" series set in the southern city of Adana is essentially a constant shootout between dueling street gangs competing for turf, with a bit of the country's turbulent politics. 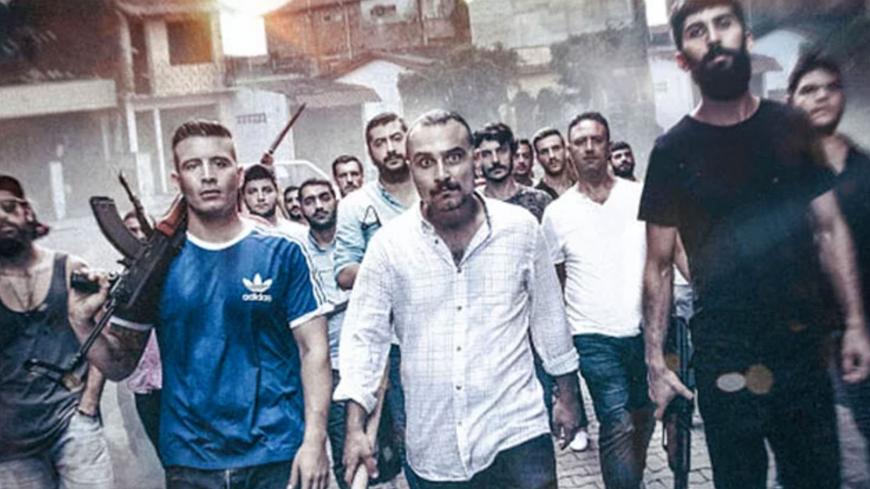 Within four years, the unrestrained Turkish gangster show "Sifir Bir" ("01" in Turkish, taking its name from the license plate code of the large southern city of Adana where it is set) managed to ascend from a series that uploaded its first two seasons to YouTube to a mainstream film and box office success.

The explosion of the show's popularity that eventually took it to the big screen is likely a result of the void of provocative, challenging content on Turkey's TV channels, thanks to the heightened censorship in recent years that has directed viewers to Netflix and local streaming sites.

The "Sifir Bir" film hit theaters on Jan. 10, and according to the website Box Office Turkiye, “added its signature to a magnificent premiere,” opening second behind an animated children's film that was at the top of the charts for its second week running. "Sifır Bir," which sold 280,000 tickets in its opening weekend, came in just under 15,000 behind the top film, though it was screened at only 325 theaters, in comparison to the 821 showing the No. 1 film.

“The production that put its stamp on this weekend was 'Sifir Bir,'” said Box Office Turkiye, noting that the average number of people in attendance per theater over the weekend was 864, quite an impressive feat in Turkey. “Let us remember the fact that average theater figures exceeding 800, even under the best circumstances, is something we encounter just a few times a year,” the site wrote in its weekend report.

The series is set in the Hurriyet neighborhood of Adana, a rough-and-tumble area of tightly packed humble buildings and streets that are often too narrow for cars to enter. While the show (and the film) is essentially a constant shootout between dueling street gangs competing for turf or control in the area, both carry enough nuance to add important political and sociological context to the almost nonstop gun battles and bloody beatings.

Beginning with a shoestring budget, some of the show's actors had no previous experience and grew up in the area in which "Sifir Bir" is set, adding to its raw authenticity. After its wild online success, the show was quickly snapped up by BluTV — a popular Turkish streaming site similar to Netflix — which has produced a number of its own acclaimed series.

In the series, gang leader Savas (Turkish for "war") and his cohorts are respected figures who look after the less fortunate in their neighborhood while fighting enemies who are often ruthless and despicable, and the film follows the same theme, though with greater ambitions. This time, Savas and his right-hand man are tasked with taking down the maniacal mobster brother of a corrupt politician who is protected by other powerful figures in government.

The film does feel a bit like a cash grab. It is set in the city of Izmir, where Savas, Cihat and Azat have resettled to ostensibly live a crime-free life. Throughout the course of the series, it gives the impression that all of the important characters, protagonists and villains alike, (spoiler alert) end up dead by the end. But in an interview last month, director Kadri Beran Taskin said that these three men were wounded badly in the finale, and later secretly transported by their friends to Izmir, where they assume new identities. This explanation may try to justify the existence of the film, but it also could disappoint loyal fans of the show who were satisfied with its ending.

Reflecting the diverse demographics of Adana, many of the show's characters are Kurds (director Taskin, who also plays a sharply dressed lawyer in the series, originally hails from the southeastern city of Diyarbakir) and one season begins each episode with a flashback to Savas' childhood, as his family has just arrived in the city presumably after fleeing the conflict in the southeastern, Kurdish provinces of the country between the militant Kurdistan Workers Party and state security forces in the 1990s. Thousands of villages were destroyed in the region, uprooting residents and causing many to seek shelter and a new life in major cities like Adana.

The film depicts a raucous Kurdish street wedding in Izmir, in one of the city's many ramshackle, informally built neighborhoods — areas not unlike Hurriyet. It also features scenes in Basmane, a seedy area near the city center and home to immigrant populations, shady nightclubs and cheap hotels, giving viewers insight into a totally different side of Izmir in comparison to its typical characterization as a secular, coastal, "white-Turk" stronghold.

As with the series, the film is a total bloodbath, and may be hard for some to stomach. It is nevertheless an entertaining, wild ride, and the creators can be forgiven for wanting to capitalize on their unprecedented success, given the series' humble beginnings. It's hard to believe that the film was distributed by the massive Mars Cinema Group, though it would be difficult to argue that Taskin and crew compromised their colorful, hard-hitting, yet thought-provoking vision and style for sake of the big screen.