A new film about the life of Muslum Gurses, the legendary singer whose career spanned decades of Turkey's tumultuous history, has opened to throngs of old and new fans. 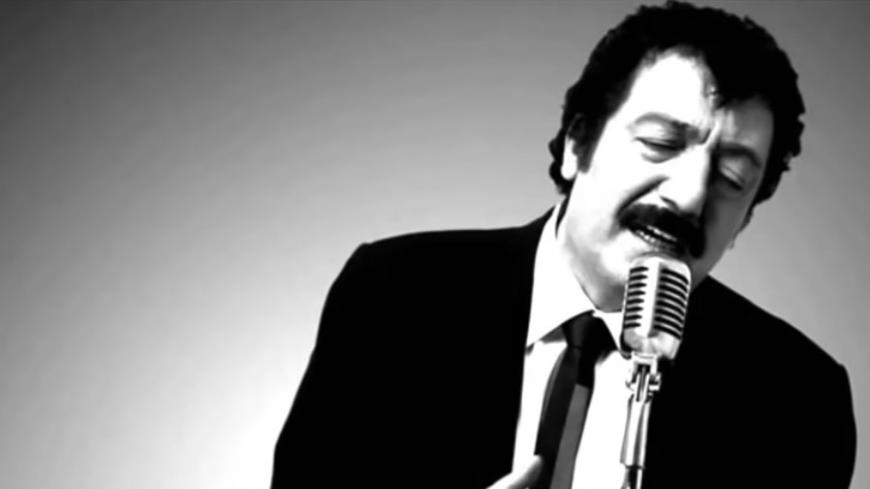 Arabesque icon Muslum Gurses was known for years as the champion of the underdogs and downtrodden, the voice of the poor, working-class Anatolian youth that his own bitter upbringing perfectly embodied. Over the years he transitioned from an outsider to one of the most beloved musicians in modern Turkish history, with a legend that only continued to swell after his untimely death at the age of 59 in 2013.

His legendary status culminated in the recently released biopic “Muslum,” an ambitious yet well-executed film that takes viewers to the center of Gurses' famously difficult life, one that was riddled with emotional and physical pain. His mother was murdered by his own father, who is portrayed as a cruel alcoholic, and his brother was a military deserter who was shot and killed by soldiers after he refused to surrender. At the age of 24, Gurses was in a gristly car accident that left him in such terrible shape that he was presumed dead and transported to a morgue, only to be rushed to the hospital after staff noticed that he was moving. He suffered partial hearing loss and had to have a plate put in his skull.

Gurses channeled his pain into music and embarked on his career as a teenager after winning a local singing contest in the southern city of Adana, where he spent most of his youth. With his husky, somber baritone and lyrics of deep loss and heartbreak, Gurses quickly became one of the quintessential purveyors of Arabesque, a genre that emerged around late 1970s, when Gurses started singing and there was swell in rural-to-urban migration.

“Arabesque was something created collectively by the people and artists who migrated from villages to cities,” said Caner Isik, an academic who co-wrote the book “Arabesque and Muslum Gurses,” in an interview on Haberturk TV shortly after Gurses' death. The genre was synonymous with Anatolia and the Anatolians who came to cities as low-paid workers. Nobody embodied it better than Gurses, the last generation of a family of impoverished farmers who left their village in the province of Sanliurfa for Adana, where a young Gurses worked as an apprentice to a shoemaker.

“He wasn't someone who became tough or who became overcome by hate, spite and rage. On the contrary, he became someone who was inclusive, who loved and tried to share and who understood the plight of the poor and downtrodden,” Isik said.

His voice caught on with a legion of mostly young, working-class men with Anatolian roots, diehard fans who were famous for slashing themselves with razor blades at Gurses' concerts in the late 1980s and early 1990s. Though over the years, the role of Arabesque in Turkish culture has transformed, bending and twisting with the political situation of the period.

“The mainstream has itself changed greatly since the 1970s, the years of Arabesque's emergence. Culture became a more polemicized matter over this decade, so by the time of the 1980 coup, what had been simply a kind of pop had become a national threat, at least from the point of view of the state,” Kings College London music professor Martin Stokes told Al-Monitor. Stokes authored the 1994 book “The Arabesk Debate: Music and Musicians in Modern Turkey."

“By the mid-1980s, Turgut Ozal's liberalism was using Arabesque for populist purposes, to suggest the 'elite' was out of touch and that reforms breaking the state's grip on civil society were urgently needed. Arabesque became mainstream and remained that way, I would say for the next two decades. Other forms of pop had to adjust to it, and not the other way around,” Stokes said.

In 2006, renowned poet Murathan Mungan curated an album for Gurses on which the singer performed renditions of songs from artists including Bob Dylan, Leonard Cohen, David Bowie and Bjork sung in Turkish. It was a deliberate plan to get Gurses to appeal to a white-collar, educated audience, according to music journalist Mujde Yazici Ergin.

“Murathan Mungan enabled the intellectuals who had turned their backs to Gurses for years to listen to and understand him,” Yazici Ergin told Al-Monitor. “During that period, he received quite a bit of criticism from his own fans, but up until his death he didn't lose interest from his listeners.”

“Muslum” premiered on Oct. 26 and sold 600,000 tickets in three days, no small feat in Turkish cinema. Its cast of acclaimed veteran actors includes Timucin Esen, who brings Gurses to life in a delicate, nuanced performance. The film begins with Gurses' family's move from Sanliurfa to Adana and depicts his tragedies, eventually leading to his marriage to Muhterem Nur, herself a famous singer and actor 20 years Gurses' senior, whose traumatic upbringing and life story rivals his own.

Known for his colorful suits, thick mustache and mop of curly black hair, Gurses exuded sympathy and humanity, and it is perhaps those qualities that attracted his rabid fan base of youngsters who had likely experienced similar strife. He was affectionately referred to by his fans as “Muslum Baba,” meaning Papa Muslum.

“There was something I always thought rather humble, awkward, conscious of his origins about Gurses that was clearly part of his appeal. I think his fan base of rather passionate young men, reminding me more of Morrissey than anybody else in Turkey or neighboring countries, made Gurses rather unusual in the Arabesque world,” Stokes said.

Gurses, however, was no saint. He inherited his father's penchant for heavy alcohol consumption and was violent toward his wife at least once when he had been drinking, a fact that the film appropriately chose not to omit. Nur, however, was a stabilizing force in Gurses' life, as he quit drinking four months into their relationship and the two remained deeply in love until his passing.

Arabesque, though still derided by some — prominent concert pianist Fazil Say once referred to Arabesque listeners as national traitors — has managed to seep into other genres today including hip hop and electronic music.

The largest theater in the upmarket Istanbul neighborhood of Nisantasi was nearly full of people of differing ages and backgrounds on a recent screening of the film, an indication of Gurses' acceptance by all facets of society. "Gurses lives on, capturing the attention of the new generations," said Yazici Ergin. The young people in the theater are proof of that.