Based on novels by the popular author Rifat Ilgaz, the "Chaos Class" film series has been a Turkish favorite for four decades, but a remake of the original comedy has been widely panned. 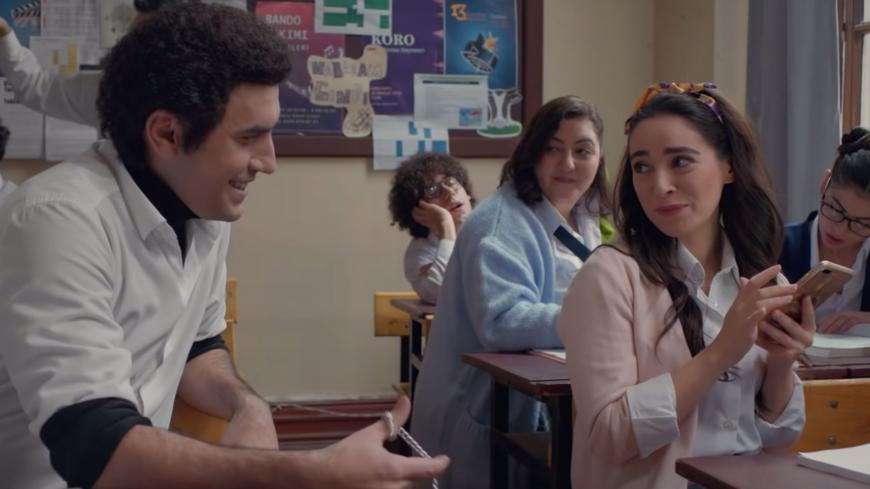 A still from the trailer for the film "Hababam Sinifi Yeniden," released in April. - YouTube/HANN

Art and entertainment
Education
May 2, 2019

A remake of one of Turkey's most beloved film series hit theaters nationwide last month, apparently to the chagrin of much of the country. A mere 70,272 tickets were sold for the opening weekend of “Hababam Sinifi Yeniden” (“The Chaos Class, Once Again”), a fraction of the 450,783 for the premier of the last sequel in the series, in 2006.

The popular and iconic series “Hababam Sinifi” (“The Chaos Class”) follows the escapades of a notorious class of pranksters at an Istanbul boarding school who smoke on school grounds and cheat on exams with impunity until a stern new vice principal arrives. The original movie and the first three sequels, made between 1975 and 1977, are revered by Turks, while the three films released in the 2000s and featuring a different cast were not as well received, though they performed much better at the box office than the new remake.

Currently rated a 2.6 out of 10 on IMDB — compared with the 9.4 commanded by the original movie — “The Chaos Class, Once Again” is the subject of 33 pages of entries on the popular online forum Eksi Sozluk, where users engage in frank and often crass discussions on a range of topics. Many of those commenting have voiced contempt for the remake, with one wordsmith describing the film as “Queen without Freddie Mercury.”

“Hababam Sinifi Yeniden” was filmed with a new cast, due to the fact that most of the main actors from the original films have passed away. Halit Akcatepe, Tarik Akan and Munir Ozkul, some of the most celebrated and cherished actors in Turkish film history, are all dead. Kemal Sunal, perhaps the doyen of Turkish comedy acting, died in 2000.

While it was funny to watch men in their 30s play mischievous, unmotivated high school students in their 20s in the original films, the latest effort is a 106-minute ordeal with few laughs to offer even an occasional respite. The films are based on a series of novels and short stories by the critically acclaimed Turkish author Rifat Ilgaz.

The film critic Murat Emir Eren explained to Al-Monitor, “The Hababam Sinifi” phenomenon rests on the novels of Rifat Ilgaz. Ilgaz's sharp-tongued satire received a great response from society [in the 1970s], due to society's latent problems with authority. The first place we encountered authority was at school, and ‘Hababam Sinifi’ is the funny story of an idealized group of students composed of warm-hearted characters who come out against this authority.”

The original films in the series appeared during the golden age of Yesilcam, the “Turkish Hollywood,” and have worked their way into the public's consciousness.

Sonay Ban, a doctoral candidate at Temple University who researches Turkish cinema, told Al-Monitor, “As kids in the 90s, we watched these films time and time again and practically memorized them. One way or another, they became imprinted in culture and memory.”

According to Ban, the 1970s movies directed by Ertem Egilmez through his production company, Arzu Film, are notable for their comedic value and sentimentality, evoking a wide range of emotions among viewers. Though the emphasis on exams and rote memorization highlighted in the films remains a prominent (and problematic) aspect of the Turkish education system, the practice of well-to-do Anatolian families sending their kids to boarding schools in the city and not visiting them for several months at a time is a feature of that decade, before the development of an extensive network for domestic air travel.

Egilmez and Arzu Films produced many other films featuring stars from the “Hababam Sinifi” series, including the classics “Mavi Boncuk” (“The Blue Bead,” 1974) and “Saban Oglu Saban” (“Saban, Son of Saban,” 1977). Ban remarked, “The chemistry between them was just so good. People loved these actors very much, and regardless of what they did, they were successful in appealing to a loyal filmgoer.”

The first "Hababam Sinifi" movies wove dark elements in among the slapstick comedy. In the original film, one of the students, Damat Ferit, played by the heartthrob Tarik Akan, reveals that he is married and has an infant daughter. Damat Ferit is forced to bring the baby to school for a few days while his wife is out of town as the couple had no one to watch the child because Ferit has kept the marriage a secret from his family/

In the “Hababam Sinifi” films, the students' predicament is actually rather depressing. Most of them are from Anatolia and have wealthy families who pay for their tuition but don't seem to care about them otherwise. Their endless shenanigans and tomfoolery reflect efforts to paper over the grim reality that they are grown men who flunk classes and repeat grades time and again and have little else outside the camaraderie built upon their various failures.

“Hababam Sinifi Yeniden” lacks nuances to this effect and attempts to awkwardly adapt to the present with a flurry of social media references and smartphone usage. While the remake may have been an attempted cash grab, it isn't exactly a smash hit, bringing some 281,790 moviegoers to theaters in its first three weeks. By comparison, the 2018 biopic “Muslum,” the most watched film in Turkey last year, sold 3.8 million tickets within the same timeframe.

In an era producing second-rate comedies on a regular basis, Turkish viewers are less than thrilled that one of them happens to be a remake of a movie they venerate. The dud of a film does, however, serve to remind movie fans of the irreplaceability of the originals.