Egypt advises Iraq to expel US, other forces in bid for stability

Egypt is recommending that Baghdad expel all foreign forces, including those of the United States, from Iraqi territory following the US drone strike that killed Iran’s top Quds Force commander, Qasem Soleimani, at the Baghdad airport. 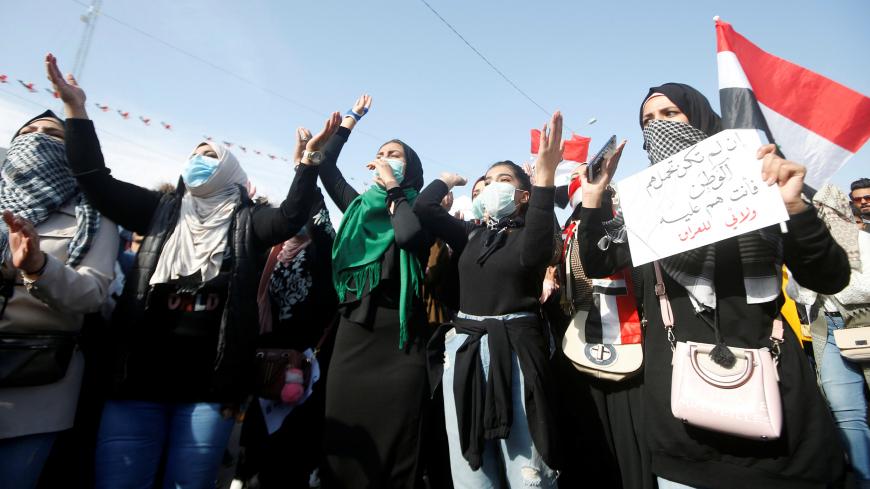 The United States said Jan. 15 its forces are resuming training operations in Iraq against the Islamic State (IS), despite calls from various quarters, including Egypt, for all foreign troops to exit the country.

The calls reached a fever pitch in the wake of the US assassination Jan. 3 of Iran's Islamic Revolutionary Guard Corps Quds Force commander Maj. Gen. Qasem Soleimani, who was considered the architect of Iran's foreign operations. Soleimani was killed by a US drone as he visited Iraq.

The assassination was carried out only a few days after thousands of protesters and militia members stormed the US Embassy Dec. 31 in Baghdad to condemn US airstrikes that targeted Kataib Hezbollah in Iraq, allied with the Iran-backed Popular Mobilization Units (PMU) in Iraq.

The Egyptian Ministry of Foreign Affairs quickly called for “the immediate cessation of all types of interference in the affairs of Arab countries and peoples.” In a statement on its Facebook page Jan. 3, the ministry said it was "following with great concern the accelerating developments in Iraq, which warn of an escalation that is important to avoid."

It continued, "Egypt thus calls for containing the situation and avoiding any new escalation." The ministry added that such interventions only increase division and tension among Arab peoples who yearn for peace and stability.

On Jan. 10, Iraq's caretaker Prime Minister Adel Abdul Mahdi officially asked US Secretary of State Mike Pompeo to send a US delegation to Iraq to implement parliament's Jan. 5 decision that troops should withdraw.

Egypt's former Assistant Foreign Minister Rakha Hassan told Al-Monitor by phone that there were secret Egyptian diplomatic efforts to evacuate US forces from Iraq, as Cairo is fully convinced that the cause of division in Iraq and various Arab countries is foreign interference in Arab affairs, especially military interventions.

“Senior officials from the Egyptian Foreign Ministry communicated with their counterparts and political officials in Iraq to convince them of the necessity to request the departure of US forces. The reason is that Soleimani’s killing in Baghdad by these forces puts Iraq at risk of becoming a proxy battleground between several international parties, most notably Iran and the US,” Hassan noted.

Hassan stressed that Egyptian efforts in this regard came because Egypt and Iraq have significant relations, especially at the security and economic levels, not to mention the trade and oil exchanges between the two countries.

Egyptian Assistant Foreign Minister for European Affairs and former Ambassador to Berlin Badr Abdel Ati told Al-Monitor, “Egyptian diplomacy believes the presence of any foreign forces on the soil of any Arab country is a harmful measure. Military intervention is never in the interest of any state.”

He indicated that Egypt affirms its steadfast stance opposing foreign interference in the affairs of Iraq or any other Arab country. “Foreign interference after the killing of Soleimani could have turned Iraq into an upcoming war zone between Iran and the US," he said, adding, “This would go against Egypt’s own interests and the interests of its brotherly Arab countries.”

Abdel Ati asserted that Egypt is helping all brotherly Arab countries prevent foreign military intervention on their soil, including Iraq, Syria and Libya. “The Egyptian Foreign Ministry statement regarding the killing of Soleimani has explicitly indicated that foreign interference in Arab countries has only led to more division. This corroborates Egypt's vision in this regard,” he said.

The trade volume between Egypt and Iraq reached $500 billion in 2017, according to the most recent statistics, while Iraqi investments in Egypt were estimated at about $1.2 million. In 2018, Egypt imported 12 million barrels of Iraqi crude oil.

On March 23, 2019, Egyptian President Abdel Fattah al-Sisi received Abdul Mahdi in Cairo and expressed his appreciation for Abdul Mahdi’s choice of Egypt to be the destination of his first foreign visit after he was sworn in as prime minister, while Abdul Mahdi confirmed his country's keenness to advance relations between Egypt and Iraq in various fields.

Sisi then stressed in a statement Egypt's committed stance on Iraq: support for its unity, stability, territorial integrity and non-interference in its internal affairs. The two leaders also discussed ways to enhance cooperation in security and the fight against terrorism to prevent the risk of foreign terrorists proliferating in the region.

Hassan also told Al-Monitor, "Egypt doesn't want to interfere in Iraq’s affairs, but it accepts its role and responsibility as a large Arab country to ensure Iraq's stability. Egypt doesn't want to … impose control and domination, but is keen on Iraq's stability and security and not having it turned into a battleground between conflicting international parties, as happened in Syria.”

A researcher in international law at Cairo University, Mohammad Hamed, told Al-Monitor, “Egypt believes that removing the US forces from Iraq will be in the interest of Iraq and the Arab people in general; there is no justification for their presence anymore, especially after Iraq’s success in defeating terrorism and eliminating [IS]."

He added, “The US forces assessed their presence in some areas in Iraq after the increasing Iranian threats to US targets following the assassination of Soleimani and the PMU’s deputy head Abu Mahdi al-Muhandis.”

There was a major miscommunication about the outcome of that assessment.

The Iraqi government announced Jan. 14 that it will not back down from its demand that all foreign forces withdraw, the United States included. Still, both governments are continuing discussions on the issue.