Why is delivery of S-400 missiles to Turkey delayed?

The testing of the battle management and multimode engagement for the Russian-built S-400 air defense missile system in Ankara was both a technical necessity as well as an expression of diplomatic determination for full activation of the S-400s. 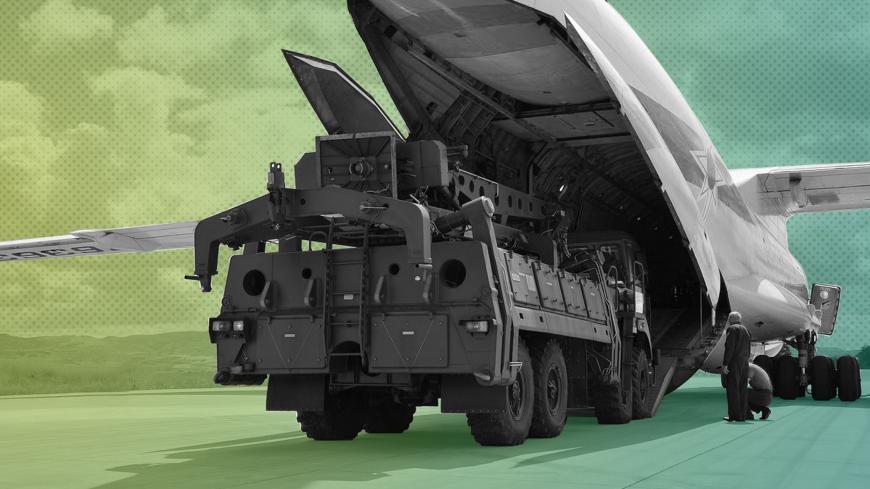 The activity is for “testing air defense systems,” said a Nov. 24 statement from the Turkish Defense Ministry. This was followed by heavy media interest in coverage of testing of S-400 radars.

These media reports haven’t been denied by the Turkish authorities.

Sources in Ankara told Al-Monitor that the testing included radars of the first S-400 fleet. Two batteries are stationed at Murted Airbase.

The radar tested is the “eye of battle management system” of each battery that detects heavy bombardiers from 570 kilometers (355 miles) and faster fighter planes from 400-450 kilometers (250-280 miles). The “Big Bird” 91N6E acquisition and battle management radar can simultaneously track 300 close proximity enemy targets. The other radar in each battery is a Grave Stone multimode engagement radar.

This 91N6E radar for the S-400 system is tasked with acquiring and tracking aerial and ballistic targets, identifying targets and performing angle measurements on standoff jamming aircraft. The 92N6E radar in the system is intended to provide autonomous manual and automatic sector sweeps, target acquisition and tracking in adverse weather, electronic counter measures, chaff and low altitude clutter environments. This radar is equipped with identification, friend or foe capability as well.

The Turkish air defense personnel who returned from training in Russia at the end of October are receiving hands-on “user training” in addition to getting experience involving radar tests,

On Nov. 25-26, tests were carried out on changes made in S-400 software for use in Turkey and on the identification, friend or foe systems, among other things.

That the media was allowed to photograph the tests and that Ankara did not deny the activity showed Turkey wanted the world to know about this t\trial run, although it could have been done in total secrecy. The system for high-altitude and long-range detection could have been tested without mobilizing F-16s. The personnel could have been otherwise trained and tested on identification, friend or foe to see whether the system could safely recognize F-4E and F-16 planes and determine whether the user personnel could detect the planes in time and engage them with radar locks.

Level Ozgul, an analyst at the Turkish Defense News, said, “These tests will be followed by other platforms, unarmed and armed UAVS, targeted planes and cruise missile simulations, and support planes tests. The goal is to be ready against main targets by the end of December 2019, that is, to achieve initial operational capability to be followed by full operational capability.”

That would entail preparedness for a full range of target simulations by April. It is likely that this phase would mostly be conducted by Russian officers and technicians and would be handed over to Turkish personnel only when full operational capability is achieved.

What makes the issue interesting is that open sources have not yet heard of arrivals of S-400 missiles to Ankara. Shipments of S-400s to China were made by sea to avoid risks of damage. If it is assumed that the missiles also would shipped to Turkey by sea and that there would be inevitable intensive, live media coverage, then it would appear that the missiles have not yet reached Turkey, although there had been mention of missiles arriving in Ankara by the end of October. This would mean that there is now a one-month delay in delivery. Why is that?

I believe that the delay is caused by Ankara’s wish to use the S-400 as an ace in diplomatic bargaining with the United States and NATO. Once the missiles come to Turkey and are loaded on launchers, the system will be fully operational. This is why we are carefully watching for reports of missile shipments.

“The training of Turkish S-400 personnel is continuing. Both the personnel and S-400 batteries will be continuously tested until April 2020. There will be a test firing at Konya firing grounds. But there are some who claim that the firing tests were already carried out in Russia in front of Turkish personnel,” he said.

Alexander Mikheev, the director general of Rosoboronexport, must have noticed Ankara’s full dedication to the S-400 and made reference to the potential sale of a second S-400 fleet.

“The 91N6E in the S400 system is tasked with acquiring and tracking aerial and ballistic targets, identifying targets and performing angle measurements on standoff jamming aircraft. The 92N6E Radar in the system is intended to provide autonomous manual and automatic sector sweeps, target acquisition and tracking, in adverse weather, of electronic counter measures, chaff and low altitude clutter environments. This radar is equipped with IFF [identification, friend or foe] capability as well,” he said.

Obviously Russia is very willing to sell Turkey a second fleet. But news of that possibility raised eyebrows in Washington.

US Secretary of State Mike Pompeo said Nov. 26 that the Ankara test was “concerning.” He said the United States has made it clear to Turkey that Washington wants to see Ankara move away from full operation of the S-400 air defense system.

During the Nov. 13 White House summit between US President Donald Trump and Turkish President Recep Tayyip Erdogan, a decision was made that a commission coordinated by diplomats of the two countries should be set up to find a solution to the S-400 issue.

But Ozgul said it is impossible to find a middle way for this issue as the demands of the sides are totally contradictory.

“The US demands Turkey’s full disposal of the S-400 batteries without any bargaining. Turkey, on the other hand, is saying that a formula for joint use of the S-400 and the F-35 by the Turkish air force must be found. Even if such a solution cannot be found, it is out of the question for Turkey to give up the S-400s,” he said.

Turkey says it will not integrate the S-400 missiles into the NATO system, but the crisis clouded the Dec. 3-4 NATO summit held in London.

Ozgul said both Ankara and Washington have entered the “tunnel of no return.” The Countering America's Adversaries Through Sanctions Act and other sanctions will likely be applied against Turkey. He said, “Otherwise, Egypt, India, Indonesia, Vietnam and the UAE will also stop worrying about US measures and head toward Russian systems. Moreover, because of [Turkish] operations in northern Syria, the negative congressional attitude will be further provoked by S-400 tests.”

For me, delivery of S-400 missiles to Ankara is gaining importance. If the missiles were long ago shipped to Ankara, this means we are already in the tunnel of no return. But if they have not been shipped, there is still an opportunity for a diplomatic solution.

But if media reports surface of a shipment of S-400 missiles to Turkey, it is likely that the slow train wreck of US-Turkey relations is about to become a head-on collision of fast-moving trains.