Turkey's Defense Ministry has not publicly confirmed if the missile was part of planned tests of the Russian-built air defense system. 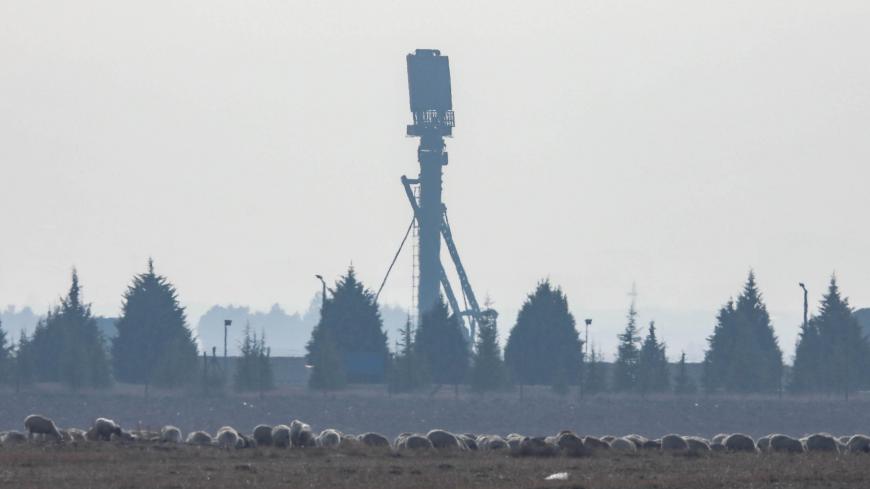 The S-400 air defense system from Russia is activated for testing at Turkish Air Force's Murdet Air Base on Nov. 25, 2019, in Ankara, Turkey. - Getty Images

At least one missile was fired in Turkey's northern city of Sinop on Friday following a Turkish report that the military would test its Russian-built S-400 air defense system in the area this week.

Video of the launch was posted to social media by a local resident on Friday morning.

Turkey issued an aviation warning last week for up to 200,000 feet over the Black Sea coastal city of Sinop, saying missiles would be fired in the area Oct. 13-16.

Turkish Minute first reported earlier this month that Turkey’s military would test the S-400 in Sinop in the first half of October.

The Turkish Defense Ministry has not issued a statement on the reported test.

The US Defense Department said it was aware of reports that Turkey may have test-fired the S-400 on Friday, saying the US "strongly condemns" the test if the reports are accurate.

"We have been clear: an operational S-400 system is not consistent with Turkey’s commitments as a US and NATO Ally."

"Turkey has already been suspended from the F-35 program and the S-400 continues to be a barrier to progress elsewhere in the bilateral relationship.”

The US State Department issued a similar statement, saying it condemns the launch if in fact it was a test-firing of the Russian-built system and warning of "potential serious consequences" for the US-Turkey security relationship.

Chairman of the Senate Armed Services Committee Sen. James Inhofe said he was "disappointed to see Turkey proceed with testing the S-400 missile defense system," in a statement provided to Al-Monitor.

"It's surprising and even incoherent to see Turkey turning further toward Russia, given the two countries' starkly opposing policy positions on and troop deployments to Libya, Syria, and the ongoing conflict in Nagorno-Karabakh," the statement read.

"Turkey's reliance on Russia for military equipment undermines, rather than improves, Turkey's security."

Why it matters:  Ankara may be seizing a window of opportunity to test its new defense system before the November US presidential election.

The Donald Trump administration has warned Turkey not to activate its S-400 system or else it could face economic sanctions, but despite having been repeatedly urged by Congress to do so, has not enacted any penalties for its NATO ally. Relations between the two allies are at a nadir in significant part due to Ankara’s purchase of the Russian technology.

What’s next:  If it is confirmed that the missile fired on Friday came from Turkey’s S-400, the response by the US Congress is likely to be swift. Lawmakers have pointed out that the Trump administration is required by a 2017 law to place sanctions on Turkey over Ankara’s acquisition of the Russian-built defense system.

Turkey also redeployed a seismic research vessel to disputed waters in the eastern Mediterranean in spite of urging from NATO leadership and the European Union not to do so. The US State Department called the move a “calculated provocation.”

Know more:  Diego Cupolo points out that Ankara may also be exploiting an opportunity to test limits in the eastern Mediterranean as the EU has postponed a decision on Turkey’s maritime actions there until December.