US sanctions Turkey over S-400 purchase

The Foreign Ministry in Ankara said it will "retaliate" for the sanctions on four top officials of Turkey's defense procurement agency. 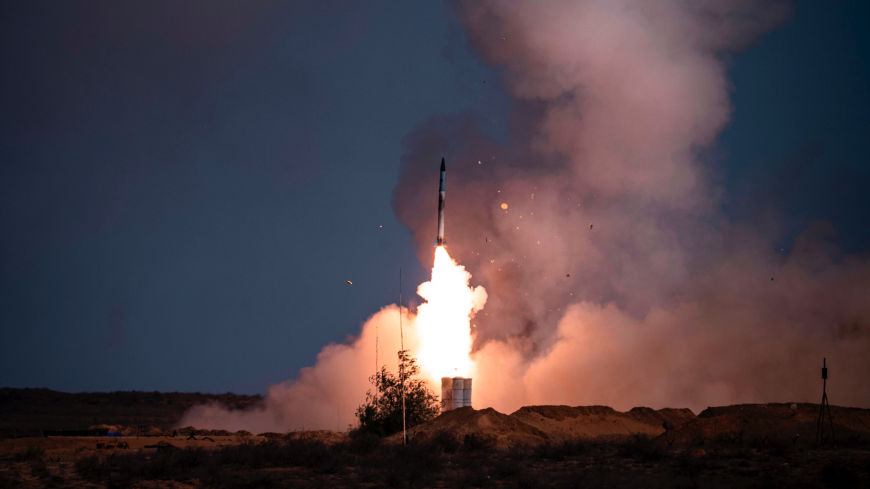 A rocket launches from a S-400 missile system at the Ashuluk military base in Southern Russia on Sept. 22, 2020, during the Caucasus-2020 military drills gathering China, Iran, Pakistan and Myanmar troops, along with ex-Soviet Armenia, Azerbaijan and Belarus. - DIMITAR DILKOFF/AFP via Getty Images

The sanctions include a ban on US goods and technology exports to Turkey’s defense procurement agency, or SSB, and specifically target the body’s chief Ismail Demir, vice president Faruk Yegit, head of air defense Serhat Gencoglu and program manager for Turkey’s regional air defense Mustafa Alper Deniz. All four have also been hit with asset freezes and visa restrictions.

“The United States has made clear to Turkey at the highest levels and on numerous occasions that its purchase of the S-400 system would endanger the security of US military technology and personnel and would provide substantial funds to Russia's defense sector, as well as Russian access to the Turkish armed forces and defense industry,” Christopher Ford, the State Department’s top nonproliferation official, told reporters on Monday.

Turkey’s Foreign Ministry condemned the decision as “completely senseless,” warning that Ankara will “retaliate in a manner and timing it deems appropriate.”

The planned move was first reported last week by Reuters. It comes just days after the US Senate advanced annual defense spending legislation that would force the US administration to sanction Turkey for the S-400 purchase under the 2017 Countering America’s Adversaries Through Sanctions Act, which mandates economic and cooperation penalties on governments that carry out significant transactions with Russia’s defense industry.

The sanctions also coincide with proposed European Union sanctions on Turkey for its activities in the Eastern Mediterranean. Representatives met to debate the proposed penalties during a European Council summit in Brussels late last week, with France, Cyprus and Greece advocating for a firm stance toward Ankara.

The European Council has not yet named potential designees, though they are likely to include people and entities tied to Turkish gas and drilling activities near Cyprus and Greece. Turkey’s Foreign Ministry last week slammed those proposed sanctions as “unlawful."

The sanctions are unlikely to have a major impact on Turkey's already wavering economy or to do much damage to US cooperation with Turkey's defense industry, which has declined in recent years.

"These sanctions are mostly a symbolic move," said Soner Cagaptay, director of the Turkish Research Program at the Washington Institute for Near East Policy. "The administration is making a statement and letting Congress' anger be vented out, but they're also not dynamiting the Turkish economy or the future basis of US-Turkey relations," Cagaptay told Al-Monitor.

State Department officials speaking to reporters on Monday denied the timing of the US sanctions had anything to do with the advancement of the 2021 defense spending bill or with the EU’s proposed penalties, instead saying the Trump administration deliberated for several months over the sanctions on a key ally.

“Imposing sanctions on a NATO ally is not something we take lightly. We continue to value Turkey’s contribution to NATO,” Matthew Palmer, State Department assistant secretary for European and Eurasian affairs, told reporters during the conference call on Monday.

“Our purpose has not been to upend our relationship with such a close ally. We are trying to send a strong signal and to make SSB clearly feel the consequences of its choice to be involved in this transaction,” Ford said.

Turkey test-fired the S-400 on its Black Sea coast in October. Earlier that month, members of the US Senate renewed their pressure on the Trump administration amid reports that Ankara may have tested the S-400's radar on Greek F-16s during rival military exercises over the Eastern Mediterranean in August.

President Trump again vowed yesterday to veto the $740 billion defense spending bill, having previously objected that it does not contain a provision to rescind a law protecting social media companies from liability.

The United States removed Turkey from the F-35 Joint Strike Fighter program last year as a result of the $2.5 billion S-400 purchase. US officials have said the systems are incompatible in that the Russian missile defense unit’s radar could provide the Kremlin with sensitive data on Lockheed’s advanced fighter platform.

So far Israel is the only country in the Middle East to possess the F-35, but the United Arab Emirates may be next. The Senate failed last week to block the Trump administration’s proposed sale of up to 50 F-35s and 18 armed drones to the UAE as part of the White House’s Abraham Accords initiative, under which the UAE and Bahrain have formally established ties with Israel.