NATO's secretary-general urged Turkey on Monday to seek alternatives to the Russian system, but Turkey plans to test-fire the S-400 this month. 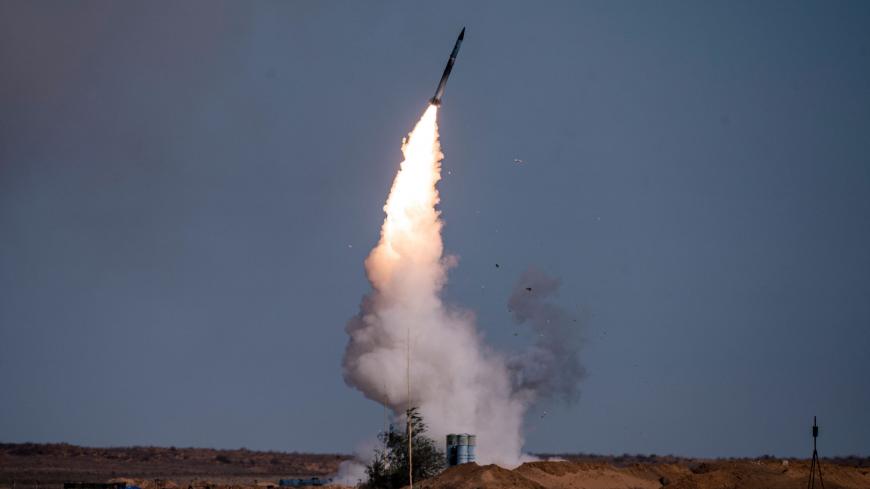 A rocket launches from a S-400 missile system at the Ashuluk military base in southern Russia on Sept. 22, 2020, during the "Caucasus-2020" military drills gathering troops from China, Iran, Pakistan and Myanmar, along with those from ex-Soviet countries Armenia, Azerbaijan and Belarus. - DIMITAR DILKOFF/AFP via Getty Images

Turkey has issued aviation warnings for the area of the northern city of Sinop amid reports that Ankara’s military intends to test its Russian-built S-400 air defense system within the next two weeks.

“Missile firing will take place” up to 200,000 feet between Oct. 13-16 near the Black Sea coastal city of Sinop, a “notice to airmen” issued by the Turkish government read. Another notice listed civil aviation routes in the area that would be closed during the exercise. Unmanned aerial vehicles are also scheduled to be flown in the area.

Why it matters: NATO Secretary-General Jens Stoltenberg urged Turkish officials during a visit to Ankara on Monday to seek "alternative solutions" to the country's air defense needs, emphasizing that activating the S-400 risks compatibility with NATO aircraft and defenses.

The United States has repeatedly warned Turkey that acquiring and activating the S-400 may lead to economic sanctions.

Ankara already reportedly tested the S-400’s communications systems by scrambling F-16s last year, but postponed a planned activation in April, citing the coronavirus pandemic. Some experts saw this as an opportunity for Washington to reengage with Ankara on the dispute.

Turkey purchased the S-400 after the Washington hesitated to provide Turkey with the Patriot air defense system. The Trump administration then kicked Turkey out of the F-35 Joint Strike Fighter program in July 2019 when Ankara’s new S-400 first touched down on Turkish soil, amid concerns the system’s radars could provide Russia with intelligence on the advanced F-35 fighter jet’s capabilities.

News of the latest planned test comes amid a low point in Turkey’s relations with Washington and other NATO allies over conflicts in Syria and the Caucuses, as well as a maritime dispute in the eastern Mediterranean.

What’s next: It is not clear how Washington will react if Turkey tests the S-400 missiles.

Last year Congress passed sanctions on Turkey for its purchase of the S-400, but the Trump administration has so far not implemented them.

Members of the Senate Armed Services and Foreign Relations Committees did not immediately return Al-Monitor’s requests for comment.

Know more: Russia has again floated the idea of selling the S-400 to Iran, though there is no sign of any deal yet, at least publicly.