Turkish military strategists have been working on a small, non-combat mission in Libya limited to train-and-equip purposes, yet recent developments suggest that Ankara could scale up the deployment plan amid lingering questions on whether the Turkish army is capable of delivering what Erdogan has promised his allies. 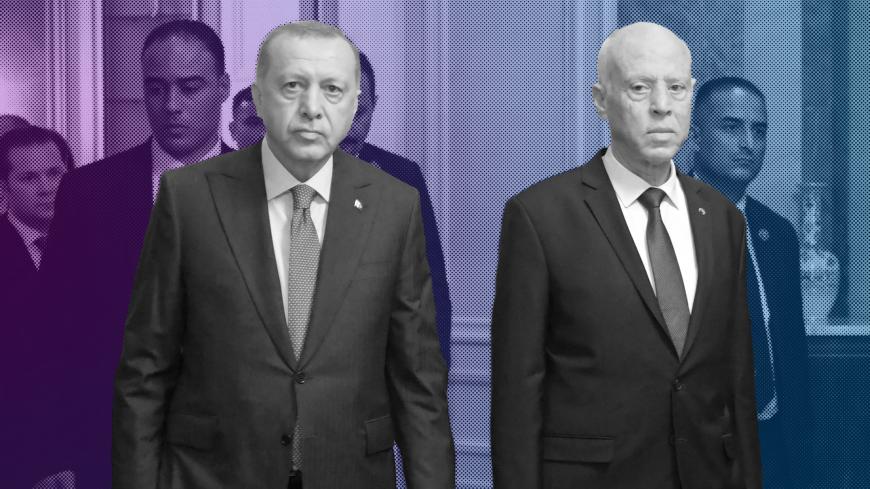 Following President Recep Tayyip Erdogan’s pledges to help the Tripoli-based government in Libya’s civil war, military strategists in Ankara have been pondering the deployment of soldiers to Libya, an overseas country located some 2,000 kilometers (1,243 miles) away on a route surrounded by regional adversaries such as Egypt and Greece, and ensuring the safety of the troops during their mission there.

A security source requesting anonymity told Al-Monitor, “If 150 to 200 soldiers, who could fit into an A400M [military transport plane], are to be sent on a non-combat mission in Libya, and if their protection would not require very heavy weapons and equipment, that would not be a problem. It would be a rather easy task.”

Yet judging by the recent statements of both Erdogan and the Government of National Accord (GNA) in Tripoli, what they have in mind is far beyond a limited train-and-equip mission. The GNA apparently expects Turkish assistance for the following objectives:

The GNA believes that by those means it could shield itself against Hifter’s attacks and guarantee its political survival. And what it expects next from Ankara is the institution of a dialogue mechanism with Russia similar to the Astana process in Syria that would lay the ground for a diplomatic platform, where the GNA would have a strong hand in negotiations with Hifter.

In summary, while the military preparations in Ankara were aimed at the deployment of a non-combat unit of up to 200 soldiers for a train-and-equip mission, what the GNA requested from Turkey last week was a military force for full-spectrum combat purposes comprising land, naval and air elements.

According to the Turkish security sources interviewed by Al-Monitor, meeting the GNA request would require the deployment of air elements comprised of at least six to eight F-16 Block 50 warplanes and an airborne early warning and control system (AWACS); naval elements consisting of a frigate, two or three gunboats, and one or two submarines for anti-access and area denial purposes; and a land force of a brigade size, meaning around 3,000 soldiers — all with combat experience and involving armor, mechanized infantry and indirect fire support elements.

Erdogan said Dec. 26 Ankara would “accept the invitation” for Turkish military involvement in Libya, suggesting his government is willing to meet the GNA’s request.

Foreign Minister Mevlut Cavusoglu said Dec. 30 a government motion for military deployment in Libya would be submitted to parliament later in the day. According to media reports, the motion is expected to be debated and voted on Jan. 2. It will almost certainly get an approval, given that Erdogan’s Justice and Development Party and its ally, the Nationalist Movement Party, control the majority in parliament. The reason the government is rushing the bill appears connected to Russian President Vladimir Putin’s Jan. 8 visit to Turkey. Erdogan would like to have the approval in his pocket as a trump card in his Libya discussions with Putin.

A parliamentary approval, however, would be limited to the deployment of soldiers, while the scope and size of the mission would be up to the government or, more precisely, would depend on what the government manages to bargain with the generals. In other words, the Libya issue will be a major test of what the Turkish military could deliver vis-a-vis what Erdogan wishes.

Unlike Syria, which has now become a low-intensity conflict environment, Libya’s geographical location and the capabilities of Turkey’s regional adversaries — especially Egypt’s naval and air forces — make for a complex and risky environment. Moreover, there is the question of how Russia, Italy, France and the United States would respond to a sizable Turkish deployment, which is especially compelling for military strategists.

Can the Turkish military deliver what the GNA has asked for?

Erdogan’s surprise Dec. 25 visit to Tunisia, Libya’s northwestern neighbor, had to do with that question, in fact. The delegation that accompanied the president included Defense Minister Hulusi Akar, head of national intelligence Hakan Fidan and a remarkable number of generals.

The unannounced visit stemmed from Turkish intentions to align with Tunisia and Algeria in a bloc that would shield the GNA against Hifter’s forces. Turkey sought access to Tunisian airspace, air bases and territorial waters for a military buildup aimed at that purpose. The visit, however, seemed to defy Turkish expectations, lasting only two hours. And the ensuing statements of Tunisian officials indicate they are reluctant to go along with Ankara, wishing instead to stay neutral in the conflict.

Without Tunisian backing, providing air and naval support to the GNA via international waters and airspace becomes very difficult for Ankara. Still, Erdogan’s visit to Tunisia underscores Ankara’s recognition that a symbolic unit of up to 200 troops could be of no help to the GNA in stopping Hifter’s advance on Tripoli.

The talk in Ankara has it that Erdogan turned down a Tunisian offer to mediate and even arrange a meeting between the Turkish delegation and representatives of Hifter. This suggests that Ankara is not open to negotiations with Hifter at present.

And what about Algeria, Libya’s other neighbor to the west? It appears similarly inclined to stay neutral, meaning that Ankara will have to rely solely on its own military capacity for an open-ended, full-spectrum power projection to an overseas country 2,000 kilometers away. This, in turn, raises some tough questions for military strategists.

The first is the evidence from open sources that Russian-made Pantsir S1 short- to medium-range air defense systems, known as drone killers, have been deployed in areas controlled by Hifter’s forces. Their presence threatens both Turkish drone operations that have been underway in Libya for some time, involving Turkish-made Bayraktar TB2s, and any prospective efforts by Ankara to establish a no-fly zone.

Moreover, the F-16 jets, being tactical assets, have limited combat radius, meaning they would need multiple air refueling to make the distance from Turkey to Libya. Ideally, forward basing could have been an option, but given Tunisia’s reluctance and courteous refusal, this no longer seems to be in the cards. GNA-controlled air bases are not capable of supporting intensive operations by NATO-standard aircraft and would be under the threat of attack by Hifter’s forces anyway. Also, Turkey lacks heavy bombers that could deliver overwhelming firepower at a time in Libya. How the Turkish air force would secure its area of operation against possible interventions by Egyptian or Emirati jets is another dilemma that Turkish military planners must consider.

With the air force facing logistical constraints, naval aviation could have been a solution for Ankara. Yet Turkey’s forthcoming amphibious assault vessel, TCG Anadolu, will not be fully operational until late 2020. Plus, Turkey’s expulsion from the F-35 program means it cannot use the F-35B jets, which reduces Anadolu’s naval aviation capabilities to helicopters. In short, Turkey’s navy cannot compensate for the air force.

Overall, a potential venture in Libya, likely to begin in late January, would involve some serious drawbacks if Ankara moves to deploy a sizable force comprising land, air and naval elements with the aim of imposing a no-fly zone and a sea blockade and securing GNA-controlled areas on the ground. Ankara would also need to keep in mind that the risk of being mired in a proxy war in Libya after the one in Syria remains high. Unlike Syria, where the escalation of clashes has always been prevented by Russia and the United States functioning as system-level regulators, the Turkish military could hardly enjoy force generation superiority in the Libyan battleground mainly due to Russian support for the rival Hifter forces and geographical constraints. Furthermore, geographical constraints and the presence of regional adversaries on supply routes would dictate a high sortie rate for the Turkish air force and limit the contribution of indirect fire support units on the ground.

It is now time to watch whether Erdogan will give more credence to his generals evaluating military necessities and constraints or to GNA officials calling for full-spectrum military support to survive. What seems pretty clear, however, is that a non-combat train-and-equip mission is unlikely to satisfy Erdogan.