Jordan's century-old Hijaz Railway may return as a public park

Jordanian architect Hanna Salameh wants to revive a historic railway by turning it into a public park and tram. 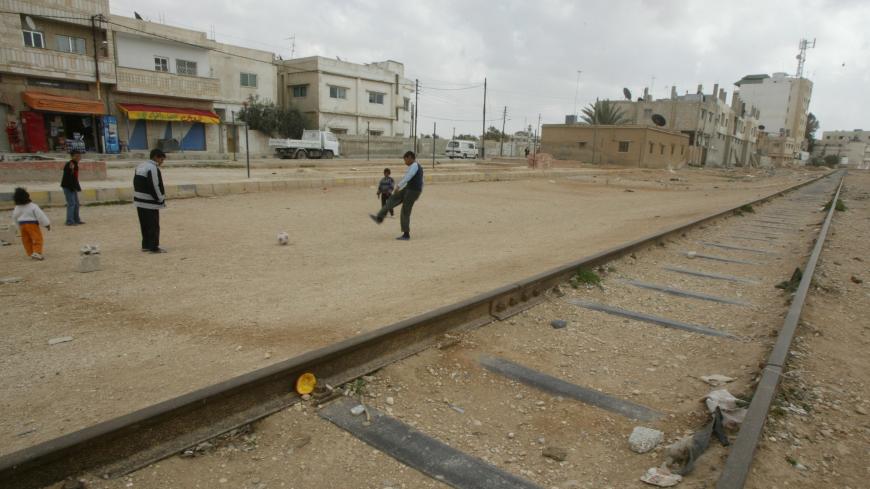 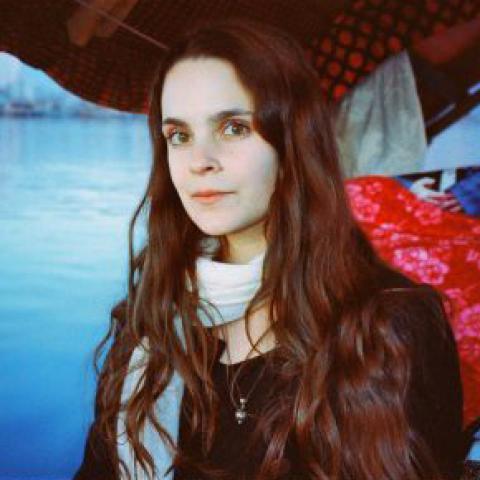 The century-old Hijaz Railway crosses Amman from north to south. Children play close by, jumping over the track that once connected Jordan’s capital to Syria, Palestine and Saudi Arabia. It’s been almost a decade since the last train to Syria departed from Amman’s train station.

With the railway largely abandoned, families stroll along the line built under Abdulhamid II, the Ottoman sultan death-bent on preventing the empire from disintegration.

Jordanian architect Hanna Salameh has an ambitious plan to restore the railway and thereby give his city much needed green space. The Hijaz Railway Park, his latest project, was announced in a viral video released earlier this year.

“Parks are a necessity, not a luxury,” Salameh, who is ranked among the Middle East’s most influential architects, told Al-Monitor. His plan is to build a decentralized public park by planting trees along the railway that crosses Amman and to have an electric tram running on the track.

In 1900, Sultan Abdulhamid II announced his decision to connect Istanbul to Mecca by train. The Hijaz Railway was ostensibly built to transport pilgrims to the holy city, but mostly to help increase control of distant Ottoman provinces and serve the empire’s military needs.

The line ran from Damascus to Medina in 1909 with a branch line to Haifa. Plans to extend it further were interrupted during World War I. Arab fighters sabotaged the tracks in the rebellion against the Ottoman domination, as the railway was often used to transport troops.

In Jordan, only a few sections of the railway are still operational. The line is used in the south to transport phosphate to the Aqaba port. Trips were occasionally organized to carry tourists to the station of Jizah, south of Amman, and to Daraa in Syria before the war.

Because of the railway’s association with the pilgrimage to Mecca, the land that surrounds it — 30 meters (98 feet) wide and stretching over 26 kilometers (16 miles) of Amman — is owned by the Ministry of Islamic Affairs and cannot be sold to the private sector.

“The railway spreads through a lot of neighborhoods from north to south, so many people can walk to it,” explained Salameh. According to his architecture firm’s calculations, 200,000 people in Amman could access the park within a 15-minute walk.

Instead of a long-distance train that would be dangerous in residential areas, Salameh wants a tram to run on the existing track. This way, his project aims to address not only the city’s need for parks but also to tackle the lack of public transport.

“All our visions stem from our belief in green design and sustainability,” Salameh said. Although his firm has worked on several large architecture projects, he says environmentally conscious design does not have to be expensive. In fact, he wants to prove that some projects can become self-funding and income-generating.

Salameh doesn’t want to wait for the economy in cash-strapped Jordan to improve to go ahead with his projects. He knows the financial constrains and thinks he can work with them. “We came up with a model to build the park in the current economic situation,” he said, adding, “The idea is to develop a park that can support itself and also generate energy and income."

His plan for the railway includes photovoltaic panels that would produce the energy required to run the tram, and investment in the park in a way that would provide job opportunities, foster entrepreneurship and encourage public participation. Salameh says the model can be applied anywhere.

“The project would be beneficial for us and for the environment,” explained Nidal Al-Assaf, deputy director-general at the Jordan Hijaz Railway Corporation, the organization responsible for managing the railway, which is part of the Ministry of Transport. Assaf told Al-Monitor the Hejaz Railway Park plan is currently being studied by local authorities. His main concern is the cost of financing the project, but Salameh says several companies have already approached him with an interest in investing.

Collaboration between different ministries, private companies and civil society is one of Salameh’s main goals. He wants to spend a year conducting workshops with local communities to present his idea, hear residents’ opinions and learn about their needs. Designing with the community, he says, is important to ensure the project is successful, but it is also a way to involve residents. Salameh says he would like to invite those who live close to the railway to plant the trees themselves.

“If you plant a tree somewhere, you are going to take care of it,” he explained, adding, “It creates a sense of community and the feeling that it’s your park.”

By including residents in the project, Salameh is trying to address the lack of feelings of ownership he considers widespread in Amman.

“Because of the lack of public space, you are not used to living in your city,” he said. “There is no belonging, no sense of ownership of the space. Architecture plays a role beyond just providing a nice park. It creates a connection to the city and the feeling that it’s yours,” he added.

Maan Nasa, a 63-year-old blacksmith who lives close to the railway in Amman, says he would love to see a park and tram running on the historic track. “It’s a wonderful project,” he told Al-Monitor. His grandfather was an employee at the Amman railway station in its earlier days, and his family has been living close to the railway for three generations.

Although Nasa’s neighbors and friends share his admiration for the idea, many doubt the project can be implemented. They mention concerns with corruption and the lack of resources. Salameh says he is used to this downbeat response.

“People say it’s a brilliant idea, but it’s never going to happen because it’s Jordan. I want to prove them wrong.” His project is not just about building a park. He says it’s about inspiring hope and pushing forward a new way of thinking about what can be achieved.

Nasa is among those who share Salameh’s belief that things can improve in his country. For the past 10 years, he has been working for the Jordan Hijaz Railway Corporation restoring old trains.

“When you look at the photos of the rusty trains and then look at what they look like now, you realize that everything is possible. So why not build a park here?” Nasa asks.