Israeli left must unite to survive

The Democratic Camp and Labor-Gesher may need to join together to survive a third round of elections in which the Blue and White Party is perceived as the key to Netanyahu’s defeat. 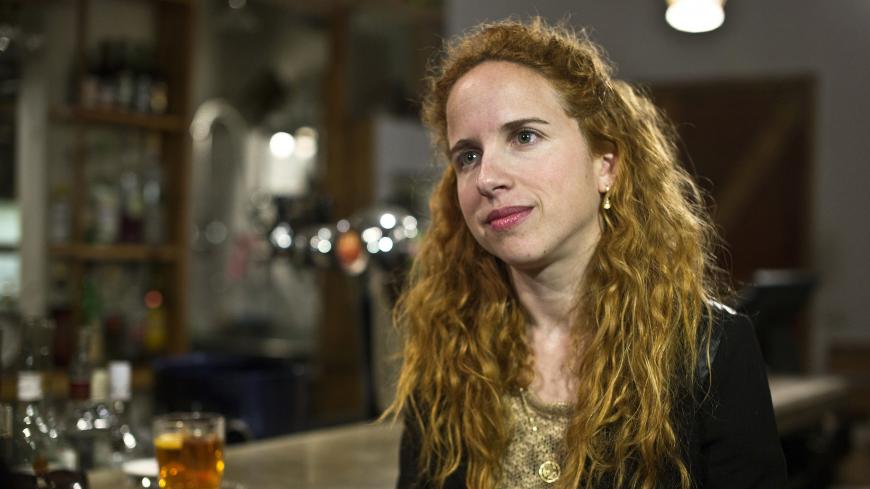 During a Nov. 2 interview with Al-Monitor at the Knesset, a senior member of the Democratic Union expressed great frustration and a sense of helplessness over the events to come. Speaking on condition of anonymity, the source said, “If I were in [Blue and White leader] Benny Gantz’ shoes, I would take up the offer and give [Prime Minister Benjamin] Netanyahu five months as the first prime minister [in a rotation deal]. As it is, Netanyahu is already using all sorts of legal and parliamentary tricks to hold on to office and hold up everything else. Who knows what might happen if yet another election is held? We could easily find ourselves out of the Knesset, leaving Netanyahu the biggest winner.”

Two hours earlier, Attorney General Avichai Mandelblit handed the criminal indictment against Netanyahu to Knesset speaker Yuli Edelstein, giving the prime minister 30 days to seek Knesset immunity from prosecution. Mandelblit’s move set off a storm of speculation in the Knesset corridors as lawmakers tried to gauge its political ramifications. It's unclear whether the current Knesset is authorized to debate Netanyahu’s immunity request and whether Netanyahu will even take advantage of the 30 days allotted to him to ask the Knesset for immunity.

Against this tense backdrop, Israel is hurtling toward a new round of elections, the third in a year. Negotiations between the opposition Blue and White and Netanyahu’s Likud on establishing a government of national unity are repeatedly hitting a wall: Netanyahu’s demand to serve first in a power-sharing deal with Gantz and Gantz’ refusal. Those who thought Mandelblit’s indictment announcement last month would spawn a revolt in his party and result in his resignation had their hopes dashed.

Those most concerned by the current political imbroglio are the Knesset members of the two leftist parties — Labor-Gesher and the Democratic Union. Their showing in the September elections netted them six and five Knesset seats, respectively, despite expectations of a major leftist resurgence.

The latest polls indicate a decline in their already weak support. A Nov. 26 Channel 12 News poll, conducted following Mandelblit’s indictment announcement, gave Labor-Gesher only five seats and the Democratic Union four, whereas Blue and White's support increased to 34 seats from 33. The loss of one Knesset seat for each of the two leftist parties would be a dramatic outcome. According to the Democratic Union source, “There is grave concern that Blue and White will grow further at our expense in an attempt to defeat Netanyahu and the Likud. Since there is no movement between the blocs, I am truly afraid that we might disappear altogether.” The source added that such a scenario would provide Netanyahu with the support he needs to ensure immunity from prosecution.

The possibility is not far fetched. If indeed the sides cannot form a unity government and the Knesset disbands next week, the two leftist factions will face a tough decision that appears inevitable: to unite or risk electoral annihilation.

Knesset member Stav Shaffir of the Democratic Union started on that road when she left Labor prior to the September elections. “I am not sure that there will be an election,” Shaffir tweeted Dec. 2. “But if there will be, we need the left to unite.” Unity, she added, is essential for ideological reasons and to prevent a 61-seat Knesset majority for Netanyahu.

Labor was in no rush to embrace the idea. Chair Amir Peretz is not there yet. Since the September elections, he has defied predictions that he would hook up with Netanyahu, declining to join his government despite the Likud’s generous offers of ministerial positions and budgets.

An analysis of the election results also indicates that Peretz was successful in drawing the support he predicted from voters of so-called Mizrahi origin and from Likud supporters, albeit in small numbers. Could he repeat these results if a third election is held? That is unclear, as the polls indicate a decline in party support.

What happens if the third elections are called and the polls remain the same? Peretz turned down suggestions of joining with the Democratic Union ahead of the September elections. He opted to for an independent run and a merger with Knesset member Orly Levy-Abekasis of Gesher, a socially minded politician who enjoys support among Mizrahi constituencies. The chair of the leftist Meretz (now merged into the Democratic Union) lashed out at Peretz and accused him of undermining the prospects of the left, but Peretz stood firm and held out for 15 Knesset votes. He ended up with six, as we know.

Things are different now. Labor-Gesher and the Democratic Union are unlikely to increase their support as long as Blue and White is perceived as the platform from which to sink Netanyahu. For the first time in decades, the seemingly invincible ruling Likud with Netanyahu at the helm is facing a party that enjoys even greater support. Blue and White’s political base has proven loyal to the fledgling party that made its debut less than a year ago and believes in its leader. Blue and White scored impressive results in both the April and the September elections and its showing in the latest polls is stable, even with a slight increase in support. The party’s strategy since its inception has been to become the largest faction in the Knesset, even at the expense of the veteran leftist parties. It sees this plan as its only chance in the face of the broad support for Netanyahu.

“This strategy will not change in the next elections,” a senior Blue and White source told Al-Monitor on condition of anonymity.

As things stand, the leftist parties are facing a historic decision based on two weighty considerations. The first is Blue and White’s growing support as it poaches more voters from the smaller leftist parties, which could find themselves with insufficient votes to enter the next Knesset. The Democratic Union is the more vulnerable of the two. The second consideration is how to best help the left and center-left avoid losing critical votes in the next elections, which could hand Netanyahu the 61-seat majority he needs to ensure immunity from prosecution.