Gesher leader Orly Levy-Abekasis promised Israeli voters a social issues-oriented agenda, but she has been little seen or heard since her election to the Knesset in September. 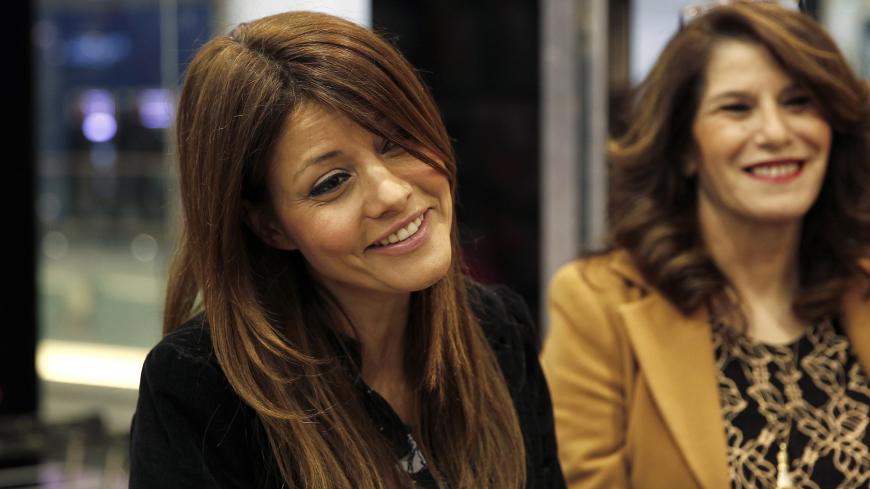 Israeli legislator Orly Levy-Abeksis campaigns at a shopping mall in the town of Beit Shemesh near Jerusalem, Feb. 22, 2015. - REUTERS/Ronen Zvulun

“We will change the current reality and carry a message of real social change,” said Knesset member Orly Levy-Abekasis in July when announcing that her party, Gesher, would be joining forces with the Labor Party. Levy-Abekasis and Labor Chairman Amir Peretz spoke of a “historic union” and “tearing down walls.” They also expected to win 15 seats in the September election. The Labor-Gesher alliance ultimately won only six seats, however, and since then almost nothing has been heard from Levy-Abekasis. What happened to the woman who was determined as recently as last year to conquer every political peak and who was considered by many to be the “determining factor” in Israeli politics?

With Israel now racing toward the abyss of a third election, debate about a “big merger” on the left has returned, rooted in the fear that one of the current left-wing parties will fail to pass the four-seat electoral threshold for the Knesset. The most recent polls are not promising, indicating that both the Democratic Camp and Labor-Gesher will lose at least one seat. If the trickle of votes to their big sister party, Blue and White, continues, it is safe to say that pressure on the two will intensify. At the same time, it is also safe to assume that the Democratic Camp, which only won five seats in September and has been willing to join forces with Labor from the start, will be under greater pressure to form such a union. On the other hand, joining forces with the Democratic Camp runs counter to the core thesis of Labor’s Peretz, who believes that a socially oriented left is essential to the country and views a merger with the Democratic Camp as a last resort.

As for Levy-Abekasis, before the last election, she had expressed reservations about a merger with the Democratic Camp, but she has not vetoed that option for the next round. A senior Labor member who spoke on the condition of anonymity told Al-Monitor, “Right now, we are headed toward an independent run as Labor-Gesher and strengthening this alliance.” Meanwhile, another source who also spoke on the condition of anonymity and is close to Levy-Abekasis told Al-Monitor, “If circumstances force Peretz to join forces with the Democratic Camp, in all likelihood, Levy-Abekasis will not be part of it.”

After Gesher's crushing defeat in the April election — when it failed to pass the electoral threshold — Levy-Abekasis was ready to leave politics, at least temporarily, so she could spend time with her children. Two weeks before the September election, she said that if the merger with Labor did not bring results, she would resign from politics. Someone close to Levy-Abekasis told Al-Monitor that the option of retiring from politics remains.

The truth is that 2019 was not a good year for Levy-Abekasis. Against all the odds, she ran independently in the April election, but the 70,000 votes she received failed to get her into the Knesset. In a July 18 interview with Maariv, she admitted that her independent run had been a disappointment and that it also cost her financially. Before the September election, Levy-Abekasis merged Gesher with Labor to create a large socially oriented party. The results in that case were disappointing as well. The alliance only won six seats. Levy-Abekasis has since said very little. In fact, she did not tweet in October and November, and Twitter is a vital platform for participating in Israeli politics. She has given only a few interviews and has said nothing about the most pressing issues of the day. Although Levy-Abekasis managed to get elected to the Knesset, it now looks like she is taking a time-out.

Levy-Abekasis has been identified with social issues and struggles since she first won election to the Knesset, in February 2009. She led the public housing lobby, advanced social legislation on behalf of weaker sectors of the population, joined various social lobby groups, and spoke up frequently on poverty, social equality and related issues. Her image as a social warrior attracted supporters from the center-left, even though most of her political activity was as part of Avigdor Liberman’s right-wing Yisrael Beitenu.

The current Israeli legislature does not operate like a normal Knesset, but many Levy-Abekasis supporters expected her to nonetheless lead on various social issues, which have not been advanced given the lack of a functional government. Other supporters would like to see her speak out on pressing issues, such as Prime Minister Benjamin Netanyahu’s indictment or the spate of political attacks on law enforcement authorities. Although Levy-Abekasis has said in the past that she would not join a government headed by someone under indictment, she hasn’t addressed the issue since the last election.

When Levy-Abekasis merged her party with Labor, she made a point of emphasizing that the new relationship was “neither right nor left,” but socially oriented. Yet it seems that given the divisive and contentious reality of Israeli politics, her attempt to avoid traditional definitions of right and left might not be working. The downfall of another social issues-oriented party, Moshe Kahlon’s Kulanu, which was swallowed by the Likud, and Gesher’s dismal performance in the April election suggest that being socially oriented alone is not enough. The ideology behind Levy-Abekasis' attempt to step away from the incessant squabbling between left and right is entirely understandable. That said, it is doubtful that the tactic has served her interests.

Even before the September election, Levy-Abekasis had spoken about wanting the Labor-Gesher merger to be a deciding factor that would bring about change in the government’s policies. She would have certainly wanted to play in the same court as her former boss, Liberman, who has managed to maintain his independence and emerge as the ultimate arbiter, the key player without whom it seems impossible to form a government. Unlike Levy-Abekasis, however, Liberman has not “locked himself” to the social and civil issues important to his constituents. He is also willing to speak out on the “hot” controversial issues.

Given the volatile situation in the polls, it is not at all clear whether the emotional and ideological proximity of the two parties, particularly on social issues, will overcome Labor’s basic need to survive. It looks like Levy-Abekasis learned the hard way that support on Facebook does not necessarily translate into support at the ballot box. This leaves her at yet another crossroad, one that will determine her political future in the years to come.