According to recent statements by Prime Minister Benjamin Netanyahu and IDF Chief of Staff Aviv Kochavi, Israel and Hamas are close to reaching a long-term agreement, including over control of Gaza. 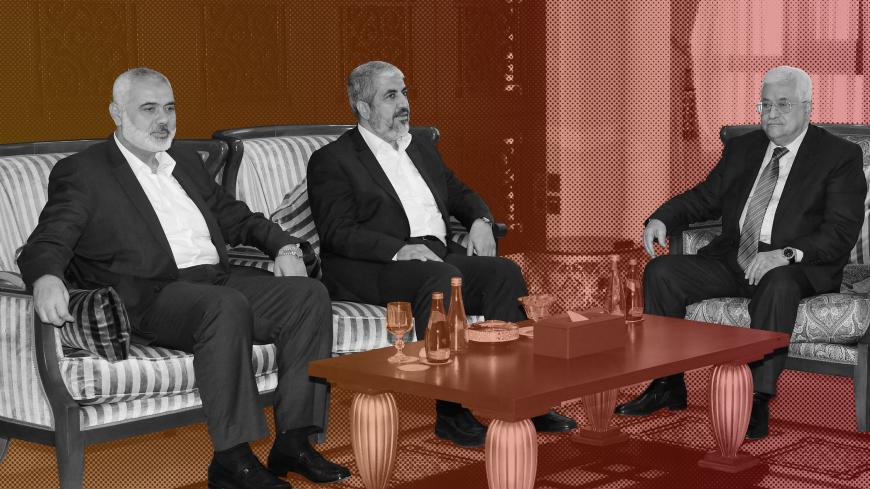 Prime Minister Benjamin Netanyahu confirmed on Dec. 6 during a visit to Portugal that a long-term deal with Hamas over the future of Gaza was imminent. “There is a possibility to promote the arrangement,” he said. “It doesn’t mean they would recognize us, and we would recognize them, but I think it is possible to reach the deal. We are working on it at this very moment.” That was also the impression left with local leaders of Gaza border communities who met that same day with Israel Defense Forces Chief of Staff Aviv Kochavi against a backdrop of ongoing rocket launches from the enclave into Israel and political paralysis. Describing the meeting, the officials said they understood from Kochavi that a deal with Hamas was heading in a “positive” direction.

The comments by Netanyahu and Kochavi coincided with talks held in Cairo between top Egyptian intelligence officials and Ismail Haniyeh, head of Hamas' political bureau, and senior Islamic Jihad officials, among them the organization’s leader, Ziyad al-Nakhala. As I wrote previously in Al-Monitor, Islamic Jihad has become a de facto co-ruler of Gaza, thus, for better or for worse, Hamas is no longer the sole group making decisions for the enclave. The heads of Islamic Jihad, the smaller of the two groups, also have demands and conditions for a deal with Israel. Channel 13 News reported on Dec. 9 that Islamic Jihad had rejected a proposal for a formal long-term cease-fire with Israel, but also that Nakhala had promised to keep the peace with Israel as long as Israeli leaders appeared committed to a deal as he sees it.

One of these days, Hamas will rue its partnership with Islamic Jihad, to which it reluctantly agreed to please Iran, but for now, both Israel and Egypt have accepted it. Who would have believed it possible?

Netanyahu’s Likud rival, Gideon Saar, who is expected to challenge him in upcoming leadership primaries, attacked the prime minister over the emerging deal with Gaza. “An arrangement that would enable Hamas and Islamic Jihad to continue building power and strength in Gaza would be a major mistake,” Saar said on Dec. 5. “This would mean building a Hezbollah 2 model in the south [of Israel]. When confrontation takes place, in the timing convenient for them (or for their bosses from Tehran), Israel would pay a heavy price.” Saar is not wrong.

Over the years, under the category of lessons learned, Hamas has taken advantage of every lull in fighting or longer-term ceasefires to gear up for the next clash with Israel. Such was the case following Operation Cast Lead (December 2008-January 2009). Once the sides agreed to an Egyptian-mediated ceasefire, Hamas leaders, especially those in its armed wing, realized that they would have to boost their ground forces to stymie a future Israeli offensive. The result was an ambitious project to expand its tunnel system.

Following Operation Protective Edge (2014), when the tunnels did not stand up to a cost-benefit analysis in terms of expected results compared to the massive expenditure, Hamas embarked on a campaign to extend the range of its rockets and their mode of delivery. Rather than launching one rocket at a time, which would likely be intercepted by Israel’s Iron Dome anti-missile defenses, the organization shifted to multiple-rocket launchers in the hope that simultaneous barrages would enable some rockets to evade interceptors. Netanyahu and Israel’s security agencies are well aware of the threats, but absent a desire to unseat Hamas, perhaps for fear that even more radical organizations will take over in Gaza and Israel will be forced to deal with the humanitarian consequences, the current deal under discussion is the Netanyahu government’s default option.

Israel, however, must go into any “arrangement” with its eyes wide open. A deal with Hamas, which Israel still insists is a “terror organization,” will deepen the group’s hold over Gaza. Although Netanyahu said any deal would not entail mutual recognition, his comments were only meant to ward off criticism for his decision to deal with a “terror organization.” There is an inherent contradiction in doing business or making deals with such a group.

Reaching understandings with an organization essentially means de facto recognition of it and its leadership. That goes for both Hamas and Islamic Jihad. Such recognition is obviously not one-sided. By its very commitment to an emerging deal that entails a halt to all hostile activities against Israel — from firing rockets to violent border demonstrations that Hamas calls popular protests — Hamas is de facto recognizing Israel. Haniyeh has reiterated throughout the years that Hamas does not recognize Israel’s existence and would never recognize the “Zionist entity.” In fact, he is currently negotiating with Israel and is willing to lower the flag of jihad.

An “arrangement” with Hamas, if reached, would have further repercussions in perpetuating the rift between Gaza and the West Bank. A deal that affirms Hamas and Islamic Jihad's control over Gaza means that the Palestinian Authority (PA) would have to give up its dream of bringing Gaza and the West Bank under its leadership. If a Palestinian state is ever established under a formal agreement, its borders will likely only extend to the West Bank, resulting in two separate entities for one people.

An Israeli security source told Al-Monitor that a deal on Gaza, if one is achieved and the sides adhere to its terms, would have broad economic, national and social implications. While the West Bank under the control of the PA is experiencing accelerated economic growth and development despite objective difficulties, Gaza’s economy is in perpetual need of humanitarian support. Unemployment in PA-controlled areas stands at 15-17%, according to World Bank data, compared with 43-47% in Gaza. A deal with Israel would not yield economic growth in the latter. At most, it could provide better conditions for the 2 million residents to survive.

Despite the restrictions of the Israeli occupation and the tremendous routine hardships with which Palestinian residents of the West Bank have to contend, they are leading modern trade, economic and social lives. Gaza, on the other hand, has been left behind. Its residents often describe their lives as being “in the Middle Ages.” The besieged enclave, one of the world’s most densely populated areas, has grown increasingly apart from the West Bank. The two entities taking shape in front of our eyes are not separated only by geographic distance.