Due to the paralysis of successive transitional governments in Israel, millions of shekels allocated to the Welfare Ministry to help sex workers get out of the business have gone unused and might therefore be returned to the Finance Ministry. 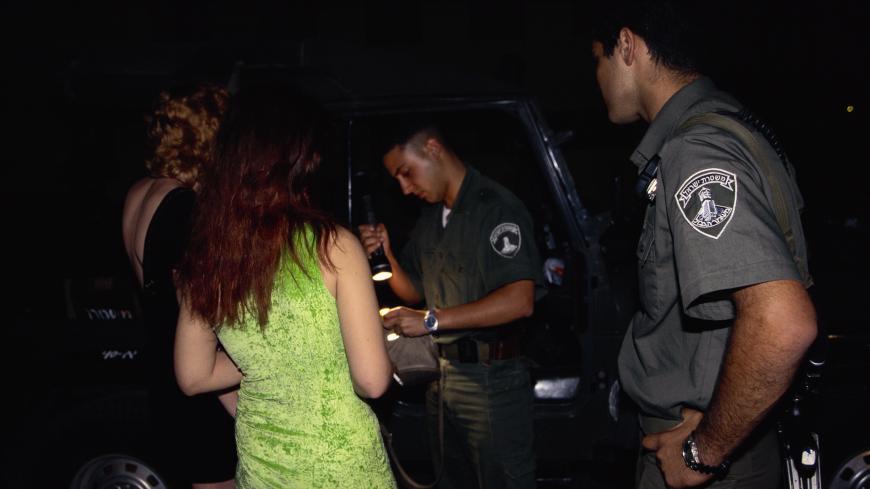 That a transitional government has been running Israel for a year has led to paralysis in the delivery of some government services. Government officials are supposed, among other things, to implement decisions that have been approved and budgeted. Those people most harmed by the current state of affairs are the weakest, who hardly have anyone fighting for them. The Knesset, which is supposed to supervise the work of the government and to debate in the plenary and in committees, is not functional either. The failure to implement a government program to “rehabilitate” sex workers and to reduce procurement of sex services attests to the damage caused to the citizenry as a result of Israel's political stalemate.

In August, Haaretz found that the Welfare Ministry has not been using some NIS 21 million ($6 million) disbursed to it by the Finance Ministry to implement a program stemming from a law penalizing the procurement of sex services. Aliza Lavi (Yesh Atid) and Shuly Moalem-Refaeli (formerly of Habayit HaYehudi and now the New Right) had submitted the relevant bill, which was brought before the Knesset in December 2018. The law, which the government supported, will go into force in July 2020, making it a civil misdemeanor to use prostitution services or be in a place used for prostitution, such as a brothel, with the aim of procuring sex. Violations carry a fine of up to 75,000 NIS ($21,000) in extreme cases.

In January, the government also authorized NIS 90 million ($26 million) for a three-year program to help sex workers leave the business and to provide them treatment. The government cited economic, psychological and social crises as reasons for people turning to sex work, noting that these conditions also make it difficult to leave that line of work once in it. In short, people working as prostitutes, mostly women, find themselves in a “trap” perpetuated by distress and crisis.

The NIS 21 million allocated to the Welfare Ministry was in addition to the NIS 25 million ($7 million) the ministry receives every year to address the issue of prostitution. The money has not, however, been used, and according to Israeli law, the funds should therefore be returned to the Finance Ministry at the end of the fiscal year. On Dec. 8, the Task Force on Human Trafficking and Prostitution took on the Welfare and Finance Ministries by petitioning the High Court in an attempt to have the unused funds remain in the coffers of the Welfare Ministry so they can be used for their intended purpose.

Nitzan Kahana, director of the task force, told Al-Monitor that according to the Coalition to Fight Prostitution, in the year before the Knesset passed the legislation in question, the number of calls to helplines, government agencies and nongovernmental organizations had tripled. Given these numbers, another jump in the number of calls can be expected after the law goes into effect, Kahana said.

In an interview with Haaretz in February 2019, a worker with an organization helping sex workers said that adoption of the law was followed by a noticeable decline in client numbers, and thus more and more female sex workers were seeking ways out of the business. “Women at strip clubs report that the places are empty and that they sometimes can’t pay for the cab ride home after their shift,” she said. “A woman who works at a large brothel, who sometimes earned 3,000 NIS [$862] a shift, now hardly earns 1,000 NIS [$287] during a 12-14 hour shift. When they start to earn so little in an evening and in addition suffer all the humiliations tied to prostitution, they look into rehabilitation and leaving this world. It brings them to the rehabilitation centers — to inquire, to understand what the state offers them and how they can leave this world.”

For women seeking to get out of prostitution, the rehabilitation centers provide a broad range of assistance, including temporary housing, health services, addiction treatment, financial help and more. Kahana said that the burden on these centers, already significant before the law passed, has now reached “intolerable levels.” She explained, “They can’t treat those who are already seeking to leave prostitution and need help.”

Kahana added that the transitional period before the law goes into full force was meant to allow government agencies to expand and open new rehabilitation centers, but on the ground, almost nothing has been done. Also, the existing bodies and institutions do not treat sex workers who are mothers, transgender or men.

According to information provided by the Task Force on Human Trafficking and Prostitution and based on Welfare Ministry data, there are more than 14,000 women, men, and transgender people in prostitution in Israel. Of them, about 3,000 are minors; 62% of women in prostitution have children, and 76% said that they would be interested in leaving the sector if they had the option of doing so. The help centers fully treat only a few dozen women and partially assist several hundred.

The Welfare Ministry, responding to an Al-Monitor inquiry, said that there are talks underway with the Finance Ministry to leave the unused funds at Welfare’s disposal to be used in the next several months. A senior source at Welfare told Al-Monitor that spending allocated funds is an issue for all government ministries and that employees at managerial levels were formulating a decision to allow unused budgets to remain at government offices, at least in some cases and definitely those concerning sensitive issues, such as dealing with disadvantaged populations.

According to the senior source, workers at some ministries had been waiting for the formation of a new government over the course of the year and thus did not implement some programs. The Welfare Ministry, he said, is powerless. The ministry, however, asserted that in the next few weeks, 6 million NIS ($1.7 million) will be used to help transgender people working in prostitution, a group that previously has not received any government assistance or rehabilitation.

What is most disturbing about all this is the silence of politicians and public figures, including female politicians who typically champion women's rights. No minister or Knesset member from any party or sector has stepped forward to lead this battle. Not even former Justice Minister Ayelet Shaked or Aida Touma-Sliman, former head of the Knesset's Committee on the Status of Women and Gender Equality has spoken up. Instead, civil society groups have been left to fight it alone.

A new government is not expected to be formed until at least April 2020. Until then, the functioning of the present government will continue to be largely inadequate, so sex workers will have to continue to wait for the services already approved to help improve their lives.