Prostitution and escort services — often one and the same — are flourishing through aggressive promotions using hookup apps, social media and online marketplaces right under the nose of Islamists. 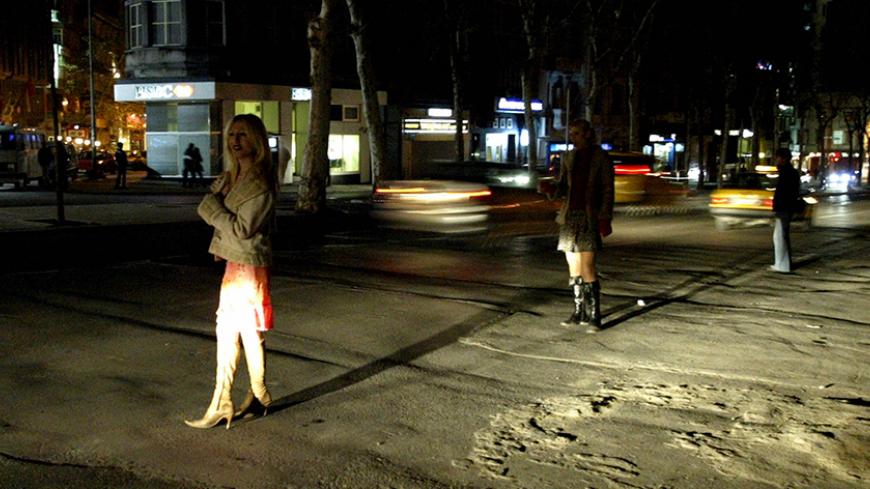 What is the best way to write about the sex industry in Turkey? I posed this question to a well-known Ottoman historian. He smiled at me on a warm Istanbul evening and said, “Did you ever visit Zurafa [Street]?”

Zurafa Street is in one of Istanbul's oldest and most notorious brothel areas, dating back to Ottoman times. However, over the years, the number of brothels has dwindled. Indeed, the brothels and the official tallies of the women working in them reveal only a small part of Turkey's sex industry.

Under Turkish law, government-supervised brothels are legal, but otherwise, prostitution is not. The Turkish penal code assumes prostitutes are exclusively female, and that if they agree to work in a brothel, then they are legitimate. So the brothels are registered in a location the municipality approves, pay taxes and agree to the city’s health code for sex workers. Indeed, for years in the early 1990s, Matild Manukyan, a businesswoman who owned 32 brothels, was the top taxpayer in the country.

The brothels are a double-edged sword for their workers. They provide a relative safety net compared with independent sex workers. But once workers are registered as brothel employees, their chances of finding other employment are rather slim. The stigma is official and permanent. The workers have to pay a hefty portion of their income to the brothel management, as well.

From talking to the women in these brothels, I learned the following:

Indeed, the face of Turkey's sex industry is changing fast. On several main city streets, particularly in Ankara, in broad daylight, you can see young men handing out colorful business cards to passers-by, including children and even police officers. The cards, complete with phone numbers and nude photos of them, say, “Ms. X is waiting for you at her home. Call her."

Similarly, a simple search online will yield hundreds of webpages providing escort services in different cities, with names such as Escort Istanbul, Escort Izmir, etc. Unlike other countries, escort services are not legal or regulated in Turkey, yet they explicitly offer sexual services. Some escorts provide a detailed list of sexual services they are willing and unwilling to provide, explaining the details of pricing and providing a manual about the kind of hotels they are willing to spend the night at and the product brands they prefer — in case a client would like to buy gifts. None of these webpages have an age requirement to visit.

Similarly, escort services that provide male and transgender escorts to both men and women have bloomed as well. Al-Monitor spoke with a male escort in his early 30s with the nickname Baris.

“I started escorting during my college years," Baris said. "One of my mom’s friends was divorced and asked me if I would join her at an art event. It was not for money or anything. I thought, why not? I hooked up with my first job there. Mainly, this has become my life now. I provide massage and workout sessions for my customers. I go out exclusively with women.”

There are also rules. Baris said, “I do not ever engage in unprotected sex. I think that is the most important issue in our sector. If someone agrees to going without a condom, the customer should move on.” Baris said he charges anywhere from $1,000 for a night to $3,000, depending on the event. Most women who seek these services are happy to be seen in public with their handsome escorts.

Barbaros Sansal, a famous fashion designer and a gay activist who is outspoken on controversial issues, gave a detailed interview to Al-Monitor about the changing face of the sex industry in Turkey. Since the ban against adultery was lifted in the late 1990s, the market for prostitutes and escorts has skyrocketed, he said.

"Escort services used to be more discreet. Now they are promoted shamelessly," Sansal said. "In Turkey today, there are more brothels than domestic violence shelters for women."

Sansal explained that some hookup apps such as Grindr, Romeo and Hornet that are used to establish gay friendships are also used for prostitution. He added, “Grindr is a forbidden site in Turkey, but you can access it with VPN [virtual private network] services, such as TunnelBear. Police also use these sites to harass the gay community or to blackmail them. Still, they are popular all over the world, letting people make connections on their own time and budget.”

It has become easier for escorts to work independently, with the help of everything from houses that can be rented for a day without the requirement of an ID card (unlike most hotels) to services such as Instagram, Snapchat, Twitter and Facebook and scheduling webpages such as Kolaygece ("easy night"). The internet provides tools for online marketing, advertising, screening of customers and arranging a private location to meet. “I think alcohol is regulated more diligently in Turkey than sex,” female escort Hande told Al-Monitor.

Sporadically, the police decide there is an overabundance of escort services and crack down on them. Usually, it is the sex worker who gets caught and penalized in such instances, and the webpages are shut down.

“We have two [main] issues. One is that our webpages are arbitrarily shut down by the government, so every other month we change our portal address before they terminate it. We announce the changes on social media. The other issue is sexually transmitted diseases. It is an unspoken problem,” one escort service manager told Al-Monitor.

It is quite interesting that an Islamist government — one that prides itself on raising a pious generation with a high moral code — has worked to minimize the number of brothels while at the same time turning a blind eye to a flourishing sex industry that uses all sorts of online tools. It is most likely because a sizable portion of the ruling Justice and Development Party (AKP) supporters tacitly approve of this arrangement where prostitution is largely kept out of public view. And even some AKP members are not immune to the wiles of the sex industry. “That is one of the few joys of life left,” one such customer told Hande during our interview.