Glen Johnson reports from Istanbul on the increasingly common murder of transgender prostitutes in Turkey. 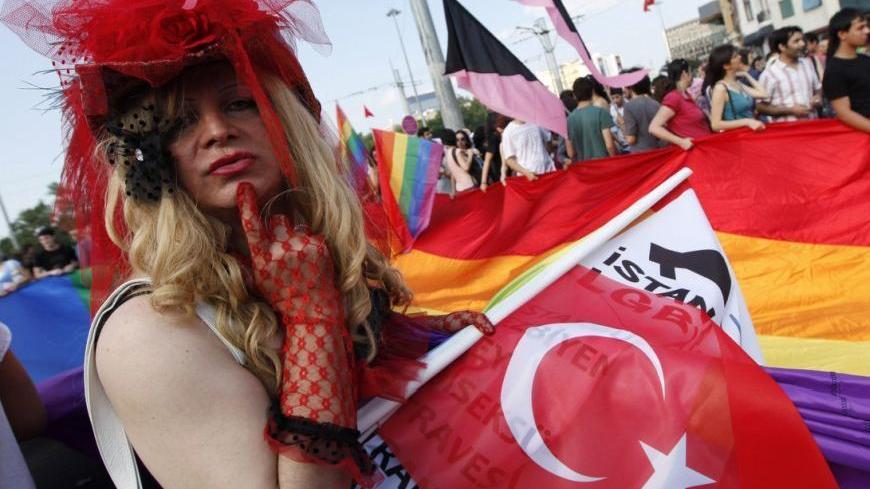 A participant holding a Turkish flag reacts to the camera during the second Trans Pride Parade in Istanbul, June 19, 2011. - REUTERS/Murad Sezer 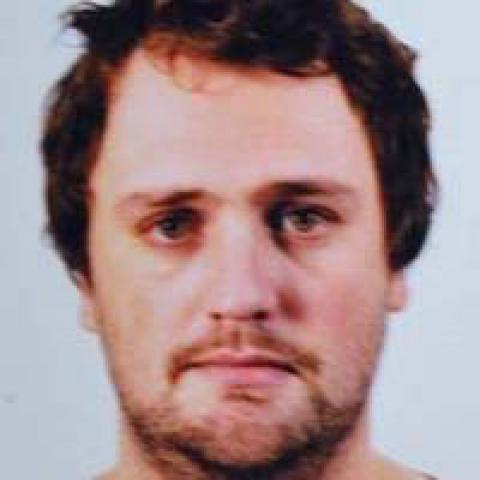 ISTANBUL — Caesar sits huddled down a darkened back alley, her bleached blonde hair falling in strings down her face. She says the streets are not safe.

The 25-year-old has worked Maltepe Road — the most dangerous stretch for prostitutes in Istanbul — for the past few years, since her gender-confirmation surgery.

Yet she seems unconcerned about a brutal spate of violence targeting Turkish transgender sex workers: sex workers like Nese Dilseker, whose corpse was found in an Antalya apartment in July. The killer carved Dilseker’s face and slashed her throat open. She bled out on the floor.

Caesar is more worried the police will fine her for misdemeanors.

Sehap Gunesar, a 25-year-old transgender prostitute, had her throat slit in coastal Antalya on the night of Oct. 25. Witnesses claimed police pepper-sprayed the sex workers who rushed to her aid.

Clients. Fathers. Nationalists. Religious conservatives. No single group is behind the violence. Yet rights groups agree: In an environment of creeping conservatism, it is getting worse.

“We demand the right to live,” says transgender activist Sevval Kilic, from the advocacy group LGBTT Istanbul. “The picture is very dark right now. Half the killings are here in Istanbul.”

Kilic lights a cigarette, breathing clouds of smoke into the organisation’s office. Its walls are plastered with images. One depicts two men kissing deeply and states, “A kiss is just a kiss.”

She says the attacks occur within a broader environment of discrimination. It starts in the home, she says, and is reflected in a society which elects a government whose minister for family affairs, Aliye Kavaf, can declare homosexuality “a biological disorder — an illness — and should be treated.”

The killings occur nationally, escalating dramatically over the past decade, says Kilic. Between 2008 and 2010, 45 transgender persons were likely murdered.

There are no mechanisms to monitor and report violence against Turkey’s sexual minorities. It is a taboo issue, and therefore invisible.

“I was so enjoying this day,” she says. “They saw us as a threat, but at least they saw us. By attacking us they acknowledged us. That means we have become visible as a community.”

However, that visibility has not yielded constitutional recognition for sexual minorities or the introduction of hate-crime legislation in Turkey’s criminal code.

“Hate crimes are a very particular kind of crime,” says Levent Sensever from the Association of Social Change, a collective lobbying for hate-crime legislation.

“If it is not recognized, we can ignore these kinds of crimes very easily.”

Such crimes target individuals from a minority group, aiming to traumatize and spread fear. Rights groups argue the killing of many transgender persons constitute a wave of hate crimes, so hate-based motives should be considered when sentencing defendants.

In March, construction workers in the coastal Anatolian city of Izmir discovered transgender prostitute Hasan Sahingoz’s corpse. The killer hammered a single round into the 23-year-old’s head, leaving her body at the construction site.

A year earlier, the savaged corpse of another transgender prostitute was found in Izmir. Her head was cut off, as were her arms and legs. Her dismembered body was left on a mound of trash in a desolate rubbish dump.

According to 2011 United Nations Higher Commissioner for Human Rights report, sexual minorities are “disproportionally subjected” to torture and ill-treatment for not meeting “socially constructed gender expectations.”

In a circular twist, “discrimination on grounds of sexual orientation or gender identity may often contribute to the process of the dehumanization [...], often a necessary condition for torture and ill-treatment.”

When arrests are made, defendants can cry “unjustifiable provocation,” according to Article 29 of the Turkish penal code. The article states that punishment “will be reduced if the perpetrator commits a crime under the influence of rage or strong upset […] caused by a wrongful act.”

On Maltepe Road, a transgender prostitute stands talking to a man. She is tall, probably six feet. Nearby transgender women call out “Turkish delight.” The man is old, wearing a suit and sunk in booze. His arms dangle at his waist. A cigarette is stuck between his lips.

They agree on something. She walks ahead, her black hair trailing down her back. He stumbles behind, drawing on his cigarette. They turn down an alley, vanishing into a sordid hotel’s shadowed doorway.

The unjustifiable provocation, often invoked by defendants, is difficult to disprove.

For rights groups, constitutional recognition is the first step to halting the violence: It would force acknowledgement of LGBT identities.

“The rights of all Turks must be written into the Constitution. From the human rights perspective, things are getting worse and worse — particularly for minorities — and look set to continue in that direction,” says Ihsan Kacar, an investigator at Insan Haklari Dernegi, a Turkish human rights group.

“Turkey is a diverse country with many different kinds of people. We need a constitution which reflects this — acknowledging that all Turks have the same rights, not just the more influential conservative and nationalistic currents.”

“At the scene of the crime, a note was reportedly left stating that ‘more transvestites would be killed,'” said the report.

Dance music pumps from bars. Transgender prostitutes stand outside a building in the run-down Kurdish neighbourhood of Tarlabasi, near Maltepe Road.

Tulay sits inside the building. The 56-year-old transgender prostitute will have sex with five men tonight. She says to ask anything.

“I have been raped,” she says. “I get beaten by police, by customers — I was stabbed by a customer once.”

The apartment is small, dirty. A worn bed sits beneath faded red curtains. She takes a stick of red lipstick, applying it quickly before rubbing mascara around her eyes. Pink blusher highlights her cheeks.

“We are in danger in our homes, on the streets where we work. We live in fear of getting killed all the time," she says. She smokes heavily, recounting an attack at the hands of police officers. The officers beat her until they thought she was dead, then dumped her in Feriye Cemetery.

“I want to work another job but I can't find anything. I have been discriminated against. I have been isolated,” she says. “Nobody wants to work with a trans anyway.”

Kilic, from LGBTT Istanbul, agrees: Discrimination against transgender persons forces them into prostitution.

“Part of the problem is we have been dehumanized, so people think they can do what they want to us," she says. She talks about a young transgender prostitute she met on Maltepe Road.

“She was so beautiful and small,” Kilic says. “A real pussycat.”

The woman’s arms were heavily bandaged. The assailant came with a box cutter. He went for her throat, Kilic says. The blade sliced into her arms, paring her skin as she covered her face.

“How could anyone want to hurt her?” Kilic asks. “The horrible thing is that she got used to it: it’s normalized. She said, ‘I’m transgender, it happens.'”

Glen Johnson is a New Zealand journalist who has worked throughout the Middle East the past four years. His work — from Libya, Yemen, Somalia, Egypt, Turkey and Syria — has appeared in The Los Angeles Times, the International Herald Tribune, Le Monde Diplomatique, al Jazeera, The Guardian and The Herald on Sunday in New Zealand, among others.