Instead of appointing experienced and professional diplomats to fight Israel’s diplomatic battles, many of them find themselves without any jobs. 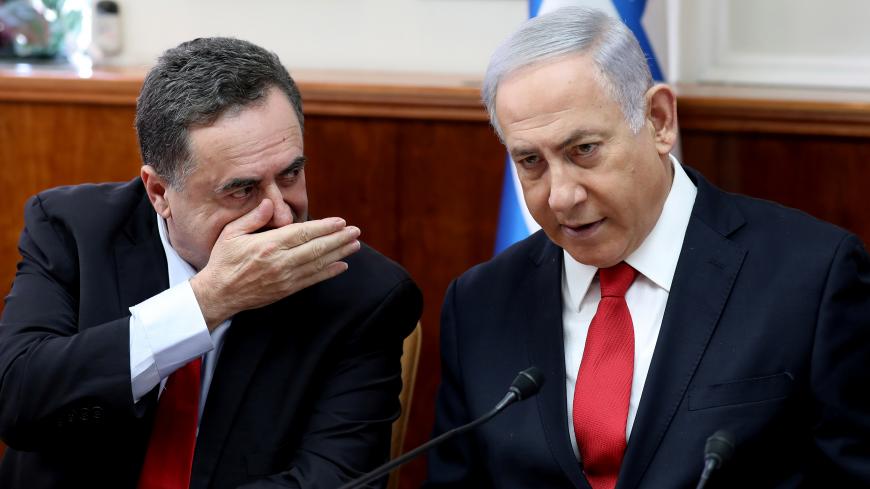 Every year around Christmas, Israeli ambassadors and heads of missions from across the globe gather at the Foreign Ministry in Jerusalem. It is an occasion for the ambassadors to catch up with one another and to meet face-to-face with headquarter staff. More so, it is a precious occasion for the minister to deliver his or her policy guidelines and to elaborate on the government’s priorities for the coming year. This year, however, the event has been postponed until further notice. There is simply no more money in the coffers.

A ministry going bankrupt is not trivial, even in Israel. But this seems the only way one can describe the situation of the Foreign Ministry these past few months. Under Prime Minister Benjamin Netanyahu, the budget of the Foreign Ministry kept shrinking, reaching a significant low by the end of 2018, when its budget for 2019 suffered an 11% cut. On Sept. 8, this cutting trend marked another low record, when the Ministry of Finance ordered the Ministry of Foreign Affairs to stop all its activities over a deficit of hundreds of millions of shekels. No more delegations of journalists coming from abroad. No more inviting ambassadors stationed in Israel for a cup of coffee and a diplomatic brief. No more traveling to American colleges to talk about Israel the startup nation. In fact, no more money for staples at the office. In November, the Foreign Ministry was forced to cancel a scheduled visit by a senior delegation from the Japanese Defense Ministry. Invitations of Chinese seniors were also postponed. For when? Nobody knows.

There are two more aspects to the crisis currently suffered by the Foreign Ministry: that of salaries and that of appointments. Over the past few years, Israeli diplomats staged several strikes, each time with a similar scenario: The labor union issues a warning about a labor dispute and an imminent strike, the Ministry of Finance ignores the warning, diplomats strike but no one in Israel cares, delegations from both sides meet several times, both sides reach an agreement on reviewing the working conditions and the salaries of Foreign Ministry agents, the labor union calls off the strike, everybody is back to work, little changes on the money front.

On Nov. 18, a subcommittee of the Knesset’s Foreign Affairs Committee convened to discuss the crisis facing the ministry. Conclusions were alarming. "The budget part allotted to the ministry has decreased significantly, despite the importance of the Foreign Ministry in terms of Israel’s national security and despite the diplomatic campaign Israel is facing. This is very disturbing … the action and work of the ministry seem to be at stake," warned the subcommittee.

Why does all of this happen? The answer lies in the way Netanyahu views the ministry — not like the No. 1 diplomatic tool of the State of Israel, but as a pool of positions to appoint either people close to him, or on the contrary, people he wants to distance from the Israeli political scene. This was the case of Israel’s envoy to the United Nations Danny Danon, a young political star with strong connections in the Likud party. By appointing him ambassador, Netanyahu hit two birds with one stone: offering Danon a prestigious and challenging position, while distancing him from any possible succession race for head of the Likud party. The case of Israel’s ambassador to the United States Ron Dermer is even more intriguing; his relationship with the Republicans was hardly to the liking of the Obama administration with whom the Israeli ambassador was supposed to work at the time. Still, Netanyahu appointed Dermer, who reports back to him directly, bypassing the ministry’s management.

Several big Israeli embassies, including Moscow, Cairo and Ottawa, are currently empty of ambassadors. At the Foreign Ministry, they explain that under a transition government no ambassadorial committees are being convened. But what exactly does the law say for such a turbulent period? A study by the Israel Democracy Institute inspected rules of appointing senior officials under a transition government, reaching the conclusion that each case must be studied separately, according to urgency and necessity. Judging by the ease at which Netanyahu has fired and hired new ministers in his caretaker government, we might conclude that nominating ambassadors could also be considered urgent, thus possible and even essential.

Israeli diplomats estimate that Netanyahu is keeping Moscow, Cairo, Ottawa and also other embassies for political appointments. And since he is still waiting to win the elections, he would like to keep these positions empty, as bargaining chips. The case of Cairo is especially conspicuous, because of Netanyahu’s past attempt to appoint former Minister Ayoub Kara to this position, even though an excellent and most professional candidate — experienced Amira Oron — was already designated in October 2018 by the ministry’s committee. When the scandal broke out, Netanyahu retracted. But since then, one of Israel’s most important and sensitive embassies lacks a chief diplomat. Also, according to a diplomatic source, Netanyahu has already a candidate in mind for replacing Ambassador to France Aliza Bin-Noun, who was due back in Israel several months ago — and the list goes on.

Since Netanyahu and Minister Yisrael Katz apparently wish to keep these important positions empty for the moment, no appointment committees are convened. And so, also the other ambassadorial positions stay empty. Nominations of people at the headquarters in Jerusalem are also blocked, like in a musical chair game. People who came back to Jerusalem from postings abroad are sitting and waiting for jobs, as if Israel was in no hurry or need to fight for its image or for its diplomatic ties. A diplomat serving in Europe, who spoke on condition of anonymity to Al-Monitor, warned, "Highly qualified people are staying at home, with no jobs, while plenty of positions are vacant both in Israel and abroad. How can it be? We are already standing with our backs against the wall on many diplomatic fronts; now they make us beg for the privilege of going to the office."