Israel's international standing requires all possible diplomatic efforts, but years of low salaries and disregard for their working conditions have forced the Foreign Ministry's staff to declare a general strike. 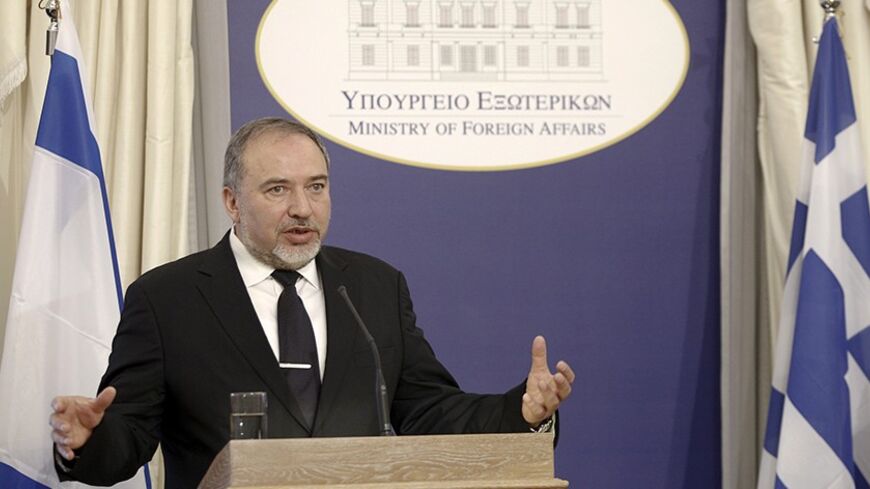 It's hard to understand why Prime Minister Benjamin Netanyahu and Foreign Minister Avigdor Liberman stood on the sidelines for many long months watching the Foreign Ministry employees' justified struggle to improve their salaries and work conditions. Precisely at a time when Israel needs to gather all its strength for its public diplomacy fight against boycotts and de-legitimization around the world, the Foreign Ministry announced a general strike for the first time March 24.

The unprecedented decision to strike by the Foreign Ministry workers committee, including all its 103 embassies and delegations abroad, should serve as a wake-up call to the prime minister and foreign minister. Both of them must come to the aid of the diplomatic corps and bring about a speedy end to this crisis. Precisely Netanyahu and Liberman, who are on the front lines of the diplomatic process and aware of Israel's inferiority to Palestinian public diplomacy, should have known better. They should have shown more sensitivity to the distress of the Foreign Service workers who are their partners on this front.

The committee's claims are basically justified. According to data spread by the committee, the last decade has seen ongoing erosion of the salaries of the Foreign Ministry employees, leading to a situation in which about a third of the employees left the ministry in the same period for to economic reasons. Therefore, Liberman's aggressive response was not at all understandable when he stated that the strike is "a miserable decision showing that they have lost their senses entirely," instead of backing up his workers or at least expressing solidarity with them. Thus the minister's thick-headed response proves that his workers had no choice but to take such an extreme step. Perhaps now, when the foreign minister and his deputy won't be able to enter their offices in Jerusalem due to the strike, when the gates of Israeli delegations around the world will be locked, when the public diplomacy arena will be totally abandoned — perhaps then, someone will take Foreign Ministry worker demands seriously.

At the end of this week, the UN Human Rights Council in Geneva is poised to vote on five condemnatory resolutions against Israel, one of them calling for support of the boycott against products from the settlements. Because of the strike, the Israeli side will scarcely be heard, if at all. Events like this happen on a weekly basis. Calls for boycott never stop and Palestinian public diplomacy now operates unchallenged.

Simultaneously, Israel is reaching the moment of truth in its diplomatic negotiations toward dissemination of the Kerry framework document. But instead of working at full strength to promote Israeli positions and score points in the public opinion arena, points that will assist Israel later on, the soldiers of Israel's "diplomatic army" are busy fighting a war for their economic future. Instead of operating out of a sense of mission and (perhaps) errant belief in the justness of the path adopted by the state behind them, the Foreign Ministry employees feel burned out and abandoned by their state. This is no way to wage battles, much less to win them.

The Foreign Ministry employees began their struggle over a year ago, staging partial strikes and minor workplace rebellions and staging protests that yielded no results except for mediation proceedings with the Ministry of Finance. But even that attempt recently ran aground. While the Foreign Ministry workers displayed harsh data showing an average monthly salary of about 10,000 shekels (about $3,000) for members of the diplomatic corps even after 15 or more years of service, the Treasury exhibited data showing that the average salary of about 1,200 Foreign Ministry employees is more than 17,000 shekels (about $5,000), much higher than the average salary in the country.

The gap between the versions testifies to the great distance between the positions of the Foreign Ministry employees and those of Treasury representatives who are in charge of their compensation. But even if we assume that the truth is somewhere in the middle, we are talking about relatively low salaries for veteran workers in key Israeli foreign-service positions. To the salary discussion we must add that in many cases, the diplomat's spouse joins him or her abroad and stops working. This has a direct negative effect on the family's income in the present, and in their pension years in the future, too.

True, the Foreign Ministry's Cadet Training Program is considered a very attractive route; many apply but only a few are accepted. However, the harsh reality after the course drives away excellent workers from the diplomacy service, people who prefer a more secure economic future. Proof of the cumulative burnout and decline in the prestige of the Foreign Service can be found in the fact that the position of deputy ambassador to the United States has not been manned for months now. This appointment had been considered a very desirable one until recently — the prime minister himself can testify to this, having served at this post from 1982 to 1984 — until he was appointed to serve as Israel's ambassador to the United Nations.

The Foreign Ministry employees' fight did not succeed in garnering public sympathy in any phase of their struggle. Israeli citizens who found it difficult to receive consular services abroad due to the mini strikes were very hostile toward the Foreign Ministry workers. The crisis has been covered briefly and marginally by the media, if at all. Perhaps this is due to the sterling image of the Foreign Service, or because most of Israel's residents are engaged in their own struggle for survival. Even when the sanctions adversely affected the work of Israel's public diplomacy after Israel's interception of the weapons ship Klos-C, this issue did not make waves. The frustration of the ministry's employees has only increased over time, culminating in the extreme step of declaring a general strike.

The erosion in wages and working conditions is only one chapter in the gloomy saga of the Israeli Foreign Ministry. Over the last decade, the ministry was also adversely affected by encroachment on its responsibilities and jurisdictions; numerous powers were taken from the Foreign Ministry for the benefit of new government ministries such as the Ministry of Public Diplomacy and Diaspora Affairs and the Ministry of Strategic Affairs.

Knesset member Ronen Hoffman (Yesh Atid), chairman of the Knesset’s Foreign and Defense Affairs’ Subcommittee on Public Diplomacy and an academic with a doctorate in international relations, is very worried about these changes. In a March 24 conversation with Al-Monitor, he said: "The problems of the Foreign Ministry are so deep that the situation threatens the national security of the state of Israel. Unfortunately, the state does not view foreign policy as a central pillar of its power, but instead relates to the Foreign Ministry as a doormat to be stepped on. In other words, recent years have seen cutbacks, activities that have been halted and budgets that were transferred to other ministries. How can public diplomacy thrive under such circumstances?

When asked whether the harm to the Foreign Ministry has also caused a decline in the quality of the workers and their professionalism, Hoffman said, "The human resources in the Foreign Ministry are wonderful. That's my impression. The problem is that the work conditions have caused an impressive wave of resignations. This is no way to create a proper Foreign Service deployment. Maybe someone thinks that the security and intelligence apparatuses can deal with public diplomacy challenges, but of course this is a mistake. Terrible things are happening in Europe against us, and no one is currently doing anything about it, and that causes cumulative damage. People don’t understand the importance of the collapse of the Foreign Ministry and trampling on it. This has tremendous economic ramifications. If there is no one to man public diplomacy against the boycotts, it will spread, and there will be implications for the economy."