Appearing on a Saudi-funded TV show has led to speculations about the possible decision of Iranian actress Mahnaz Afshar not to go back to her home country. 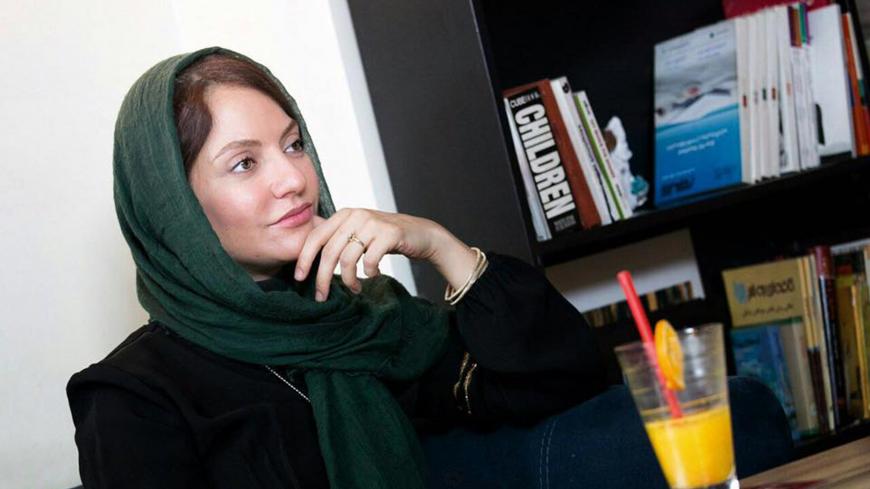 Iranian actress Mahnaz Afshar, who is appearing as a judge on a TV talent show. Posted March 23, 2017. - Facebook/OfficialMahnazAfshar

Ever since her marriage in 2014 to the son of a powerful Iranian hard-liner, Mahnaz Afshar, an actress with an uncanny resemblance to 1970s mini-skirted idol Googoosh, has been a figure of controversy in Iran. The recent debate is related to her appearance in November as one of the judges on the show “Persia's Got Talent,” broadcast on a Saudi-funded TV channel — right at the height of political tensions between Iran and Saudi Arabia.

Afshar played her first role in a TV series in 1998 and appeared in commercial popular films for a decade. In the late 2000s, she was seen in more artistic films and received the award for best supporting actress at Iran’s Fajr International Film Festival in 2010 and 2011, both for her role in “Saadat Abad” (“Felicity Land”), a social drama.

What made her a controversial figure was not her career but her marriage in 2014 to Yasin Ramin, the son of a staunch enemy of pro-West political activists and Reformists. Her father-in-law, Mohammad-Ali Ramin, was a high-profile official and later vice minister for the press in the Ministry of Culture during the second term of hard-line Mahmoud Ahmadinejad’s presidency. Ramin — not excited about his son’s marriage to an actress — was directly involved in the closure of many local newspapers in Iran. The period was known as one of the worst times in Iran’s press history after the Islamic Revolution in 1979.

Afshar declared that she had voted for Reformist-backed President Hassan Rouhani in 2013, so her marriage to the son of the conservative official did not go unnoticed. Though Afshar continued to support liberal causes, such as political prisoners, the media has repeatedly called her a “hypocrite” for sleeping with the enemy.

Her husband’s trial on charges of importing “rotten” infant milk has not helped her popularity either. In May 2019, the well-connected businessman was sentenced to prison for 17 years for fraud.

Afshar had a rough year herself as she faced a trial of her own in 2019. In April, she retweeted and lambasted a tweet from a fake account under the name of a cleric. The tweet urged Iranian women to temporarily marry Iraqi members of the Popular Mobilization Units for even one day, and Afshar, like many other Iranian women and men, reacted angrily. However, as this was a fake account, the cleric whose name and picture were used filed a complaint against the actress. To make matters worse, a cleric in Hamedan province was killed by a thug, prompting the conservative users on Twitter, already irritated by her political remarks, to point a finger at Afshar for preparing the ground for the murder of the cleric, and called on the judiciary to look into Afshar’s role. In addition, other accusations against the actress had been brought up by the judiciary, including “propaganda against the Islamic Republic.”

At the height of all this, Afshar left the country. Abdolsamad Khorramshahi, Afshar’s lawyer, stated May 3 that his client was abroad and quoted her as saying that she obeys the law and would appear in court once she returns to the country. However, since then, the famous actress hasn’t returned to Iran. Concurrently with the court summoning her, Afshar announced that she was in Germany for a period of time in order to hold a workshop there.

In November, a surprising video was released on social networks showing Afshar along with singer Ebrahim Hamedi, known as EBI, and singer Arash Labaf as the judges of the Saudi-funded MBC show "Persia's Got Talent."

The relationship between Iran and Saudi Arabia has been contentious in the past four decades and reached its peak in the last few years, with Tehran and Riyadh severing their ties and getting involved in a deadly proxy war across the region. With Saudi rulers’ attempts to destroy the 2015 nuclear deal and their collaborations with US President Donald Trump’s “maximum pressure” policies against Tehran, the sentiment in Iran has completely turned against Saudi Arabia’s dynasty, placing it among the least popular countries among the Iranian public. Under these circumstances, the news of Afshar’s cooperation with MBC Persia was broken to the Iranians. The TV channel is reportedly owned by the Saudi government, with its main target audience seemingly the Iranians.

Simultaneously, the conservatives launched an onslaught against Afshar for taking part in the MBC talent show, while claiming to be a “patriot."

In reply to a question by the state-controlled radio, Reza Sadeghi, a popular singer, said Nov. 25, “I can't put myself in Mrs. Afshar's shoes, and I don’t know why she chose [this path] and under which conditions. In my view, it is not good for us to judge when we are not aware of the other person's situation.” He added, “I personally and strongly believe that if there is a place for me, it is my own country.”

Amid all the news about Afshar’s presence on "Persia's Got Talent," her lawyer told Fars news agency Dec. 5 that Afshar has been given one month to return to the country in order to appear in court, or else the court would declare its verdict on multiple charges, all related to propaganda against the Islamic Republic.

In reaction to the controversy, in a short text published in the Iranian media, Ramin suggested that his wife had been “banned” from acting and was forced to be “away” from her home country due to “false cases” opened against her.

It is still not clear whether Afshar has decided to remain abroad, but observing her hijab on "Persia's Got Talent," it looks as if she does not seek to burn all the bridges behind her and still wants to leave a way open to return to Iran.