The murder of a cleric in Iran has opened a new battle between Reformists and hard-liners, as the two sides clash over who instigated the killing. 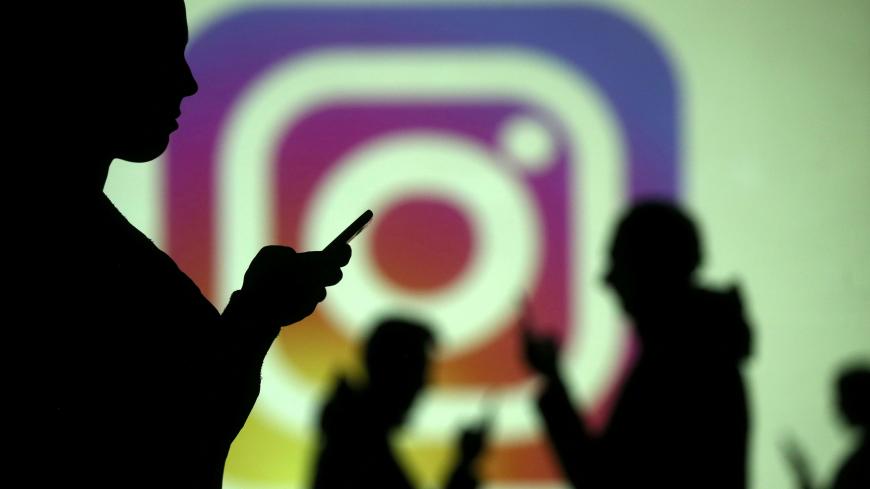 Silhouettes of mobile users are seen next to a screen projection of the Instagram logo in this picture illustration taken March 28, 2018.

Massive crowds accompanied the April 29 funeral procession of Mostafa Ghasemi, a 46-year-old cleric who was shot and killed in broad daylight in the western Iranian city of Hamedan last week. Within 24 hours of the murder, security forces killed the alleged assailant in a gun battle, leaving behind unanswered questions as well as debates among Iranians.

Responding to the murder, Ayatollah Ali Khamenei ordered law enforcement authorities to get tougher on the arms trade. Khamenei said he had seen the alleged assailant's Instagram page, in which he posted photos of himself with different weapons, promoted violence and even hinted at murder plans. The individual also confessed to Ghasemi's murder on the same page, helping the police with the identification process.

Hours after the murder, Iranians speculated as to the motive behind the attack. A video message posted on YouTube by someone claiming to be a friend of the alleged attacker said that the murder was a form of protest against Ghasemi's speeches, in which the cleric allegedly encouraged Iranian women to enter temporary marriages with members of the Iraqi Shiite militia, the Popular Mobilization Units. While the video's authenticity has not been proven, the clip nonetheless triggered heated political exchanges among Iranians.

Hard-liners active on social media immediately unearthed an earlier Instagram post by Iranian actress Mahnaz Afshar, in which she lashed out at those who "remained silent" in the face of preachers who promote temporary marriages with members of the Popular Mobilization Units. According to hard-liners, Afshar's post incited hatred against the clerical community and led to the cleric's murder. They also pointed out that the quote calling for temporary marriages, which Afshar used as reference, had been posted under a fake account.

Afshar was set to travel to Germany to lead an acting workshop, but she is now reportedly facing a travel ban. In older social media posts, the actress criticized numerous government policies and campaigned for Iranian women's rights. She denounced the pressure that women face from the state to observe the mandatory hijab regulations.

Meanwhile, Abbas Abdi, a notable figure in the Reformist camp, ignited a partisan battle over the murder in Hamedan. "The hard-liners’ tacit approval of thuggish culture and their hiring of bullies to isolate opponents has now been revisited in the form of such attacks," he wrote. Hard-line newspaper Kayhan, whose editor is appointed by the supreme leader's office, hit back, blaming the Reformists for advocating westernized culture, which he said was represented on the alleged attacker's Instagram page in the form of pictures of billiard tables and pets.

Reformist deputy parliamentary speaker Ali Motahari criticized what he saw as the police's failure to monitor the alleged attacker's activities on social media, where he had openly spoken of his violent plans. Echoing the same line, Abdollah Ramezanzadeh, a former government spokesman and a leading Reformist, noted that the incident showed "how wrong the direction of our security priorities has been. Our forces are too obsessed with a woman's hijab behind the wheel to heed threats issued online for two years by a thug."

A top official with Iran's Cyber Police, however, dismissed the widespread criticism, asserting that the posts in question had been published by the user only after he had gunned down the cleric.

Aside from the political blame game, the cleric's death seems to have opened a fresh debate on the consequences of hate speech across Iranian social media. Nevertheless, it remains to be seen whether that debate will be translated into more restrictions on Iran’s already overregulated cyberspace.

"The attack sounds the alarm on bare violence," tweeted Minister of Culture and Islamic Guidance Abbas Salehi, branding the murder a "dirty game" backed by hate promoters. "Words serve as gunpowder for bullets," the minister warned on a social media platform that is filtered in Iran.