While Oman and Iran may have high hopes for the Hormuz Peace Endeavor, regional security arrangements have typically needed great-power backing to hold them together. 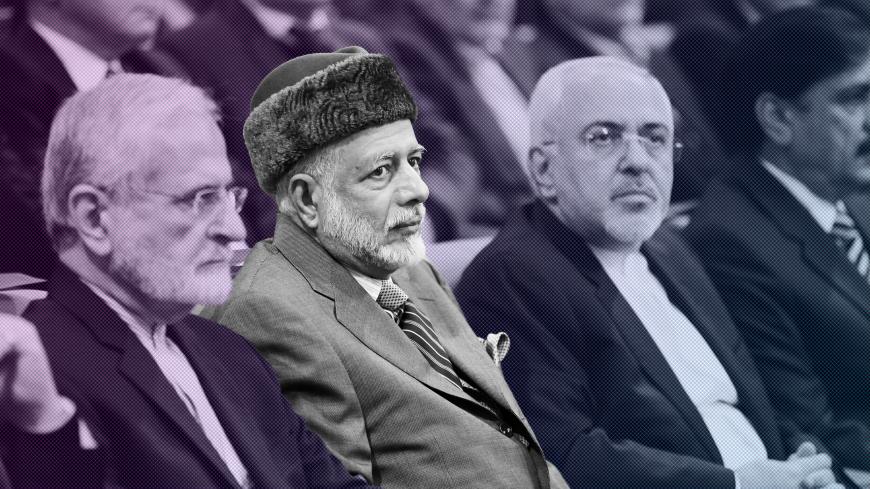 The Omani minister responsible for foreign affairs, Yusuf bin Alawi, visited Tehran on Dec. 2-3 on an unexpected trip. He held meetings with Iranian Foreign Minister Mohammad Javad Zarif and President Hassan Rouhani. While officials have published no details about these meetings, the Hormuz Peace Endeavor (HOPE) initiative was suggested to have been one of the subjects discussed during the visit. Also, tensions between Iran and the United States are expected to have been among the topics that the Omani official discussed during his visit.

The following is an examination of the HOPE initiative. It was first introduced by Rouhani during his attendance at the UN General Assembly's annual meeting. The plan, as Zarif elaborated on it later, suggests building a regional security arrangement “through intra-regional dialogue.” Since the plan’s proposal is based on a large number of international principles, discussing all of them would require a lengthy discussion, but some of its inherent difficulties could be listed in two main categories, one theoretical and the other practical.

First, theoretically, a regional security arrangement such as what HOPE suggests is a myth. None of the regional security agendas in the postwar era (if not before) have worked without the presence of a great power, either as a resident actor, such as in North America, or as an intervening power, such as in Southeast Asia or Eastern Europe. In both unipolar and bipolar international systems, it has been the great powers — actors with an unrivaled share of relative capabilities and the ability to power project all over the world — that have been the security providers and no regional security agenda has existed without their intervention in one way or another.

Usually there are security duties in regions that are assigned to regional powers, but a regional agenda has never worked without the presence of one of the systemic powers. Even Europe — which has many countries holding similar definitions of security issues as well as the presence of a deep-rooted organization, the European Union — has the presence of more than 60,000 US troops. In Southeast Asia, where economic integration has been working for decades and its countries enjoy interconnected economies, more than 70,000 US troops are seen as “security producers.” Accordingly, Zarif's claims that regional security has been ensured by regional states for centuries and his suggestions that a security plan could be based on rejection "of participation in any military coalition or accord against one another" is simply inconsistent with the theoretical definition of the subject.

The realities from the field of the region that would be affected by the HOPE initiative are not helpful in this regard. That Zarif said the initiative is based on “respect for one another’s national, religious and historical sanctities and symbols” shows the depth of the conflicts in the region. Iran has territorial issues with suggested members of the initiative. Actors here do not even have consensus over the name of the region; this could be among the reasons that the initiative has Hormuz in its name rather than Persian Gulf. Moreover, whereas Zarif said “cooperation to eradicate terrorism, extremism and sectarian tensions” is one of the basic proposals of the plan, the sides do not share a similar definition of terrorism. Tehran’s Arab rivals consider Iranian-allied groups such as Hezbollah and Ansar Allah as terrorist groups; in turn, Iran believes Saudi Arabia has been supporting terrorist groups such as al-Qaeda, Jabhat al-Nusra, Jaish al-Adl and Jund al-Allah against Iran for a long time. Iran has even designated the US Central Command, the most vital and closest security ally of Saudi Arabia and the United Arab Emirates, as a terrorist group. One should wonder what kind of regional security agenda would work in spite of all of these deep historical inconsistencies. Of course, the HOPE plan is consistent with Zarif’s liberal institutionalism and multilateralism mindset, but could it work in the Persian Gulf in spite of all of the mentioned barriers?

Although it seems that the plan is designed to trim American influence in the region, Iran indeed must be aware of the US factor when it comes to peace-building in the region. As a matter of fact, there are new developments that suggest Iranian officials are moving in that direction. On Dec. 7, Tehran and Washington exchanged two important prisoners, after which President Donald Trump thanked Iran and tweeted, “See, we can make a deal together!” He also denied sending an additional 14,000 troops to the Middle East, despite widespread reports; these in turn had been interpreted as a significant decision to counter Iran in the region.

These matters, coupled with new developments in INSTEX (the European trade channel with Iran) as well as consecutive trips by Omani officials (known as longstanding mediators between Iran and the United States) to Tehran and Washington suggest that the real course of action related to tension-reducing in the region has been passing through Washington. This, however, is not consistent with the HOPE initiative. The success of these efforts is yet to be seen, especially considering barriers such as the war in Yemen where, as the author has explained, there are considerable complications on the road to a settlement between Tehran and Riyadh. Also, the US understanding of Iran’s internal situation does not provide an incentive for Trump’s administration to actively pursue negotiations with Tehran. But one thing seems certain: The HOPE initiative is an impossible mission.