While flatly denying any role in the twin strikes on Saudi oil facilities, Iran finds no drawback in firmly standing by the Shiite Houthi rebels for what it views as their exercise of the right to retaliate against Saudi attacks. 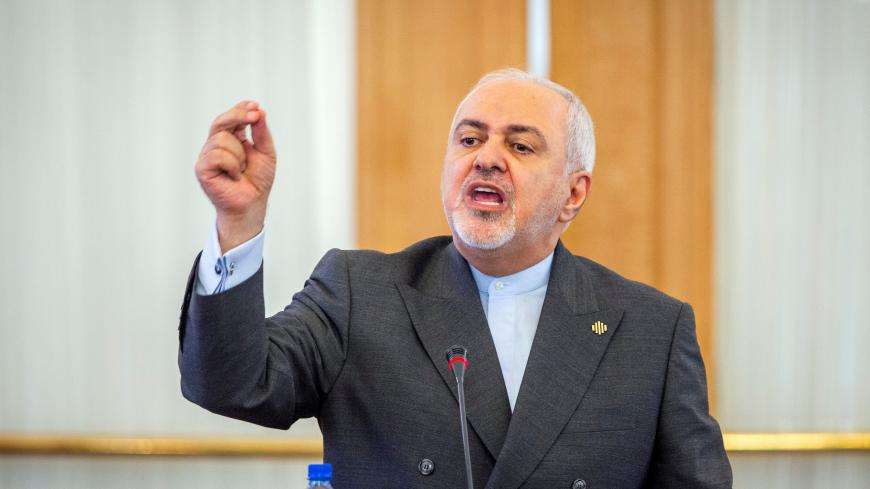 Iran continues to stick to its official line of denying responsibility for the weekend attacks that targeted key Saudi oil refineries and temporarily sent global oil prices soaring. In his latest reaction, Foreign Minister Mohammad Javad Zarif underscored the plight of Yemenis — who have fallen "victim" to four and a half years of "the worst war crimes" — as enough justification for the Houthis to retaliate against the "aggressor."

"Blaming Iran won't change that," Zarif wrote, stressing diplomacy as the only solution that could benefit all players. In his tweet, the top Iranian diplomat also offered some veiled praise to the Houthi rebels for their success in circumventing the Saudi interception technology, part of the kingdom's whopping arms deals with the United States.

The Islamic Republic has for long been a persistent critic of US arms sales to Riyadh, warning that the deals will only further escalate the situation in an already volatile region. Picking up on that argument, conservative daily Khorasan wrote about US President Donald Trump's strategy to continue to "milk" Saudi Arabia, "the cow that is now wounded" following the strikes on its oil infrastructure.

According to former lawmaker and international affairs analyst Sabbah Zangeneh, the United States may throw its full weight behind Saudi Arabia in the ongoing situation. But for that, Trump would need Saudi officials "to loosen the purse strings." Zangeneh contends that by leveling accusations against Tehran, both Washington and Riyadh are waging a fierce "propaganda war" to shift the world's attention away from the "weaknesses in their defense capabilities" and their failure to thwart the Houthi attacks.

Following a Cabinet meeting in Tehran Sept. 18, Iran's Defense Minister Brig. Gen. Amir Hatami also denied that Iran played any role whatsoever in the incidents claimed by the Houthis. Yet to him, the operation came as no surprise from "a country [Yemen] which has been intensely targeted for years and has suffered massive casualties as well as an economic blockade."

While hard evidence of Iran's involvement has yet to be publicly disclosed, the American intelligence community is said to have concluded that the strikes were conducted from a location in Iran's southwest. That has already sparked debate among Iranians on how the next episode may play out.

Given Trump's recent history with Iran, many Iranians on social media platforms contend that he will go the extra mile to avoid militarily engaging Iran. Supporters of the theory reference Trump's last-minute change of heart when he refused to retaliate after Iran's downing of an American surveillance drone over the Strait of Hormuz in June.

On the other hand, there are those who point toward an "unpredictable" Trump who may blow the fuse at any moment. Pouya Nazeran, a Tehran-based economic expert, maintains that the twin attacks were "too sophisticated to have been carried out by the Houthis" and could be seen within a pattern of similar and recently intensifying incidents involving oil tankers in the Persian Gulf. Nazeran concludes that the international community's inaction has further emboldened the culprit. His grim picture portrays "an entire Middle East soon to be set ablaze" with the flames equally burning all sides together.