The US administration deepened its involvement in trilateral talks between Egypt, Sudan and Ethiopia over the filling of a massive new dam on the Nile River this week, to Cairo’s relief. 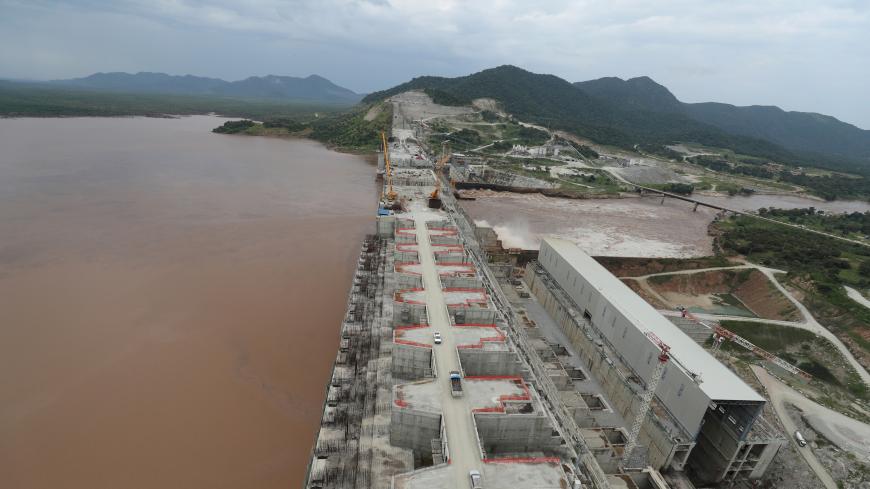 The US administration deepened its involvement in trilateral talks between Egypt, Sudan and Ethiopia over the filling of a massive new dam on the Nile River this week, to Cairo’s relief. In a joint statement Monday evening following a meeting of foreign ministers in Washington, the four nations and the World Bank agreed to develop rules and guidelines regarding “drought mitigation measures” for the filling and operation of the Grand Ethiopian Renaissance Dam, or GERD.

Why it matters: Ethiopia began construction of the 6,500-megawatt dam across the border with Sudan in 2011 to provide electricity for its rapidly growing middle class. Egypt, however, is worried about the dam’s impact on the Nile, which it relies on for 90% of its water needs, leading Egyptian President Abdel Fattah al-Sisi to request US President Donald Trump help mediate during a meeting on the sidelines of the UN General Assembly summit in September. The first Washington meeting on the dam took place on Nov. 6.

Egypt in particular wants to ensure that efforts to fill the dam’s 18.5 trillion-gallon reservoir over the next several years won’t harm its own water and electricity needs. To that end, Cairo is pushing for an agreement to fill the dam in phases rather than according to a set number of years. These phases would take into consideration annual flooding, rainfall levels and periods of drought. Monday’s joint statement focused largely on drought concerns.

What’s next: The ministers of foreign affairs agreed to meet again in Washington on Jan. 13, 2020, to review the results of upcoming technical meetings scheduled for Dec. 21-22 in Khartoum and Addis Ababa soon after. If no deal is reached by Jan. 15, the three countries have agreed to invoke Article 10 of the Agreement of Declarations of Principles agreed to in March 2015, which states that if the parties “are unable to resolve the dispute through consultation or negotiation, they may jointly request for conciliation, mediation or refer the matter for the consideration of the Heads of State/Head of Government.” Egypt is expected to seek the United States and the World Bank as mediators in the likely case the Jan. 15 deadline isn’t met.

Know more: Make sure to read Al-Monitor’s go-to Nile expert, Ayah Aman, for the latest on Egypt’s shifting demands on the dam talks. And don’t miss her heartbreaking journey down the river’s banks as she interviews all manner of people whose lives are being upended by its slow demise.