Intel: How Russia and Turkey are eyeing new deals on Idlib and Libya 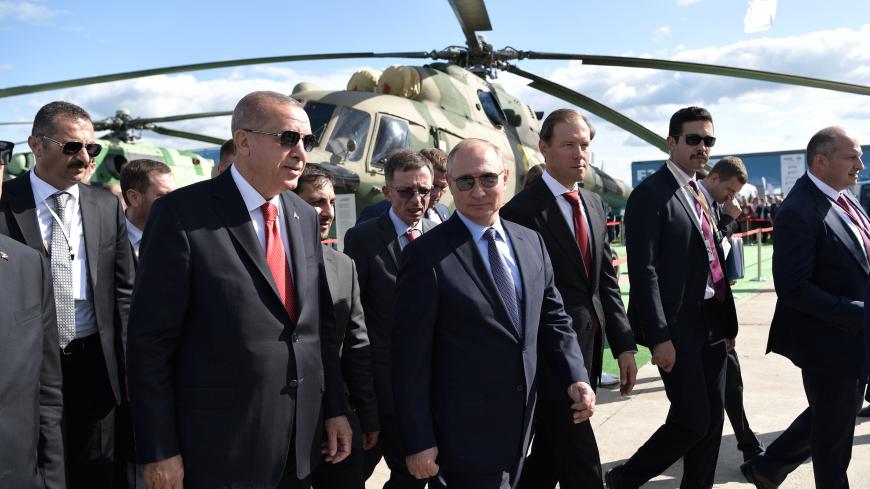 Why it matters: The visit comes as Russian-backed Syrian forces gained ground in Idlib as a result of a weekslong offensive. The Syrian army claims it gained more than 20 villages and hilltops in the last rebel-held province and is approaching one of 12 Turkish observation posts in Syria’s northwest. This is the biggest such assault in more than three months. The push reportedly triggered a large civilian exodus. On Sunday, President Recep Tayyip Erdogan said Turkey could not handle a new influx of refugees and urged Moscow to stop its strikes. Turkey currently hosts more than 3.5 million Syrian refugees.

Friend in need: On Dec. 11 and Dec. 17, Erdogan and Russian President Vladimir Putin had two phone conversations. On the issue of Syria, the major takeaway was that the parties agreed to increase coordinated efforts to fight the terrorist threat, including in Idlib province and in the country’s northeast. As for Libya, Moscow said its proposals revolve around a prompt cease-fire and the resumption of intra-Libyan peace talks. Remarkably, while Russia and Turkey expressed support for the UN and Germany’s mediation efforts to end the armed conflict, both reaffirmed their willingness “to assist in establishing inter-Libyan contacts.”

“Russia is ready to make a significant contribution, as it maintains contact with all active political forces,” Russian Foreign Ministry spokeswoman Maria Zakharova said after the second Putin-Erdogan conversation.

What’s next: Putin is expected to visit Turkey Jan. 8. The Russian and Turkish leaders will launch the TurkStream natural gas pipeline from Russia to Turkey and discuss Syria, the delivery of the Russian S-400 air defense system and the situation in Libya.

Two sources in the Russian Foreign and Defense ministries who spoke with Al-Monitor alluded to a potentially “important initiative” on Libya that the two countries may jointly launch following the presidential meeting.