Intel: How the death of its army chief opens new era in Algeria’s politics 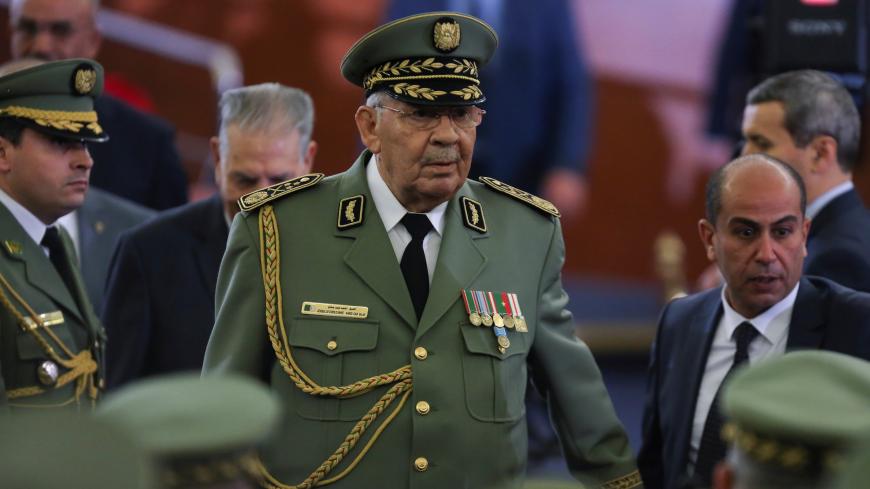 Gen. Ahmed Gaid Salah, 79, was one of the last remaining veterans of the war of independence against France. As army chief of staff since 2004, he was among a secretive group known simply as “le pouvoir” that made all the important decisions in Algeria’s nominally democratic system.

Why it matters: Gaid Salah played a key role in a tumultuous year for Algeria, invoking a constitutional provision to force out President Abdelaziz Bouteflika as mass protests against his bid for a fifth term threatened to topple the entire political system. As the de facto leader for the following few months, Gaid Salah resisted demands for deep political reforms and pushed for a new presidential election resisted by millions of Algerians pressing to first dismantle the regime.

His unexpected death could empower newly elected President Abdelmadjid Tebboune to tackle democratic reforms, or it could prompt a hardening by the ruling elites. In his first presidential speech last week, Tebboune, 74, pledged to introduce presidential term limits and invite more young people into politics, while singling out Gaid Salah for his role in “protecting the country.”

Know more: Make sure to read Ghada Hamrouche on how Bouteflika’s departure transformed the army from arbiter to central player in Algerian politics and how Gaid Salah pushed through a presidential election few wanted.