The essential division of northeastern Syria into five sectors has created a highly combustible environment where one small spark is enough to start a massive fire. 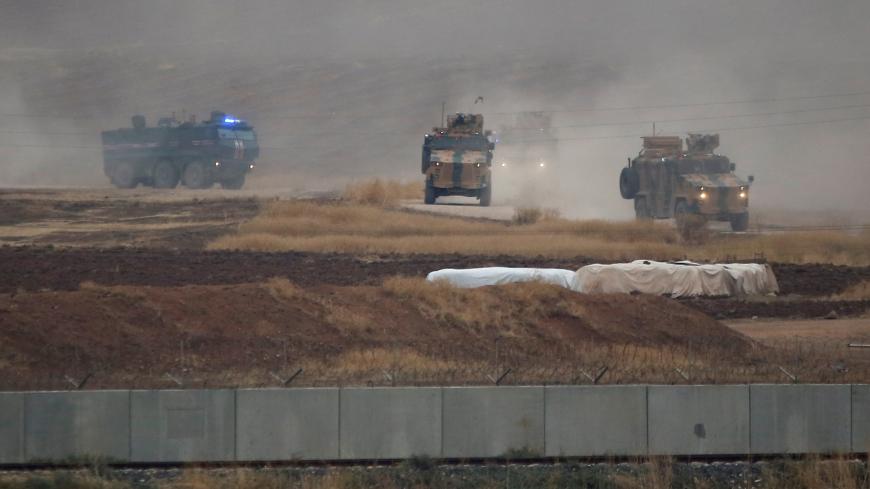 Following Turkey’s Operation Peace Spring, northeastern Syria has been effectively divided into five sectors from the Euphrates east to the Iraqi border. All of these sectors are controlled by actors mostly hostile to each other due to their diverging interests.

At the northwestern end of this picture, there is Kobani, which is under the control of Syrian government forces and Russian troops. The airspace is controlled by Russia. Despite sporadic clashes in the countryside between Syrian government forces and Turkish-backed Free Syrian Army (FSA) factions seeking to expand their control over southeastern Kobani, the town center is relatively stable and calm.

The second sector is the Tell Abyad/Ras al-Ain/M4 highway pocket, which Turkish forces and its allies seized control of during Operation Peace Spring. The region is mostly calm in terms of direct military conflict except for Tel Tamr, where clashes are ongoing between some FSA factions [aka the Syrian National Army] and the Kurdish People’s Protection Units (YPG) backed by pro-Assad militias. Turkish fighter jets are still using the airspace over the pocket as Turkish airstrikes around the strategic M4 highway are still continuing. In Tell Abyad, one car bomb killed 13 people on Nov. 2 and another killed at least eight civilians Nov. 10. The attacks are a sign that conventional clashes will gradually shift to guerrilla warfare in this pocket.

The third sector stretches from Ras al-Ain to the Iraqi border. This sector covers the 10-kilometer (6-mile) buffer zone where the Turkish and Russian armies conducted joint patrols under the Oct. 22 Sochi deal between Turkish President Recep Tayyip Erdogan and his Russian counterpart Vladimir Putin.

Military cooperation between the sides kicked off when a Russian soldier of Azerbaijani origin on the Syrian side of the border hailed Turkish commandos and said in Turkish, “Come here brother! Everything is safe.” Joint reconnaissance patrols began Nov. 1.

Experts said the political significance of the joint patrols outweighs their military importance.

“YPG forces have already pulled back 30 kilometers [19 miles] from the border. So I believe the political and strategic importance of the patrols is more concrete and important than their military benefits,” Kerim Has, a Moscow-based analyst who closely monitors the eight-year-long Syrian conflict, told Al-Monitor.

Has said Russia has five goals.

The fourth sector, the area between Deir ez-Zor and the M4 highway, represents the most contested Syrian territory in the northeast Syria because of its rich oil resources. The power struggle between the YPG forces and the Syrian army — and consequently between Russia and the United States — over the area is still continuing. YPG forces are said to be fortifying their troops, particularly around oil-rich Rmelan.

The fifth sector is Deir ez-Zor itself, currently under the de facto control of the United States. Washington is not likely to give up the region as it forms part of the US plan to “secure the oil” in Syria.

In addition to Turkey, Russia, the United States and the Syrian government, one has to keep in mind that game plans of less-mentioned players, namely, Turkey-backed Syrian opposition forces and pro-Iranian militias.

In an environment where a large number of actors with diverging interests operate in a small area where close quarters combat is ongoing, even a small spark can lead to a massive fire. Hence “strategic corporals” on the ground should act more responsibly than their political decision-makers to manage the risk.