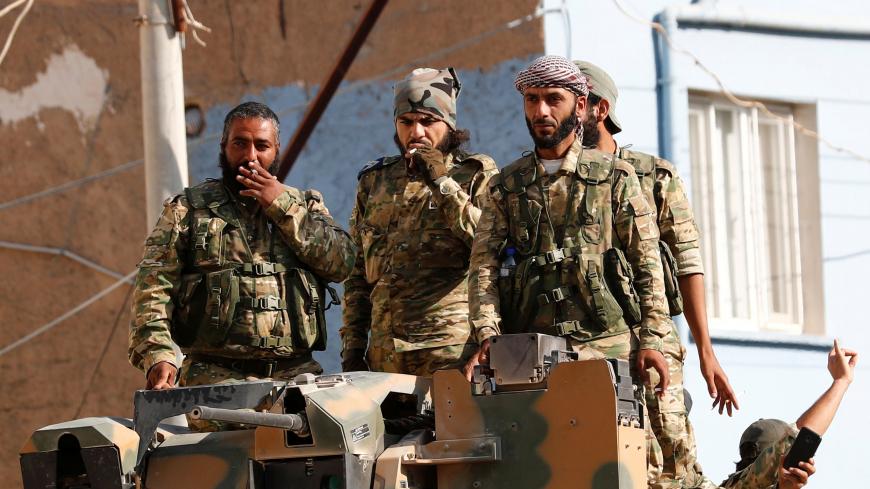 ALEPPO, Syria — A controversial prisoner release has Syrian opposition forces wondering who's really on their side.

The opposition's National Army and Free Syrian Army (FSA) have fought alongside Turkish forces against the Kurdish People's Protection Units (YPG), which Turkey considers a terrorist group. The Syrian regime has backed up the YPG. Meanwhile, Russia and Turkey forged an agreement regarding the conflict, but Russia is also a staunch ally of Syrian President Bashar al-Assad.

So there was confusion among opposition forces when their National Army captured 18 regime fighters Oct. 29, and by Nov. 1, the prisoners had been released.

The opposition had captured the fighters, including a lieutenant, in the Ras al-Ain area of Hasakah province in northeastern Syria. The battles there, east of the Euphrates River, are part of Turkey’s Operation Peace Spring, launched Oct. 9 against the YPG.

“The regime's forces are fighting alongside the YPG on the front lines in northern Hasakah,” said National Army media coordinator Yahya Mayo. “The two sides had agreed to join forces in this battle on Oct. 12, a few days after the launch of Operation Peace Spring,” he told Al-Monitor. “This is why it wasn't surprising that the National Army was able to capture so many members of the regime's forces.”

The prisoner handover a few days later was a shock for many opposition fighters, especially since the opposition received nothing in return and thousands of Syrian opposition detainees remain in the regime’s prisons.

“I can hardly believe how these prisoners were handed over so easily," media activist Abu Alaa al-Halabi from northern Aleppo told Al-Monitor. "I find it inconceivable to release them so quickly and without anything in return. The Assad regime’s prisons are packed with detainees waiting to be saved. I am truly traumatized by this.”

“What happened is unjustifiable. The detainees in the regime’s prisons are waiting for us to save them from their hellhole and when the opportunity presented itself to swap them with detainees from the regime forces, the National Army and the Turkish army handed over the captured prisoners on a silver platter," he said.

He wondered whether this was based on the Russian-Turkish agreement. “Even if that is true, I reject handing over prisoners from among the regime forces with nothing in exchange.”

A statement issued Nov. 1 by the FSA-National Army's 2nd Legion said, “These criminal prisoners were captured in fierce battles fought by our forces backed by Turkish allied forces. … Our forces have caused many deaths in their ranks. … The handover of the prisoners to the Turkish brothers falls within the framework of an Operation Peace Spring agreement with the Turkish army.”

The statement added, “Our strategic partnership as a national army with the Turkish army allies … requires us to show flexibility in managing the battle. We are in constant communication and we made [it clear] that this event will not remain uncompensated.”

The FSA's Hammoud told Al-Monitor, “The statement of the FSA-National Army 2nd Legion expresses the opinion of the National Army command on the handover of regime force prisoners and the controversy this has stirred among the opposition.” He made no further comments.

The opposition-affiliated Union of Syrian Media, based in northern Aleppo province, also issued a statement Nov. 1 clarifying its position on the prisoner handover. “We were looking forward to a prisoner swap with regime forces that could release a number of freemen held in the prisons of the regime gangs … but we were surprised by the Turkish and Russian statements about the release of these regime force detainees with nothing in return and without the knowledge of the National Army leadership.”

An FSA-National Army fighter also lamented the situation. He told Al-Monitor on condition of anonymity, “Thousands of Syrian opposition members experiencing tragic conditions in the regime's detention centers have been imprisoned for more than eight years without the Turkish side or the National Army [working] for their release.”