In Egypt, penalties proposed for those not wearing decent clothes in public places

Egyptian activists denounce a new bill that would oblige citizens to wear decent clothes under pain of financial penalties and say the proposed law is extremely conservative and involves serious constitutional violations. 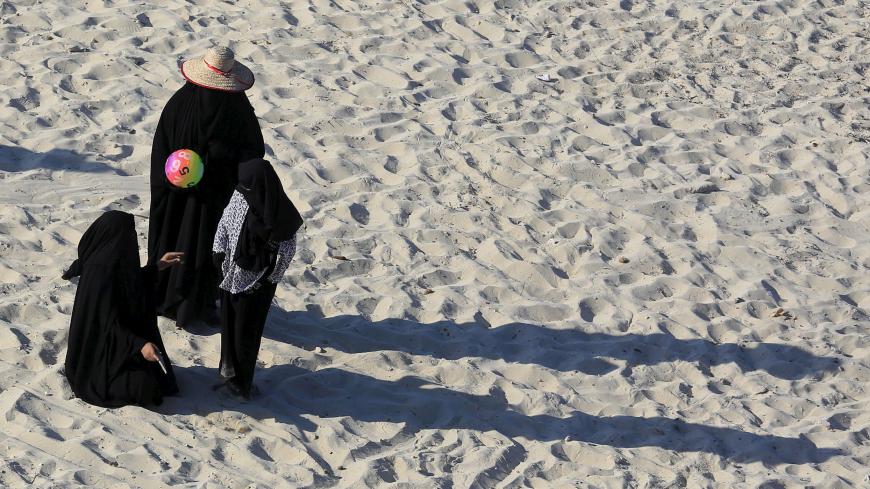 A correspondent in Egypt
November 8, 2019

CAIRO — Egyptian member of parliament Ghada Ajami of the Support Egypt bloc submitted a controversial bill Oct. 30 that stirred a wide debate about the rights of citizens to be able to wear and do what they want without censorship or interference from authority.

The proposed “public decency law” would oblige citizens to wear clothing that meets certain standards and to refrain from saying or doing certain things in public areas.

Article 3 of the bill reads, “Anyone who visits a public place shall abide by the values, customs, traditions and culture prevailing in the Arab Republic of Egypt.”

Article 4 stipulates, “It is prohibited to appear in a public place in indecent outfit or clothing, or to wear a garment bearing pictures, shapes, signs or phrases prejudicing public decency.”

According to Article 6, it would be prohibited to make any statement or to perform an act in a public place that could harm, prejudice, frighten or endanger the people frequenting such places.

With regard to the penalties, Article 8 of the proposed law says, “Without prejudice to any more severe penalty prescribed in other laws, a fine of not less than 500 Egyptian pounds [around $30] and not more than 5,000 Egyptian pounds [around $300] shall be imposed on anyone who violates any of the provisions of this law. The fine shall be doubled in case of the same violation is repeated within one year.”

This is not the first time Ajami has focused on citizens’ attire in public places. In November 2018, she announced the submittal of a bill banning the niqab or the veil in public places. She invoked at the time national security and social motives, especially as the veil hides the face and could be exploited by terrorists to commit operations.

However, a wave of criticism against her bill, slammed for violating personal freedoms, changed her mind.

A prominent human rights activist residing in Egypt who spoke to Al-Monitor on condition of anonymity for security reasons denounced the new bill as tantamount to patriarchal custody over citizens. “The whole world supports public and private freedoms. Only in Egypt, a bill is discussed to confiscate citizens’ freedom of choice,” he lamented.

“The articles of this bill are an outright violation of the articles of the constitution, which guarantees one’s right to choose one’s clothing, without being subject to any guardianship by any person. What is even more dangerous is that this bill applies to Egyptians and non-Egyptians, which means that it could infringe upon the freedom of foreign tourists in terms of their right to choose their own clothing.”

Article 54 of the Egyptian Constitution of 2014 consecrates citizens’ personal freedom as a natural right that is safeguarded and cannot be infringed upon. “Except in cases of flagrante delicto, citizens may only be apprehended, searched, arrested or have their freedoms restricted by a causal judicial warrant necessitated by an investigation,” the article says.

The human rights activist described the bill’s article requiring that people wear decent clothing in public places as “a loose article.” He said, “It is not permissible to propose laws with loose and vague legal provisions. This bill could be interpreted in different ways, and an unveiled woman could be condemned as being indecent for showing her hair.”

The bill also contravenes Article 99 of the 2014 constitution. "Any assault on the personal freedoms or sanctity of the life of citizens, along with other general rights and freedoms guaranteed by the Constitution and the law, is a crime with no statute of limitations for both civil and criminal proceedings. The injured party may file a criminal suit directly. The state guarantees just compensation for those who have been assaulted. The National Council for Human Rights shall inform the prosecutor's office of any violation of these rights, and also possesses the right to enter into an ancillary civil lawsuit on the side of the injured party at its request. This is as specified within the law.”

Moreover, Ajami’s bill violates Article 65 of the constitution, which guarantees the right to express freedom of opinion in any way. This article reads as follows, “Freedom of thought and opinion is guaranteed. All individuals have the right to express their opinion through speech, writing, imagery or any other means of expression and publication.”

The human rights activist concluded, “This bill is based on the principle of the propagation of virtue and the prevention of vice applied in Saudi Arabia. It would serve as a watchdog on citizens and their rights, and must be resisted and prevented.”

For her part, Ajami defended her bill. In a telephone conversation with Al-Monitor, she affirmed that she will introduce and discuss the bill before parliament’s Legislative Committee, despite any attack she or her bill might face.

The Legislative Committee is the competent authority for receiving, discussing and passing bills within the Egyptian parliament.

Ajami said the bill “aims to embellish the image of Egyptian society, plagued by insults and defamatory expressions that are thrown around without any consideration.”