The Palestinian Ministry of Agriculture is raising its GDP contribution to 30% over the next three years. 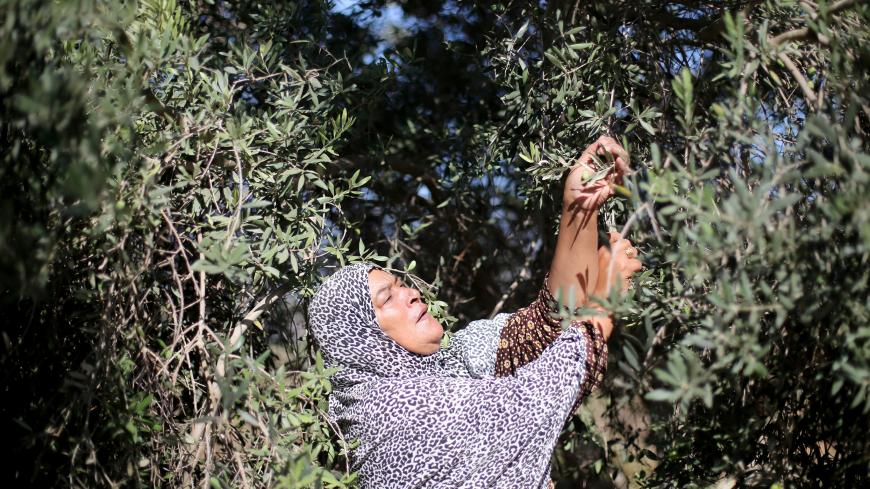 RAMALLAH, West Bank — The Palestinian Ministry of Agriculture is gearing up to announce a second agricultural cluster in Tubas governorate in the northeast of the West Bank.

Minister of Agriculture Riad al-Atari told Al-Monitor, “The Council of Ministers was supposed to announce the Tubas agricultural cluster on Nov. 25, but this was postponed due to the existence of emergency political items to be discussed. The matter was postponed to the Cabinet session on Dec. 2.”

The first agricultural cluster was launched Sept. 3 in Qalqilya governorate.

Atari said that before the end of the year other clusters are expected to be launched in the governorates of Jenin and Tulkarm. “The ministry also plans in 2020 to launch clusters in Jericho and the Jordan Valley,” he added.

He said that the strategic objective of the agricultural clusters plan is to increase agricultural production by 30%, through the reclamation of thousands of dunums (1 dunum is equivalent to 1,000 square meters, or 0.2 acres) of agricultural lands in those governorates and the construction of agricultural roads of hundreds of kilometers that help farmers reach their land. He added, “This also includes the establishment of infrastructure for agricultural work, such as new agricultural marketing companies, laboratories, packaging lines and refrigerators for storing agricultural products, in addition to planting 900,000 seedlings in different governorates, and encouraging women, young graduates and the unemployed to launch entrepreneurship projects.”

To finance its plan, the ministry relies on the partnership between the government, the private sector and civil society that attracts international support and projects. Without giving an exact amount, Atari noted that the budget of the Tubas plan will exceed that allocated to the Qalqilya plan. The budget allocated for the Qalqilya agricultural cluster is $23 million.

The plan includes works by the ministry in various fields in the agricultural sector such as irrigation, land rehabilitation and reclamation, construction of agricultural roads and financing of entrepreneurship projects for unemployed graduates.

On Aug. 19, Prime Minister Mohammad Shtayyeh announced grants and facilities to young graduates who are willing to live in the Jordan Valley and work with the residents on productive projects in a bid to strengthen the steadfastness of these residents.

Three years after graduating from the Faculty of Agriculture at An-Najah University, Maher Ghanem, 26, from Amatin village in Qalqilya had not found a job. But he has now been able to benefit from a project to raise bees in five beehives offered by the Ministry of Agriculture.

“The project is a good opportunity to start my own bee production project,” he told Al-Monitor. “I was granted this offer after the Directorate of Agriculture in Qalqilya verified that I meet all the requirements. I have a relevant educational degree and a good site for the project on land owned by my father to keep the beehives and develop the project.”

Ahmed Eid, head of the Agriculture Department in Qalqilya, told Al-Monitor that the grant Ghanem received is one of dozens of projects granted to unemployed graduates in the governorate. “This is the first experiment in preparation for the implementation of 100-130 similar projects, covering livestock breeding and agricultural projects for young people during the first half of 2020 with a budget capped at $20,000 per project,” he said.

Eid explained that since the launch of the Qalqilya agricultural cluster, a water tank was built in the village of Kafr Thulth. “A second tank is currently being built in Khirbet Salman, and work on the third tank in the village of Azzun al-Atma is expected to kick off soon,” he added.

Atari clarified that the basic idea of ​​the government’s clusters plan is to break with the Israeli market in the agricultural field. He noted, “We have achieved self-sufficiency in 12 agriculture commodities such as olive oil, olives, dates, broiler chickens and table eggs, cucumbers, tomatoes and grapes.”

The government has affirmed on more than one occasion that it is moving forward in its plan to achieve economic disengagement from Israel and strengthen national production. It seems necessary to achieve such disengagement to enhance, develop and invest in agriculture in order to raise domestic production quantities and quality.