The reputation of the Egg, a cinema in downtown Beirut, has gone from an eyesore to an incubator for new thinking. 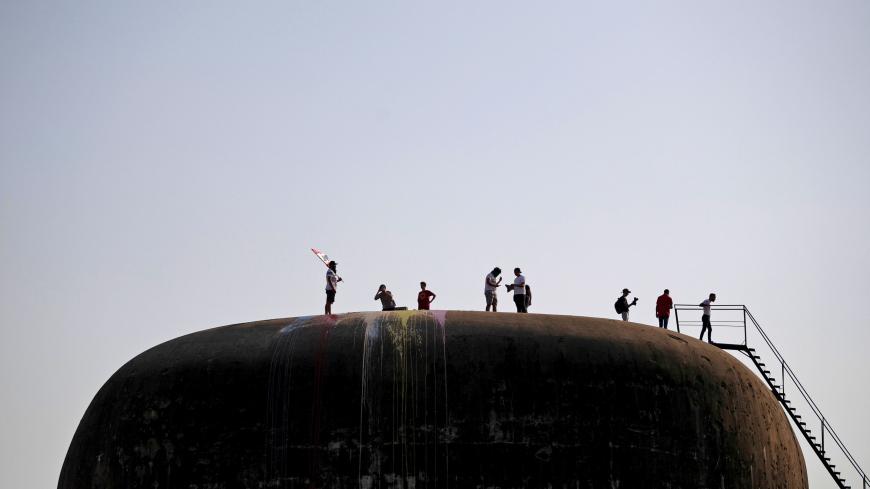 Demonstrators stand on the rooftop of the Egg, an abandoned cinema building in Beirut, Oct. 22, 2019. - REUTERS/Alkis Konstantinidis 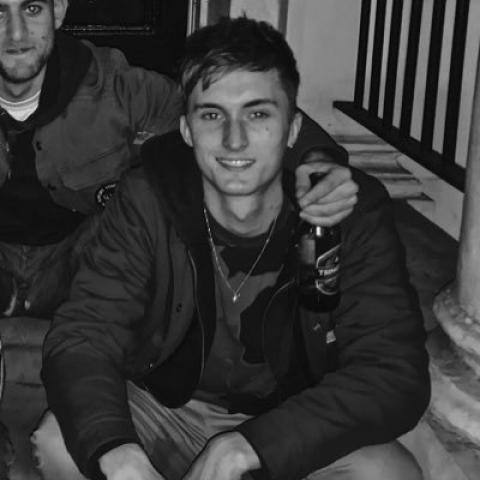 A reminder of a war-torn past, an eyesore, a concrete landmark to unfulfilled promises and broken dreams. For people who grew up in Beirut, even a fleeting glimpse of the infamous dome-like structure next to Martyrs’ Square evoked feelings of discontent and anger. Then came the revolution.

In 1965, the architect Joseph Philippe Karam received the commission to build a cinema in downtown Beirut as part of the first shopping mall in the Middle East. When the civil war broke out in 1975, construction on the project came to a halt, leaving the egg-shaped theater unfinished and condemned to more than a decade of brutal urban-warfare and decay.

Miraculously, as the war concluded, the structure christened “The Egg” remained, a survivor amid the ruins. Closed off to the public, it continued to stand frozen in time despite recurring rumors that Solidere, the company responsible for the postwar redevelopment of downtown Beirut, would soon demolish it.

Today, amid what many call the biggest demonstrations against the political system in Lebanon’s history, protesters have reclaimed Beirut’s Egg and radically transformed the abandoned cinema into a space for public lectures, debate and all-night techno raves.

“The Egg belongs to the people now,” said Rania Khoury, a university student and activist. “We are tired of the corruption, lies, and constant idleness of our leaders. If they don’t want to give us our own spaces, then we will take them ourselves. The occupation of the Egg symbolizes the revolution itself: if they don’t want to act, then we will.”

In the first couple days of the protests, the demonstrators tore down the metal barriers surrounding the Egg. Then the graffiti artists arrived. The concrete shell of the bullet-riddled dome quickly became tattooed with revolutionary slogans, political murals and colorful messages addressed to the establishment calling for everything from democracy to women’s rights. “We are coming for you,” read one message in fluorescent neon green. “The women want the fall of the regime,” read another, a variation on the slogan associated with the Arab Spring.

Effectively in a coma for nearly a half century, the Egg began to show signs of life. On Oct. 23, the “Eggupation” was born.

Against the backdrop of nationwide university closures, professors and students began coming together at the Egg for public lecture series and discussions around the theme of protest, sectarianism and youth movements. Before long, an impromptu revolutionary classroom emerged, calling people to class via Facebook.

“People wanted structure,” said an activist and organizer who requested anonymity. “We knew we had done something historic by occupying the building, but we wanted to actually build something meaningful that would advance the revolution.”

On the afternoon of Oct. 24, more than 200 people crammed into the war-torn theater to hear Charbel Nahas, an economics professor and former parliamentarian, deliver the lecture “Capitalism in Crisis.” Those who couldn’t find a seat chose to stand rather than leave. Many who didn't make it inside huddled together outside on the steps, despite the pouring rain, to hear what they could.

The lectures have covered a variety of topics, including nonviolence in general as well as specific tactics, such as effective strategies for shutting down traffic, and the case for live streaming parliament as a means of holding legislators accountable. The series, however, soon came under fire.

Many criticized the academics involved because the first lectures were limited to a small group, leading to accusations of exclusivity. Others took issue with the prominence of American and European professors in leading the public teach-ins. In addition to mainstream partisan news outlets questioning their role as “suspicious,” the presence of these professors fed into allegations by Hezbollah aimed at denying the legitimacy of the protests by claiming that they were largely Western backed.

As a result, with the revolution on the streets outside the Egg adapting to become more inclusive, students and activists began rebuilding the event structure from the bottom up. Within a few days, a program of horizontally organized discussions, open mics and film screenings with stuttering projectors took shape. At an event on maintaining good mental health on the frontlines of the revolution, protesters from an array of professions, including psychologists and lawyers, took turns on stage to share their expertise.

When night fell, pounding techno could be heard emanating from inside the cinema’s walls. Young people threw parties with an alternating ensemble of DJ sets, their sounds punctuated by anti-government chants and strobe lights creating a pulsating Lebanese flag.

“There are many who say that the revolution shouldn’t be a party, that we shouldn’t be able to dance. But why?” asked a DJ who gave his name as Rami. “Music allows us to channel our frustration peacefully.”

Dripping sweat next to booming speakers, Rami further remarked, “The other day Hezbollah supporters tried to storm the Egg after attacking us on the street and destroying the camp in Martyrs’ Square. We responded that night with more music. We wanted to show we were not scared.”

For many, it is impossible to imagine the spaces in the Egg being silenced once again and things going back to the way they were. Despite the best efforts of students to blocks roads and entrances to campuses across the country, universities are beginning to reopen. With young people constituting much of the revolution's lifeblood, it is unclear whether the Egg will remain a space for self-expression or if conversation will be slowly forced back into the confines of the university classroom.

“The universities want us to choose between our education and what’s happening on the street, our duty as citizens and our duty as the youth,” said Hala Kfoury, an art student at the American University of Beirut. “If we have to go back to university, then so be it.… We will study by day and reclaim the Egg by night.”

On Nov. 8, thousands of students took to the streets in defiance of universities and schools reopening, providing added momentum to the 20-plus day nationwide protests against the rampant corruption of the ruling class.