Jordan is planning to obtain excess US fighter jets and large transport planes, part of an ongoing counterterror effort in the Arab kingdom. 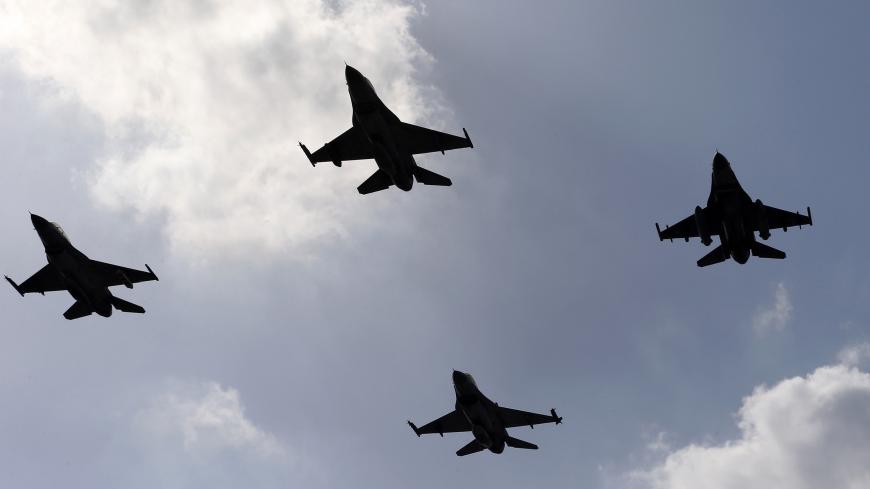 Jordan has obtained spare American fighter jets for an undisclosed sum and plans to upgrade large transport planes, a State Department official told Al-Monitor, as the Pentagon has moved in recent months to cultivate Middle East interest to keep production going for aging US weapons systems.

The agency OK’d the provision of F-16 fighter jets to Jordan in September through the US government’s so-called Excess Defense Articles program, known as EDA. The official, speaking on condition of anonymity, said the Arab nation plans to use the planes, which the US Air Force no longer buys, to provide spare parts to its current fleet.

Amman will integrate the Lockheed Martin-made C-130 Hercules into its arsenal only after upgrading the avionics and traffic collision systems onboard the aircraft, the official said, which will depend upon the availability of Jordan’s funds for the project. The United States has already provided Jordan with two of the aircraft in the past two years.

Jordan received more than $30 million in Pentagon military aid for the fiscal year that ended in September, mainly to help reinforce communications networks around the country’s border areas, as the longtime American partner has faced threats from terror groups such as the Islamic State (IS). The nonpartisan Congressional Research Service estimated that as many as 4,000 Jordanian fighters left to join the militant group on battlefields across the Middle East and North Africa since 2011.

But Jordan’s homegrown efforts to counter radicalism have floundered since the government first announced a plan to curb militancy in 2014, experts say, a result of weak implementation and focus on bureaucratic instead of social channels.

“Even though a special authority was established to combat extremism, the official conception of this body has continued to oscillate and has remained unsure of the role it can play at the civil level,” Saud al-Sharafat, a former brigadier general in Jordan’s General Intelligence Directorate, said in a blog post for the Washington Institute in August.

The United States has helped put up several barriers along sections of Jordan’s border to stop refugees and IS militants from getting into the country, where sluggish growth has failed to meet the government’s ambitious targets, leading to allies floating a $2 billion economic lifeline to Amman at a conference in March. The United Nations High Commissioner for Refugees estimates as many as 672,000 Syrian refugees are currently registered in Jordan, and the US government has provided as much as $1.3 billion to offset that burden.

The move to add to aging arms programs comes as the Pentagon has pushed US partners in the Middle East and elsewhere to invest in older American weapons systems to keep the production lines humming. The Donald Trump administration is trying to load up on long-range precision fires and other arms that could be used in a potential conflict with China or Russia.

In September, then-acting Army Secretary Ryan McCarthy visited Emirati Crown Prince Mohammed bin Zayed in Abu Dhabi in an effort to get the UAE’s de facto leader on board with a plan to buy 10 Boeing-made Chinook heavy-lift helicopters, which became nearly ubiquitous in the post-Sept. 11 war in Afghanistan.

That could help offset political turmoil over defense program cuts that have deviled modernization efforts. The Army plans to significantly pare back the program in order to invest in future capabilities, a move that has generated strong protests from Congress. The United Kingdom plans to buy an additional 18 of the rotorcraft.