Latest Israel-Jordan crisis: One too many?

After 25 years of a cold but stable peace, should Israel stop taking for granted its relations with Jordan and start to invest real effort and resources into it? 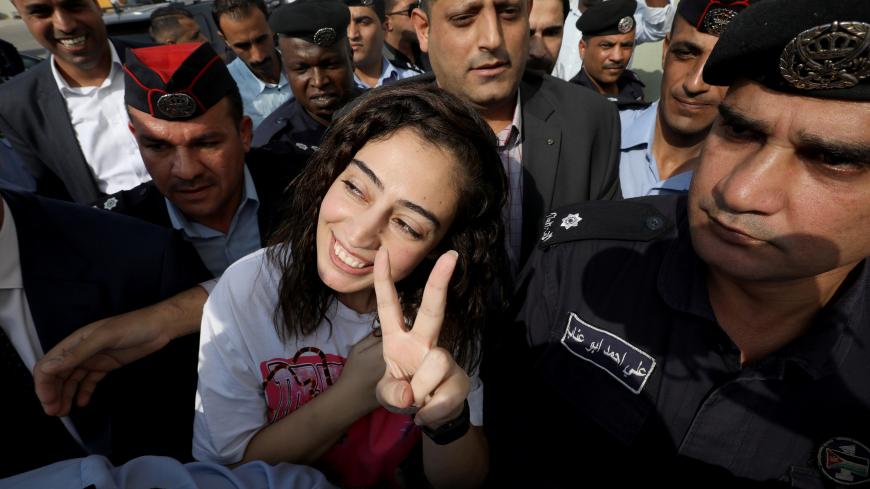 When Heba Labadi and Abdulrahman Meri, the two Jordanian detainees released by Israel on Nov. 6, crossed the Allenby Bridge, they looked as if they won the unending battle for public opinion. Indeed, Labadi’s hunger strike and the public pressure in Jordan did their part — the Hashemite Kingdom returned its ambassador from Israel and forcefully demanded the return of two of its citizens who had been arrested separately on suspicion of security breaches. Finally, Israel conceded to the Jordanian demand and released the two. Soon the Jordanian ambassador will return to his residence, and relations between Amman and Jerusalem will be restored — until the next crisis. On Sunday (Nov. 10) Israel is expected to return to Jordan the Naharayim and Tsofar farmland enclaves, after Jordan refused to renew the lease.

This crisis raised a number of questions: After 25 years of cold but stable peace and close security cooperation, should Israel stop taking relations with Jordan for granted and invest more effort and resources into it? Would it have been possible to prevent this unnecessary crisis in Israeli-Jordanian relations, when the two nations see the agreement between them as strategically important? Did Israel have any other way of acting in face of the built-in tension between its wish to maintain good relations with Jordan and the need to defend national security?

“Israel is used to thinking solely through the prism of security. But sometimes the security establishment uses all the tools at hand without thinking twice about whether it could harm diplomatic relations. This time, there was no thought about the identity of the detainees. Besides being Palestinians, they are first of all Jordanian citizens,” Ido Zelkovitz, head of Middle East studies at the Max Stern Yezreel Valley College, told Al-Monitor.

According to the data from human rights group Betzelem, as of the end of August 2019, Israel held 413 Palestinians in administrative detention (namely extended detention without a trial date). Former Ambassador to Cyprus Michael Harari, who is today a research associate at the Mitvim Institute for Regional Foreign Affairs, told Al-Monitor that in the case of the arrest of foreign citizens, it’s customary to notify their country of origin regarding the arrest and share existing information with it. “When the information is problematic and does not allow the start of a judicial process, there’s a dilemma of what to do with it and how to proceed. In any case, it’s customary for there to be a channel of communication with the other side and cooperation with it,” Harari said, recalling that Israel and Jordan have full cooperation in the realms of security and intelligence.

“I suggest not eulogizing relations with Jordan,” former Minister of Internal Security Gilad Erdan said Oct. 30 when he was asked about Labadi’s hunger strike. According to information published in the Israeli press, Labadi was suspected of cooperating with Hezbollah and attempting to recruit militants in the West Bank to the organization.

Indeed, peace with Jordan has survived many trials since Prime Minister Yitzhak Rabin and King Hussein signed it into force by in 1994. Regional shakeups, a terror attack, the Al-Aqsa intifada, the 1997 failed assassination attempt of Hamas leader Khaled Meshaal in Jordan’s territory and a diplomatic freeze with the Palestinians — all of these events didn’t succeed in pulling the rug from under the feet of decision-makers on both sides. Despite the many challenges, they continued in the path of peace.

“The current crisis has ended, and in my view, this is proof of the stability of our relations,” said Abdullah Sawalha, founder and director of the Center for Israel Studies in Amman, Jordan.

. “It’s too bad that the crisis spilled over from the level of security to the media and political realms. Our relations are very important, and even if not everyone is happy with them, we have to keep to them,” Sawalha added.

However, one can’t ignore that in recent years Israeli-Jordanian relations have deteriorated, at least in the public eye. Despite the essential issues, such as the freeze in the peace process with the Palestinians and Israeli declarations about the possibility of annexing the Jordan Valley, a series of small but potentially explosive crises have burdened the relationship between the two nations. A prominent example is the 2017 warm embrace by Prime Minister Benjamin Netanyahu of Ziv Moyal, a security guard at the Israeli Embassy in Jordan who shot the owner of his apartment in Amman and another Jordanian under unclear circumstances. Jordanian officials were astonished that instead of lying low, the prime minister held a celebratory reception for the guard with the participation of the Israeli Ambassador to Jordan Einat Schlein. Amman felt that this move humiliated the king and embarrassed his position. Israel later had to apologize to the Jordanians for the incident and pay reparations to the families of the victims.

This incident, like other incidents before and after it, didn’t bring an end to the strategic relationship between the two nations, but “any such incident creates great frustration among Jordanians who believe wholeheartedly in peace with Israel, but also feeds the hate among those critics who don’t look kindly on relations between Israel and Jordan,” Zelkovitz said. “On our side, we are certain we can get over any crisis — even the worst. But any crisis harms the relationship and those elements in Jordan that believe the relationship with Israel is essential.”

In recent months, King Abdullah II has refused to meet with Netanyahu and even rejected his request to talk on the phone. A diplomatic source in Jordan told Al-Monitor on condition of anonymity that “in light of the poor state of relations, the king has nothing to gain from such meetings or conversations. We need actions and not only words.”

In the meantime, Israel continues to pretend nothing has happened. Deputy Defense Minister Avi Dichter answered on Nov. 6 a parliamentary question from Knesset member Tamar Zandberg of the Democratic Camp, saying “the arrest for interrogation and continued administrative detention was done in the clear interest of maintaining the security of the state.” In his response, Dichter chose not to discuss the potential harm to Israeli-Jordanian relations.

Amman is now celebrating the public relations victory over Israel, although some criticism has already been heard on social media of Labadi’s support for Hezbollah and her criticism of Jordan and other Sunni states. “How did Israeli-Jordanian relations become hostage to someone who is against Jordan? I believe we must create an organization that would prevent such crises, an organization that would include experts and representatives of civil society,” said Sawalha.

In light of the political vacuum in Israel, lacking a new government, the weakness of the Israeli Foreign Ministry and the distancing of senior diplomats from positions of influence, it seems that any possibility for such a move is quite unlikely.